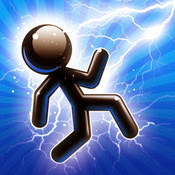 Odessa, Ukraine - Synaptic Wave is pleased to announce that the number of Tesla Wars players has exceeded 3,000,000. Tesla Wars is a very popular action and tactic game with excellent graphics and now is Free. The player's aim is to defend the last Tesla Tower against myriads of enemies as long as possible. They use chainsaws, tanks, missiles and other weapons and attack from land, air and even underground.

Player can use powerful Specials, as well as mines, toxic bombs, freeze, electromagnetic storm and even earthquake. Rewards for every killed enemy with points and game money can be spent on improving Specials, recovering energy, repairing of the perimeter, etc.

It is possible to organize a mini Tesla Wars competition with the family or friends using in-game user profiles. This will help quickly find vulnerabilities of each kind of enemy and develop the most effective tactics for Tesla Tower defense. Integration with Game Center, Facebook and Twitter allows player to share achievements in Tesla Wars with millions of people around the world.


Feature Highlights:* Exciting gameplay with incredible number of levels * Unique playing world with excellent graphics * 11 kinds of enemies requiring individual combat tactics * 9 unique Specials * 100 upgrading levels of Specials * More than 25 Achievements * Up to 10 in-game user profiles * Game Center integration with full support of Achievements and Leaderboards * Facebook & Twitter integration * Ability to change the color of blood * Possibility to play music from iPod's Library Device Requirements:* iPhone, iPad, or iPod touch * iOS 5.1 or later Pricing and Availability:Tesla Wars for iPhone/iPod and Tesla Wars HD for iPad is now free and available worldwide through the App Store in the Games category. Purchase and Download  Synaptic Wave is an independent development company founded in 2009. With a focus on entertainment, Synaptic Wave creates various gaming and business apps for the Mac and iOS platforms. 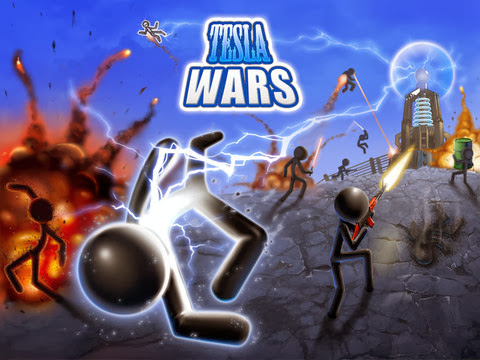