Had a quick try-out of the P.A.W.S. press preview build tonight.  It's a little difficult to gauge quite how similar to the full game this will be, especially as the power ups seemed to be limitless (obviously this was only for the press preview copy!) - rendering every level effortless if you wanted it to be - and obviously there was no storyline, tutorial etc that I expect will be in the full release.  It's very simple to control however and you'll have absolutely no trouble getting to grips with the interface.  It's a turn-based strategy game with a definite emphasis on casual gaming.

The game features nice cartoony graphics and some nifty tunes already, and the game is very easy to pick up and play.  Of the dozen or so levels I tried out, none are difficult, though some require you to be decidedly more careful with how you use your moves than others.  The animations are cool too.  The game will definitely appeal far more to the casual market than the strategy market, as there is little depth to the game - although that may not be fair to the game as I assume what I've seen are only the early levels.  To quote from the game's Kickstarter page: "The simple gameplay rules do not limit the complexity of the game. As you progress, PAWS rivals advanced strategic wargames". 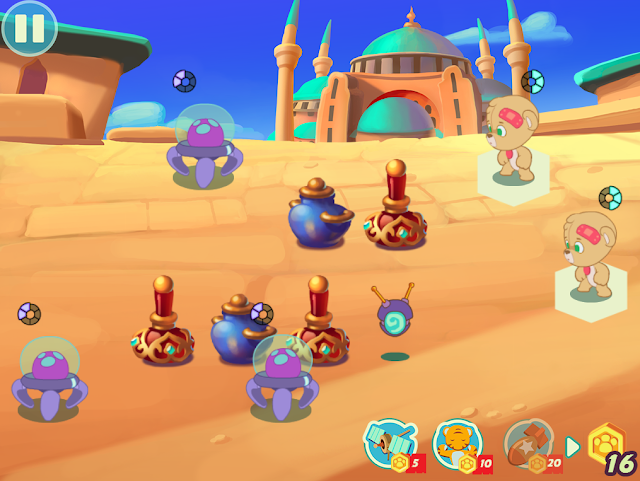 So it looks pretty good so far.  I can't tell you a lot more about the game at this stage, if you're interested please do check out the P.A.W.S. Kickstarter Page, which is itself rather in need of a  kickstart at the moment.  I should also mention that the levels are randomly generated, so replayability should be high.


The game is due for release on PC, iOS and Android.


A small update on this after a quick chat with one of the developers - later levels include escort missions, capture the flag and boss fights, and there will also be p2p in the final game.  All sounds good!