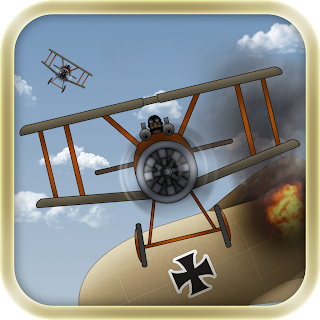 Dublin, Ireland - Greedy Robot today is proud to announce the release of Air Ace for iPad 1.0. Following on from the successful launch of Air Ace for the iPhone and iPod touch platforms, Greedy Robot continues to expand in the exciting and dynamic gaming market after significant demand for an iPad version of the game.

The game, Air Ace, has been in development by Greedy Robot for over a year. It's the brainchild of software programmer Ciaran Mitchell, who has worked in the past for a number of Irish and international technology companies and financial institutions.

Air Ace is a humorous and highly addictive World War One aerial combat game, featuring a cast of characters including the moustachioed hero, Percy Plantagenet Sommerset-Smythe. Best of all, it's free! With machine guns and bombs at the ready, players follow Percy's adventures in stunning HD graphics through the Western Front, the frozen hell of an Eastern Campaign and all the way to the searing heat of the desert.

Contending with aerial targets along the way, players must pulverise ground targets from trenches to bunkers as Percy braves bruising battles in his trusty airplane. His commander, Major Barkington, guides Percy as he navigates the road to victory! Earning points as they go, players can us them to purchase upgrades from machine guns to flame throwers to give the enemy a real thrashing.

"It's an exciting time for the Irish technology sector," said Ciaran. "Irish firms continue to demonstrate innovation and entrepreneurial leadership in the international tech-business community." As Air Ace joins burgeoning Irish online gaming scene, Greedy Robot is hoping it will become a popular favourite on the iTunes App Store. Additional updates and features are planned. Chocks away!

Pricing and Availability:
Air Ace for iPad 1.0 is Free and available worldwide exclusively through the App Store in the Games category.

Download from iTunes
Greedy Robot is an independent games development company based in Dublin, Ireland. Founded in 2013, their mission is to produce fun, rewarding and engaging games for touch platforms. 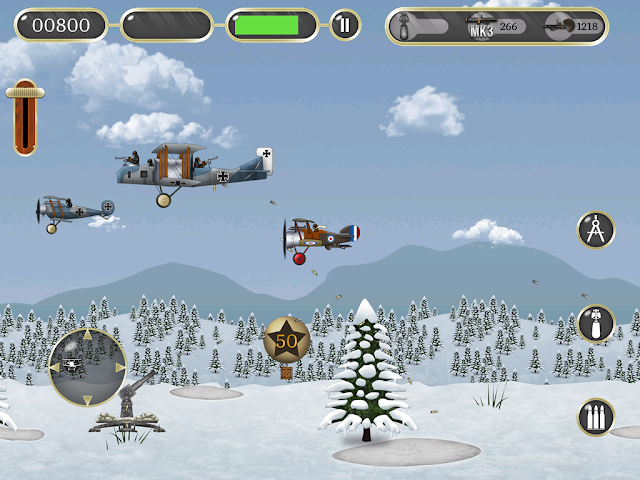