Reviews - Interviews - Buy Games - Online Games - - Twitter - Google+ - Patrons
Releasing tomorrow from Screen7, I've been getting pretty engrossed by my preview build.  With its setting the gives rise to virtually limitless variety of locations, and everything is depicted with gorgeous retro visuals.  The puzzles can be quite tough but give you a great feeling of satisfaction when you work them out, and there's an in-game hint system when you visit Merlin.  I've already experienced adventures in olde England, Akkadia, France, and Guatemala.  Tales looks set to be a pointnadclick game that you just can't stop playing!
Screenshots: 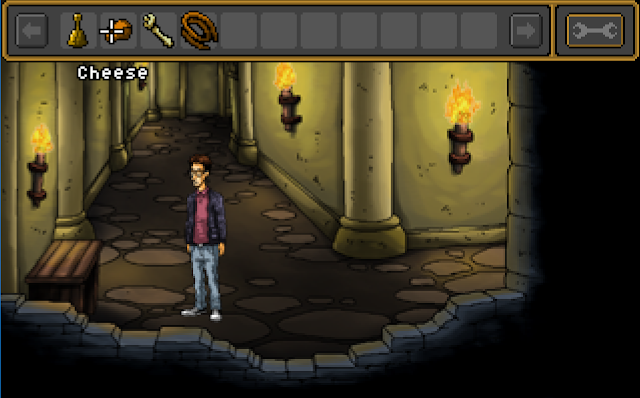 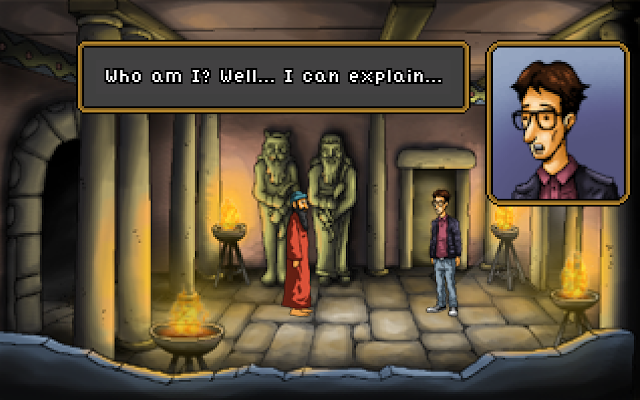 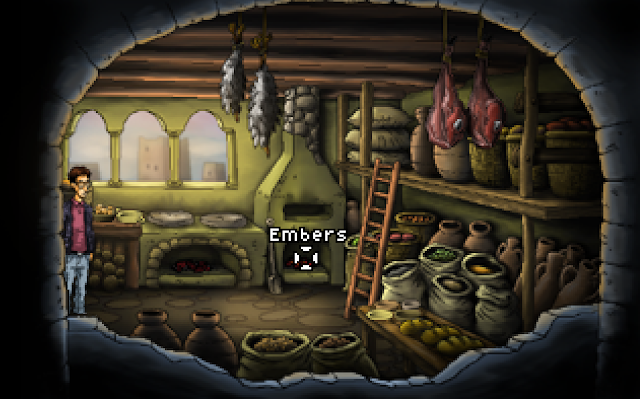 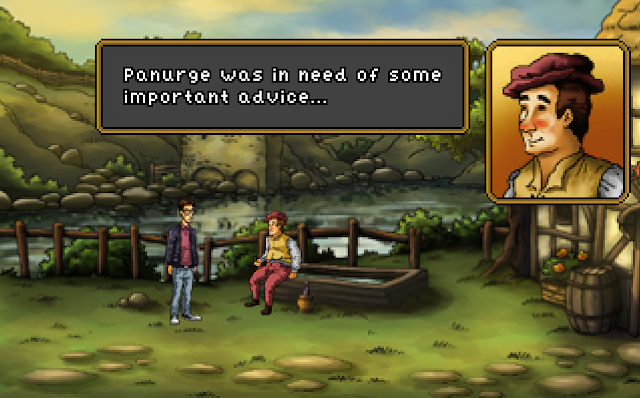 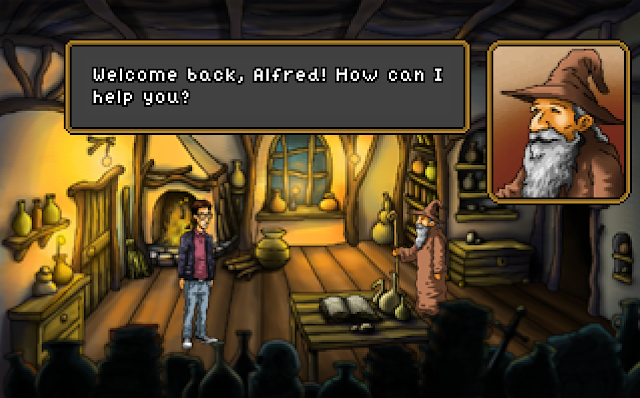 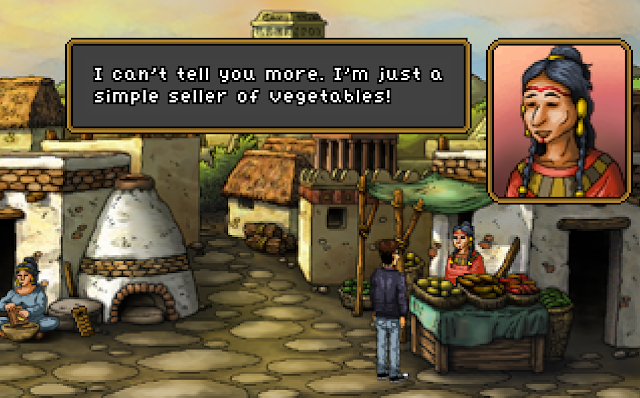 11 November 2016 - The world’s most popular gaming awards and the only one voted for by the gaming community - Golden Joystick Awards - takes place in just one week's time and will be exclusively available to watch live at https://www.youtube.com/watch?v=sVqNIR4DDlg.
Broadcasting as live from 3pm (GMT) on Friday 18 November, this will be the only place to see the action as and when it happens, and find out first who the winners of the world famous Joystick gongs are.
With the awards hosted by James Veitch, one of Britain’s brightest emerging comedic talents described as “... ingenious” by the Independent and as having a “... wicked sense of humour” by the New York Times, the YouTube stream will be brought to you but the UK’s first lady of gaming Julia Hardy (BBC Radio 1, Sky News, SB.TV) and will give triple-A access to all the backstage goings-on and exclusive interviews with the evening's winners.
But this in not the only way to watch the show. For the first time in the 34 year history of the awards, you can attend the event in person with a limited number of tickets still available to buy for £10 from www.goldenjoysticktickets.eventbrite.com - but move fast as they are only on sale until 17 November and only a handful are still available.
The Golden Joystick Awards is proud to work in partnership with Bandai Namco, Green Man Gaming and Guinness World Records, and media partners The Sun, Digital Spy and Absolute Radio.
Want to help CaptainD make #pointandclick adventure games (and other genres maybe), as well as helping him continue to blog about #indiegames in general? Check out his Patreon Campaign.

Detective Gallo on the case!

Detective Gallo is a gorgeous-looking hand-illustrated and hand-animated point & click, comic-noir adventure game.  Its protagonist is a feathered and grumpy private eye struggling with a very tricky case, bizarre characters, and puzzles that will put his insight and patience to the test.  Exotic plants are being murdered, and something sinister is going on beyond what is at first evident...  "For the most cynical and sarcastic detective there is, a case that starts out as trivial domestic abuse will turn out to be the most intricate investigation he and his cactus(!) have ever seen..."
Detective Gallo has recently been Greenlit, and is seeking funding support through eppella, a crowd-funding site I admit I've never heard of before, but I presume they're a bit thing in Italy.  At any rate this looks like a game well worth supporting with sumptuous visuals and a wonderfully quirky plot.  Check out the Funding Campaign and also the game's alpha demo. 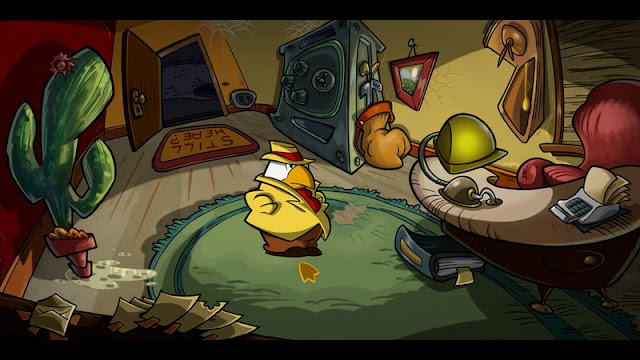 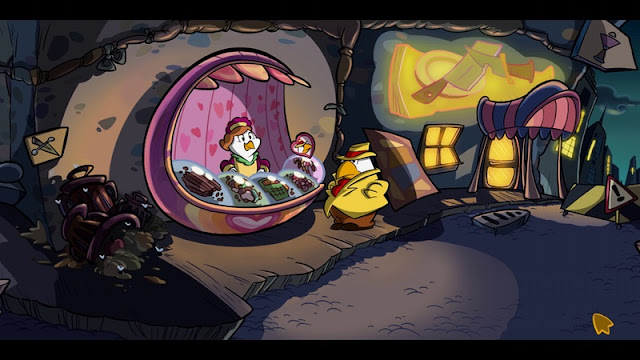 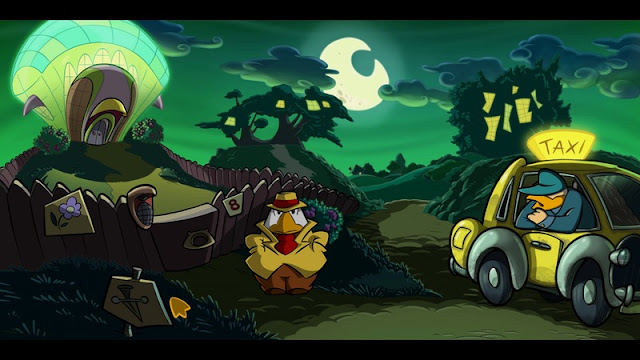