Avoid asteroids and crash into fun with Space Navigator

Vancouver based TopLineSoft Systems today announces Space Navigator and Space Navigator Lite for the iPhone, iPod touch, and iPad. Offering an innovative strategic arcade experience, Space Navigator places users in the navigators chair and tasks them with landing differently colored space shuttles onto planets of the appropriate color simultaneously without causing mid space collision between either the various shuttles or between shuttles and other meteors.

Vancouver, Canada - TopLineSoft Systems, an emerging developer of mobile games for modern smart-phone platforms, has announced the release Space Navigator 1.0. This game is developed as an arcade-style third-person flying experience that employs strategic planning and multitasking elements as well. Space Navigator charges its players with commanding a fleet of vibrantly colored space shuttles to safety, landing each colored shuttle onto a planet of the same color.

Users need to utilize both planning skills as well as their own agility to make sure each shuttle lands without hitting on another or being destroyed by a rogue asteroid. Both the full version of Space Navigator as well as Space Navigator Lite are currently available on the Apple App Store. An iPad compatible version of the game is now available as well.

Due to its structure Space Navigator offers a gaming experience that can be enjoyed time and again without growing repetitive or dull. As users play through the game it slowly but surely escalates in its complexity, continuously challenging players even if they become more and more adept to its gameplay. Furthermore, because the game arranges the lay out of planets, shuttles, and incoming asteroids randomly with each game, users will never play through the same situation twice. Though the Lite version of Space Navigator may only allow users a limited amount of gameplay, the full version of the game has nearly boundless potential to entertain and challenge users.

Space Navigator boasts crisp and detailed 3D graphics and a well balanced mix of alternating soundtracks and life like sound effects. Space Navigator's innovative control layout is very responsive, allowing for maximum control, while in-game danger warnings alert users should any of the shuttles under their command come too close to other objects in the game and risk colliding with them. Players have access to Auto-Save and Auto-Restore options while playing to maintain on-going games and can save their best game results as well. Exciting and mentally engaging gameplay together with Space Navigator's original premise differentiate this mobile game from others in its genre, ensuring that it will captivate and entertain everyone who experiences it.

Space Navigator 1.0 is only $0.99 USD (or equivalent amount in other currencies) and available worldwide exclusively through the App Store in the Games category.

TopLineSoft Systems is an exciting new mobile applications developer located in Canada currently focused on providing consumers with the highest quality strategic action games for the mobile marketplace. The developer is currently committed to creating in-depth and mentally engaging mobile gaming experiences, with a special focus on gaming apps for Apple's mobile platforms. 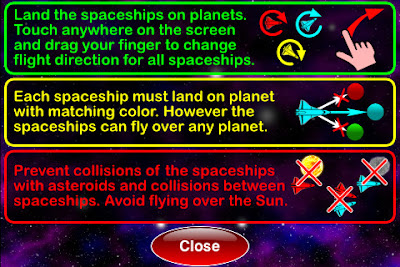 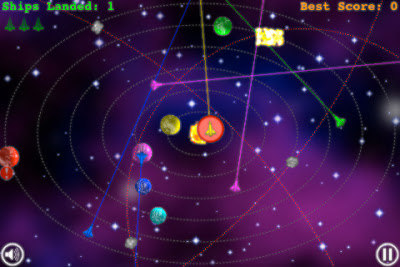 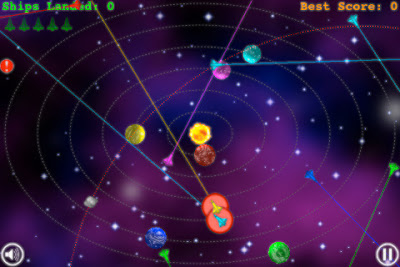