Ancient Quest of Saqqarah by Codeminion now available on iPad!

Warsaw, Poland, 24th of November, 2010 – Renowned game developer and publisher Codeminion, announced today the release of the iPad version of puzzle game classic, Ancient Quest of Saqqarah. The game is immediately available for purchase at the Apple AppStore for 6,99$.


The original Ancient Quest of Saqqarah was an instant hit when released in 2008 on PC and Mac. Receiving numerous 5 out of 5 star reviews and selling over 175,000 copies it established its position as “the puzzle game”. Distinguished from all other puzzle games on the market, Saqqarah boasts over 500 different levels and 7 types of unique game play. With beautiful graphics and featuring the voice of Michael McMconnohie (Diablo 2, World of Warcraft), the game brought casual games to a new benchmark, appealing to not only the casual gaming crowd.

Quoting acclaimed casual game site Gamezebo: “Ancient Quest of Saqqarah doesn’t just stand up there with the medium’s best desktop time killers – in many ways, it’ll also change the way you look at them going forward. Whereas most mainstream-friendly amusements attempt to do one thing well, this landmark game instead delivers multiple thrills in a single, attention-grabbing package.” The website also called the game “a benchmark against which to score all future competition”.

Ancient Quest of Saqqarah is a match-3 game, featuring stunningly detailed graphics, immersive sound effects and addictive, unique gameplay mechanics. The player’s objective is to restore the ruined temples and defeat Seth, the evil god among ancient Egyptian deities. The levels progress in difficulty and type, with bonus stages mixed in between. As Codeminion co-owner Konrad Olesiewicz said: “When asked about match-3 games most people immediately think about games like Bejeweled or Jewel Quest. I think that the iPad audience will be pleasantly surprised when they see how a next-generation match-3 game looks like. I am thrilled that we were able to implement all of the amazing effects and features from the original game in the iOS version.”.

Featuring graphics like no other match-3 game, Ancient Quest of Saqqarah is not only fun to play, but also pleasant to watch. “The first thing you’ll be struck by is the title’s riveting presentation, which uses convincing voice-overs, slick cinematic sequences and dazzling smoke, flame and electrical effects to instantly entertain and captivate” wrote well known casual game reviewer Scott Steinberg. The iPad version of the game also introduces new features not present in the original game for the PC, like the ability to upload awards and trophies to Facebook.

Ancient Quest of Saqqarah is immediately available for purchase at the Apple AppStore under the name Saqqarah HD. 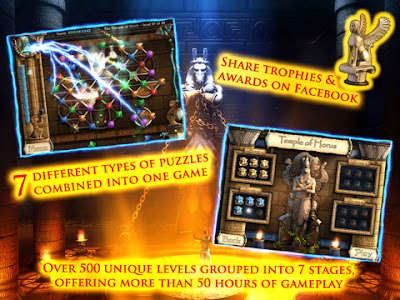 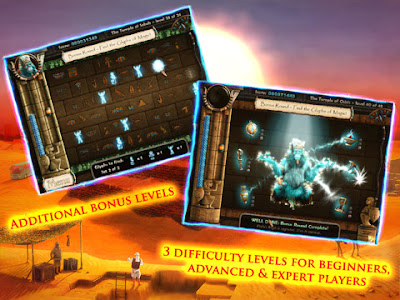 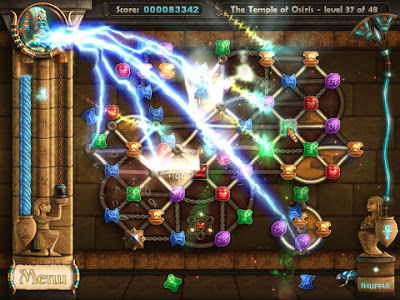 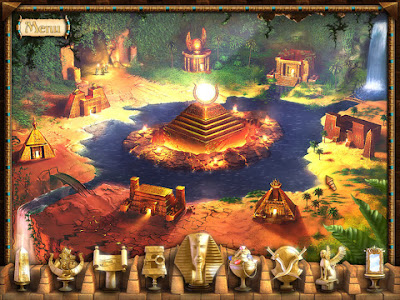 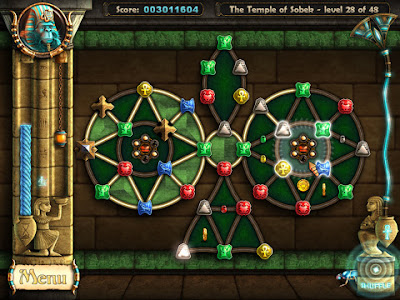