Chicago based Zing! Apps, LLC today announces Snake Classic 2.0, its first game title for iPhone, iPad and iPod touch devices. Snake Classic aims to be the snake game on every single iOS device. It captures true classic mobile gameplay along with a fresh look designed for next generation mobile devices. The gameplay stays true to the classic, with the experience adding a host of modern iOS features such as a Global Leader Board, Facebook and Twitter integration, and much more. 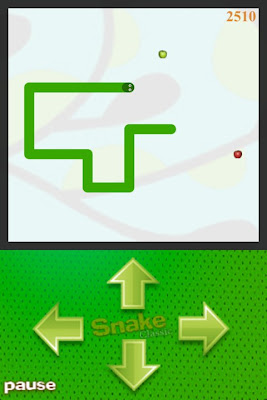 Chicago, Illinois - Zing! Apps, LLC , a mobile applications developer and publisher, today announced its first title for the iOS: Snake Classic(TM), available now on the App Store for Free. It's a smartphone version of the game that first gained popularity among users of Nokia feature phones in the 90s. The gameplay stays true to the classic, with the experience adding a host of modern iOS features such as a Global Leader Board, Facebook and Twitter integration, Retina display optimized artwork, and more.

Snake is one of the most widely distributed mobile games ever created, yet has not had much success on the iOS. That is what Swapan Rajdev, Founder of Zing! Apps and developer of the game, is looking to change. "I was addicted to Snake on my Nokia 3300, playing for hours at a stretch, but couldn't find anything as fun for my iPod touch," says Rajdev, whose day job is that of an Enterprise Technology Consultant. "Hence, the idea of Snake Classic for the iOS was born, essentially to fulfill a personal need."

The app was released worldwide on October 1, with version 2.0 going live last week. Rajdev says the idea was to do a public beta, taking an iterative and incremental approach to development based on user feedback, which has been overwhelmingly positive. The app has a 4 star rating based on an average of more than 75 reviews. "Freaking awesome app," says Noony06 from Australia. "Definitely a must have for the ppl that remember the good ol nokia snake game. Well done creators. Fantastic little app." Bballgirl from the United States adds, "I usually play snake on Facebook but now I can play it to go and it's 10x better!!!"

With this new version, Rajdev says the game is now complete as he envisioned it, and believes iOS users finally have the Snake game they have been waiting for.

Pricing and Availability:
Snake Classic 2.0 is free and available worldwide exclusively through the App Store in the Games category. The game offers the option of purchasing an ad free version for $0.99 that has all premium features such as Fields and Wallpapers unlocked and ready to use. These premium features can be unlocked in the regular free version of Snake Classic by trying out recommended free apps.


Located in Chicago, IL, Zing! Apps, LLC is a maker of cutting edge smartphone applications for the iOS, Windows 7 and Android platforms. Founded in 2010 by Swapan Rajdev, a Computer Engineering graduate from the University of Illinois, the company's first title Snake Classic was released on the iOS in October, 2010 and has since received rave reviews.
Labels: ipad, iphone, ipod touch, new release, retro