Dexetra announces the successful launch of TryCube 2.0 for the iPhone, iPad, and iPod touch. Created to provide users with the highest quality puzzle gaming experience available for mobile platform, TryCube 2.0 is a three dimensional Rubik's Cube style game problems. The app tasks users with untangling a digital cube to make on full plane line up with a pre-determined two dimensional picture of square plane. 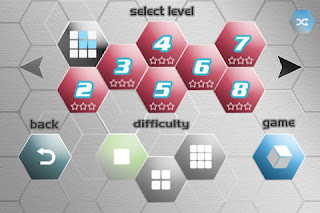 Cochin, India - Dexetra, a burgeoning new mobile developer focusing on both software solutions as well as games, has announced the successful launch of TryCube 2.0, the company's newest entry into the mobile gaming arena. With a focus on leisurely yet mentally intensive geometric puzzle-based entertainment, TryCube 2.0 echoes the timeless entertainment of Rubik's Cube style puzzle action while bringing it's own digital spin on this classic form of riddle game. A unique brain straining yet endlessly entertaining and highly addictive puzzle app, TryCube 2.0 is currently available for purchase through the Apple App Store.

More specifically speaking, TryCube 2.0 pits the player against a twisted three dimensional grey cube separated into 27 smaller cubes, a limited number of which are blue rather than grey. The player is provided with a pre-set 2-D illustration of a square plane separated into 9 separate square surfaces, some of which are also blue, and tasked with untwisting the main game cube so that one plane of its blue cube falls in line with the position of the blue cubes in the pre-set 2-D image provided at the beginning of the puzzle. This concept allows TryCube 2.0 to offer users an unlimited amount of different solutions to every one of it's levels and in the process creates a puzzle gaming experience that has immense replay value and can be enjoyed time and time again.

Though perhaps complicated in its design, TryCube 2.0 remains an intuitive gaming experience and has a relatively low learning curve due to its extremely fluid design and responsive game controls. Gameplay itself is innovative and the game exploits Open GL to the fullest en route to providing the highest quality mobile puzzle experience currently available. TryCube 2.0 includes 32 unique levels and 3 separate levels of difficulty on which users can play each level. For novices to the puzzle genre, TryCube 2.0 comes complete with a full animated tutorial to show new players the ropes before the embark on the game's campaign for themselves. In a marketplace filled to the brim with puzzle games of every kind TryCube 2.0 differentiates itself as the first full blown mobile puzzle experience.

Pricing and Availability:
TryCube 2.0 is only $0.99 USD (or equivalent amount in other currencies) and available worldwide exclusively through the App Store in the Games category. 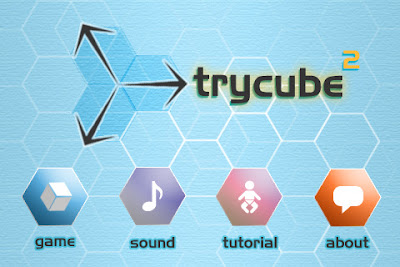