Hydrothermal is a city simulator game by Nuclear Nova Software where you create a space colony and ward off space invaders. You control every aspect of your city, from the basic layout to taxes and laws. The game has been ported to the iPad from a game released on the Mac about 6 years ago.  No iPhone version is currently planned (the screen is too small to make the idea practical).
Get it now on iTunes: 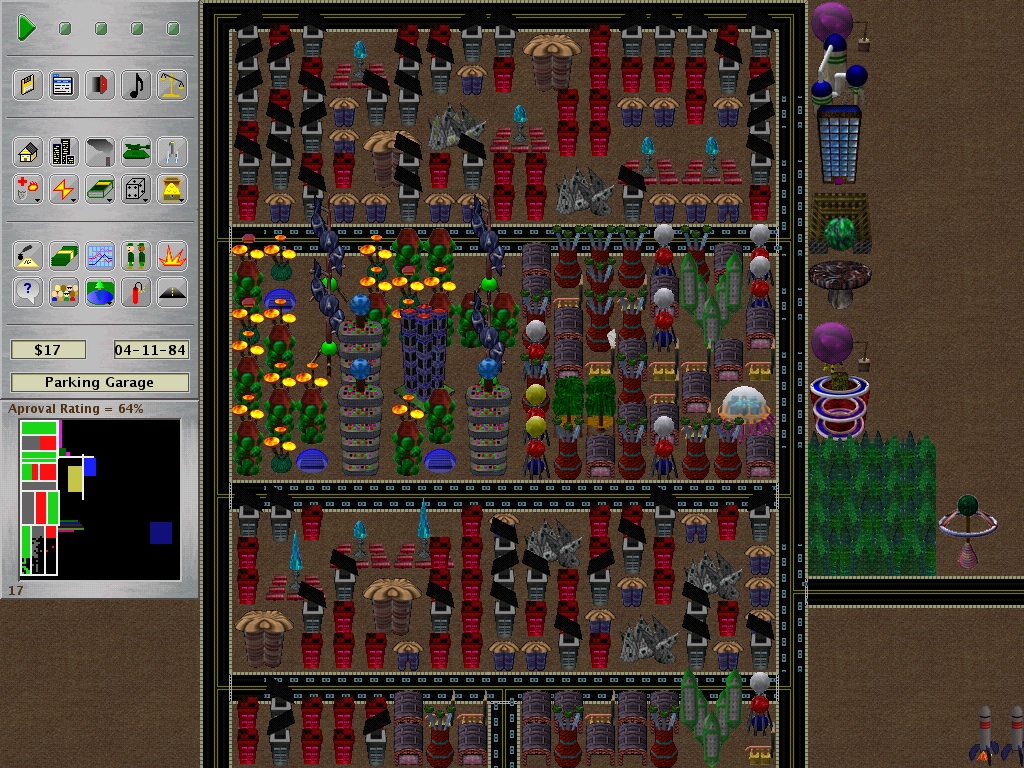