To the Moon by Firebird Games is a fascinating game, which in some ways isn’t a game at all.  Though it clearly looks like an RPG (I’m assuming made with RPG Maker XP or VX), and has some similarities, game play is simple and very definitely takes a back seat to the story telling here.  The game features are simple exploration and puzzle segments, with a couple of arcade sequencesf thrown in.  Apart from requiring two attempts to get the game to do what you’re asking it to the controls work fine (it’s completely mouse-controlled apart from the arcade sequences, and the interface is okay but not quite as responsive as it should be – though this is hardly a problem really considering the casual nature of the game). 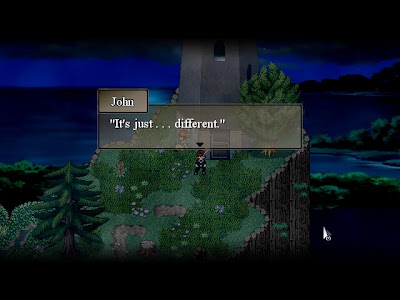 The graphics are very nice, lots of animation of the small character sprites and a feeling of depth you rarely see in RPG Maker games.  The music (by Laura Shigihara) is very good too, with some stunning piano compositions.  The writing is of a high standard and occasionally laugh-out-loud funny (I particularly enjoyed the Hitchhiker’s Guide to the Galaxy and RPG references), although mostly the game has a rather serious atmosphere.  The storyline, which in To the Moon is the most important feature of the game, is very good indeed.  You control alternately one of two doctors, Eva Rosalene and Neil Watts, who visit the imminently dying and grant them their wish – in the case of Johnny, an old man about to die, he wants to go to the moon.  However he can give very little information as to exactly why he wants to do this, which makes the doctor’s jobs much harder.  So, they have to travel back through his memory finding clues, and then make small changes in certain areas of his memory so that his last memory will actually be of his dream, going to the moon.  Various characters, notably River, Johnny’s wife, turn up at different stages of the memory, and have a different influence on Johnny at that particular time. 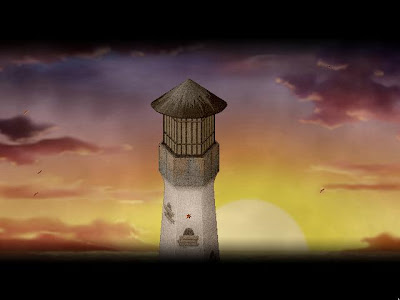 To the Moon is a game of 4 sections; the first half hour, which gives you the set up, introduces you to the characters and plot, and lets you get familiar with the way the game works.  The next two hours are mainly searching for objects in different stages of Johnny’s memory, then solving a simple puzzle at the “memento” that will allow you to reach deeper into the memory.  (Those of you who are thinking that this sounds a little like the movie Inception... well it has similarities, but a completely unique style.)  This second section is okay, but does get rather too repetitive.  However the third second, about the next hour, gets you completely wrapped up in Johnny’s life, what happened in his earlier life to make him the person he became, what River’s character is all about, and how Drs Rosalene and Watts are going to make his dying wish come true.  The 4th section, the final half hour (around 4 hours is the time everyone will take to complete the game, unless they skip everything or are amazingly hopeless!) is simply amazing; a story wrap-up that will quite possibly leave you speechless.  I didn’t always like the way Neil’s character was developed, but there are evidently unresolved issues with the two doctors’ relationship that will be explored further in future episodes. 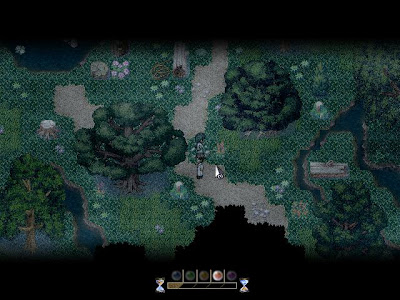 The game’s creator and story writer, Kan Gao, does an amazing job of creating a complex yet believable storyline, along with making you genuinely start to care about the characters in the game.  It’s not really a gaming experience as such, more a slightly interactive story – but what a story it is.  Kan started this project 5 years ago, and it’s obviously a real labour of love.  The production values are very high and the story compelling; however it depends on how much you’re willing to forego game play for the story.  I have to admit that at about the halfway stage I was beginning to get a little bored of it, but having got past that, I’m glad to have experienced the incredible last hour and a half of it.  It’s a unique experience, and if you’re willing to play a game primarily for the story, you’re going to enjoy it.  If you’re likely to have an itchy trigger finger, this probably isn’t going to win you over.  For myself, having felt that games like Syberia were a good idea somewhat wasted by lack of interactivity, I found myself really surprised at how much I enjoyed To the Moon in the end.

At just under £10 it is perhaps a tad overpriced for a 4-hour game (though there were a couple of bits missing from my press review copy, so it might be slightly more than that), but it's a somewhat unique product, so there's nothing much to directly compare it to.  I guess you could pay over a tenner for a one and a half hour movie on DVD, so maybe it's not bad value at that.