Brno, Czech republic -- November 16, 2010 -- Running Pillow is proud to announce that King's Smith 2 has been released. King's Smith 2 is a sequel of successful time management game from medieval times and it is available now on www.RunningPillow.com for PC and Mac.

King's Smith 2 is a new time management game where you play the role of young blacksmith girl Anya. In this sequel you'll face the malicious betrayal. You'll be kidnapped and despite your memory loss, you'll have to discover hidden plans and help the King once again. Throughout the journey around a kingdom you will encounter many strangers, ogres, dragons and others. You'll also learn many new abilities that will help you to upgrade your equipment and armors.

There is also a system of magic cards in the game. These cards can be found anywhere in the game and they will help you immensely. You can choose cards which fit your style the best.

Can you help Anya to recover from memory loss and discover hidden plan which threatens the kingdom and the King himself?
Features:
- Manage your own smithery.
- Various armors and weapons to repair and upgrade.
- Travel through exotic countries.
- Enjoy immersive atmosphere with deep storyline.
- Discover rare magic cards and powerfull spells.
- Reclaim your lost King's Smith title! 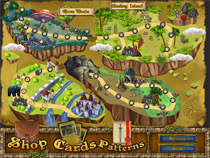 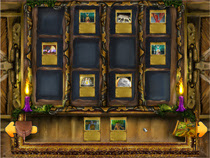 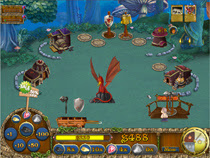 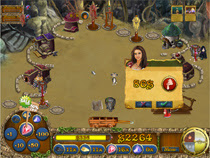 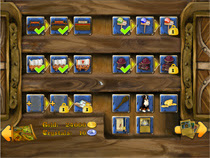