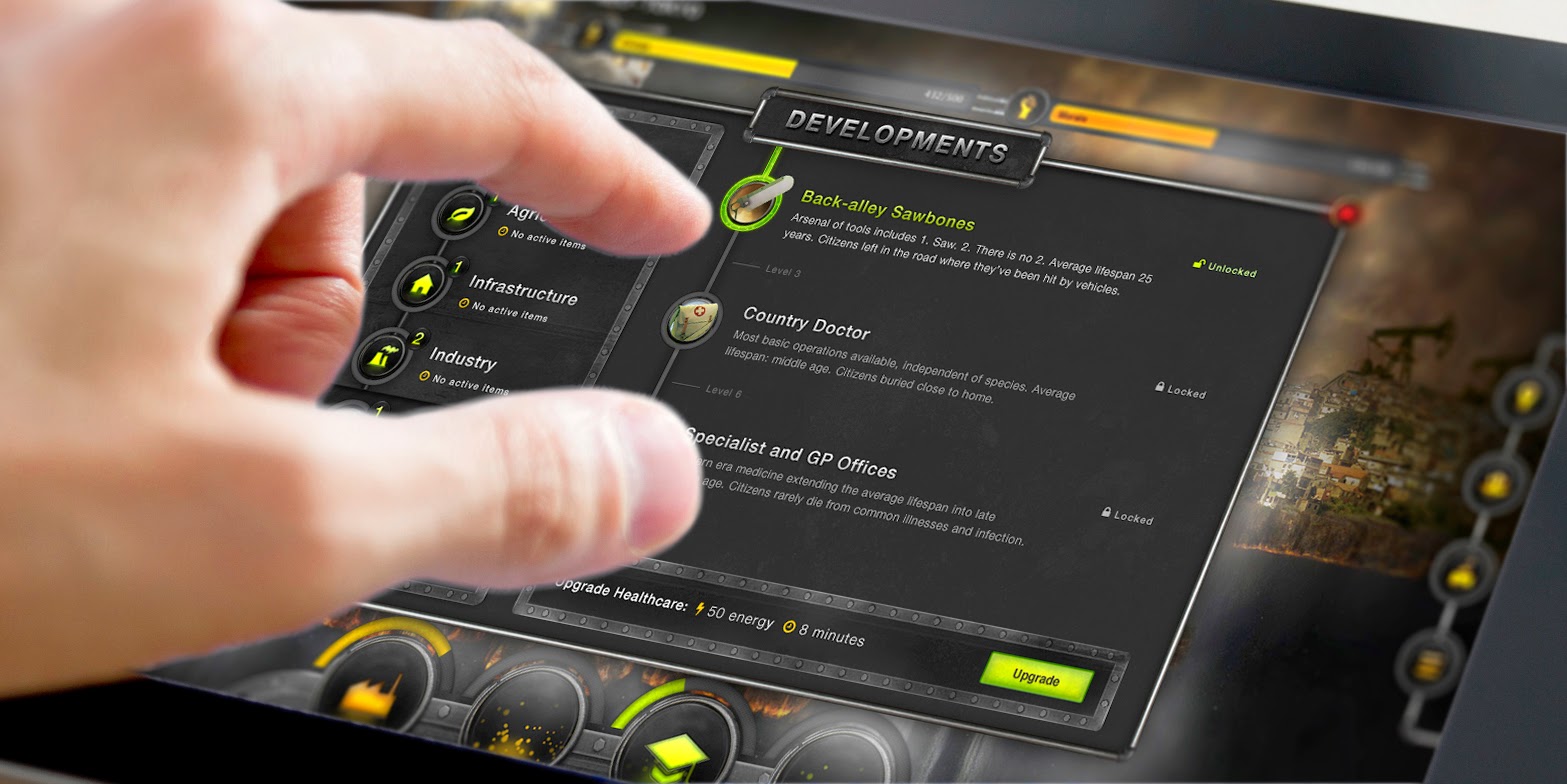 "Introducing Deep City 2030 - Take Civilization, SimCity, Fable and Clash of the Clans. Add dystopic twists that explore the connection between apocalypse and regeneration, and you’ve got Deep City 2030, a real-time multi-player strategy game for iOS (tablets and mobile).  It’s the brainchild of Mark Kolody and Craig Harwood, award-winning developers out of Toronto.

On June 3, Deep City 2030 launched its Indiegogo campaign. Contributors will get exclusive first-access to the alpha release in 2015!

How Will You Rebuild a City in Ruins? In Deep City 2030, players do more than just make a city; they become part of a system of cities whose choices are connected. “A critical element of the gameplay is that we want to give users the experience of the social, economic and environmental consequences of their actions,” says Mark Kolody. Choose ruthless or righteous paths and see the impact and the fallout in this multiplayer world.

The game combines a gritty steampunk aesthetic and off-beat humour with ongoing opportunities for players to demonstrate strategic prowess by inventing possible world futures. The goal in Deep City 2030 is to survive and prosper, using whatever tactics you choose. It’s in your power to create a city that reigns supreme in the face hostile competitors, a greedy Overlord, and cataclysmic world events.

Who’s Involved? Mark Kolody and his creative team are developing the game in partnership with Ecotone Productions (Wild Culture: Ecology and Imagination), Planet Greene Productions (The End of Suburbia) and not-for-profit sustainability innovator Evergreen CityWorks, bringing decades of real-world insight into the infinite intricacies of city-building and resilience. A portion of proceeds from the game will go to Evergreen CityWorks’ green cities programs.

The Ask - Our Indiegogo campaign dropped June 3 with a quest to raise $50,000 of foundational funding for Deep City 2030. We’ll leverage the strong show of support from Indiegogo contributors to access full project funding sources, to build the game for release in 2015. If you like what you see, we’d love your help getting the word out!"


Their IndieGoGo Campaign has 22 days to go and they've raised nearly 10% of the target of $50K.  Here's the campaign page.