It’s possible that I’m the worst possible person to review The Last Tinker: City of Colours – I’m playing with mouse and keyboard (never the best for this sort of game!), I’m not especially great at 3D platformers, and my PC at the moment is so hopeless that I can only get the game to run at all by reducing everything to the lowest possible settings – and even then, the frame rate isn’t great.  It’s testament to the game then that despite all these things, I really enjoyed The Last Tinker.

Tinker World is a place made with the power of imagination – but something’s gone wrong.  The three main colour groups – reds, greens and blues – are getting very suspicious of one another, and the colours are starting to segregate.  Amongst all of this our player character, Koru, is just trying to have some fun – but it turns out that he is the only hope for saving Tinkerworld (albeit he unwittingly helps to put it in danger to begin with) – the Bleakness is coming, draining all colour and life out of Tinkerworld.

Along  with his strange little companion, Tap, Koru goes on the adventure of a lifetime to save his world.  The Last Tinker is a throw-back to the days of large roaming 3D platformers and playing the game certain has that retro feel (though perhaps the fact that I have to run it in 640x480 resolution adds to that!!) – the graphics in fact look gorgeous from the trailers and screenshots I’ve seen, and I would love to see it in action in a decent PC.  One day…

Anyway, the game starts out a little slowly but it does do a good job of teaching you the core gameplay mechanics without being too much like a glorified tutorial.  After a scene which I found extremely difficult at first (after I worked out a couple of things it turned out to be nowhere near as tough as I’d been thinking it was), Koru manages to sneak into the legendary Tower and the plot starts to unravel, and that’s when the fun really starts.

Although there were a couple of bits I found difficult – sometimes due to the occasional awkwardness of the keyboard controls, at other times simply because I wasn’t playing the game very well – in general the difficulty level didn’t seem overly difficult to me, and I’m guessing that as a result of this, veterans of this genre who have a decent gamepad may find it a tad on the easy side (that said, there are various difficulty levels).  Easy or not though it’s great fun, with a nice mix of arcade and puzzle elements, and new gameplay elements being introduced at regular intervals.  Also it has to be said that although I didn’t have too much difficulty progressing through the game, I certainly hadn’t uncovered every secret and collectable object in the game world.

The game world is pretty detailed and full of fun features – it holds together well according to its own logic.  There’s a good dose of humour all the way through and the story is certainly interesting enough to hold the player’s attention.  The characters are daft and fun, and for the most part the quests you undertake are engaging.  The noises made in lieu of speech can get a bit annoying unless you move on really quickly, and you can only see what characters are saying in their speech bubbles if you’re looking from the right angle – minor quibbles and really my only grumbles about the game.

I think it’s a big game – I don’t really know how far through the game I am so far but after 7 hours playing time, I’ve only managed to get 1 out of 14 achievements!  The doesn’t mean I predict the game will take me 98 hours to complete of course, as some of the achievements are not tied in to the main plot, but still… I think I’ve got a way to go.

Gamepad and reasonably decent PC recommended to get the most out of it, but I thoroughly recommend The Last Tinker: City of Colours.  Available on Steam.

Screenshots from my lousy system
(seriously, no-one can have worse specs than me right now...) 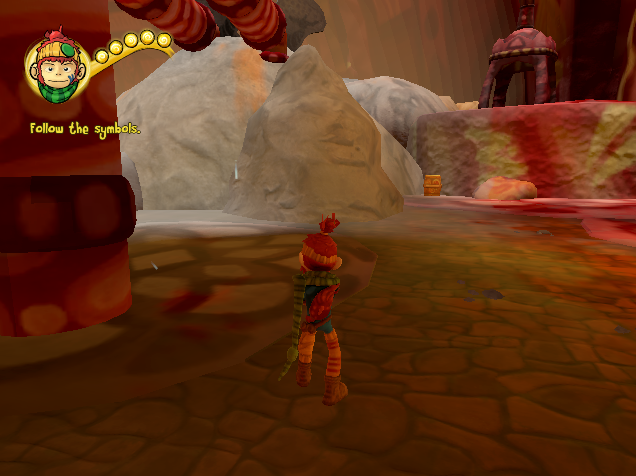 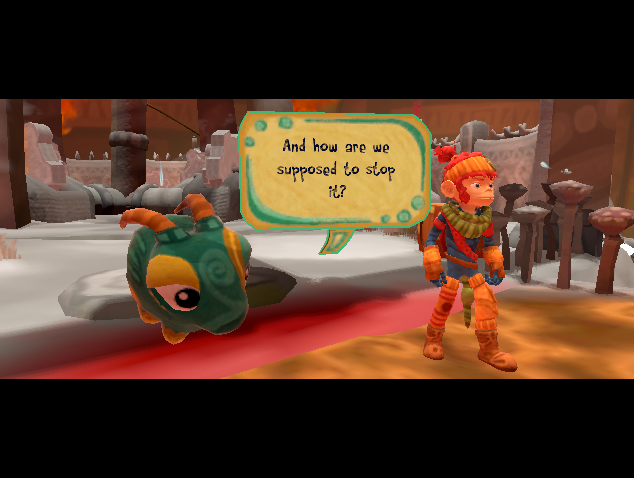 Screenshots as they are meant to be: 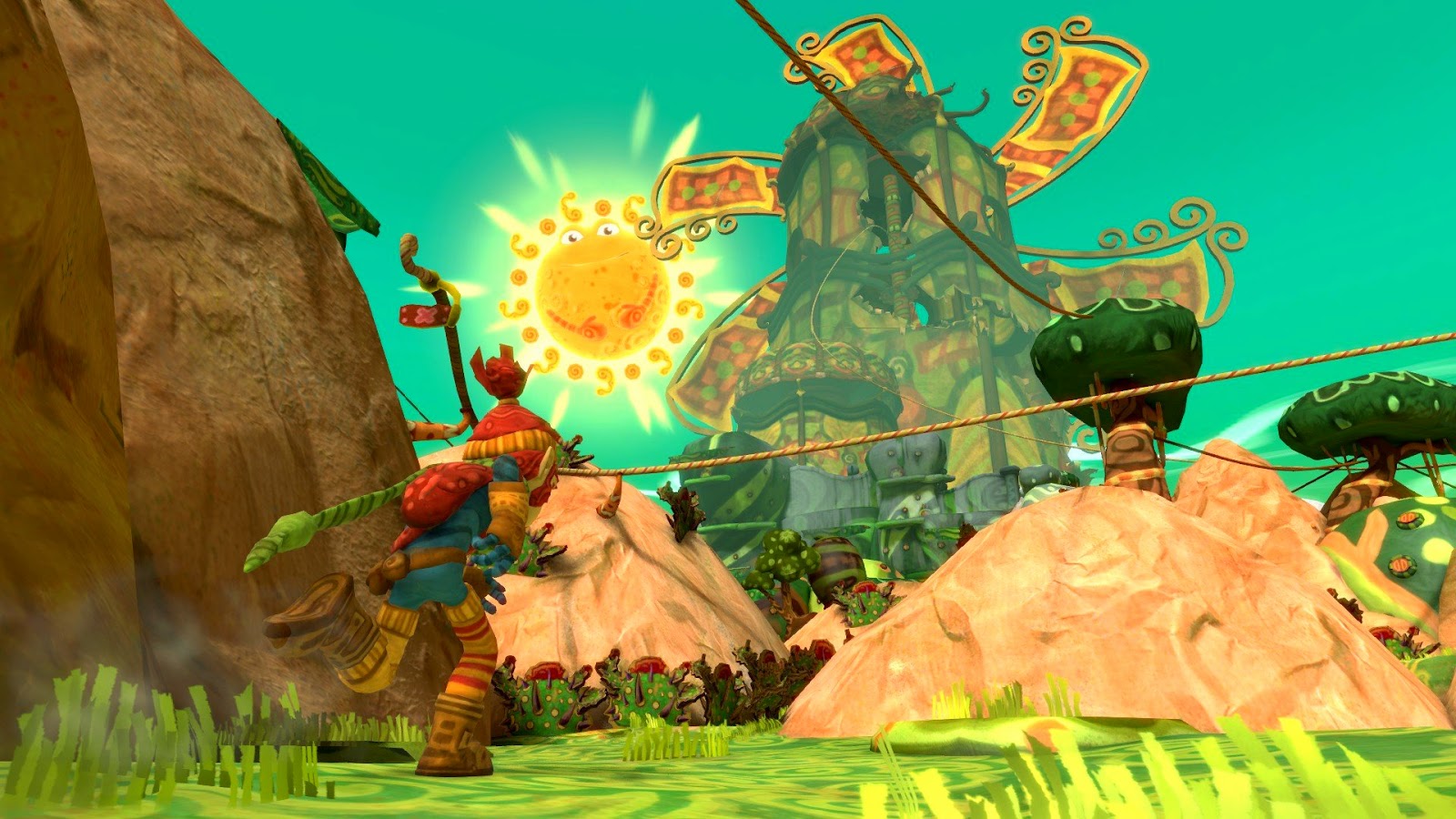 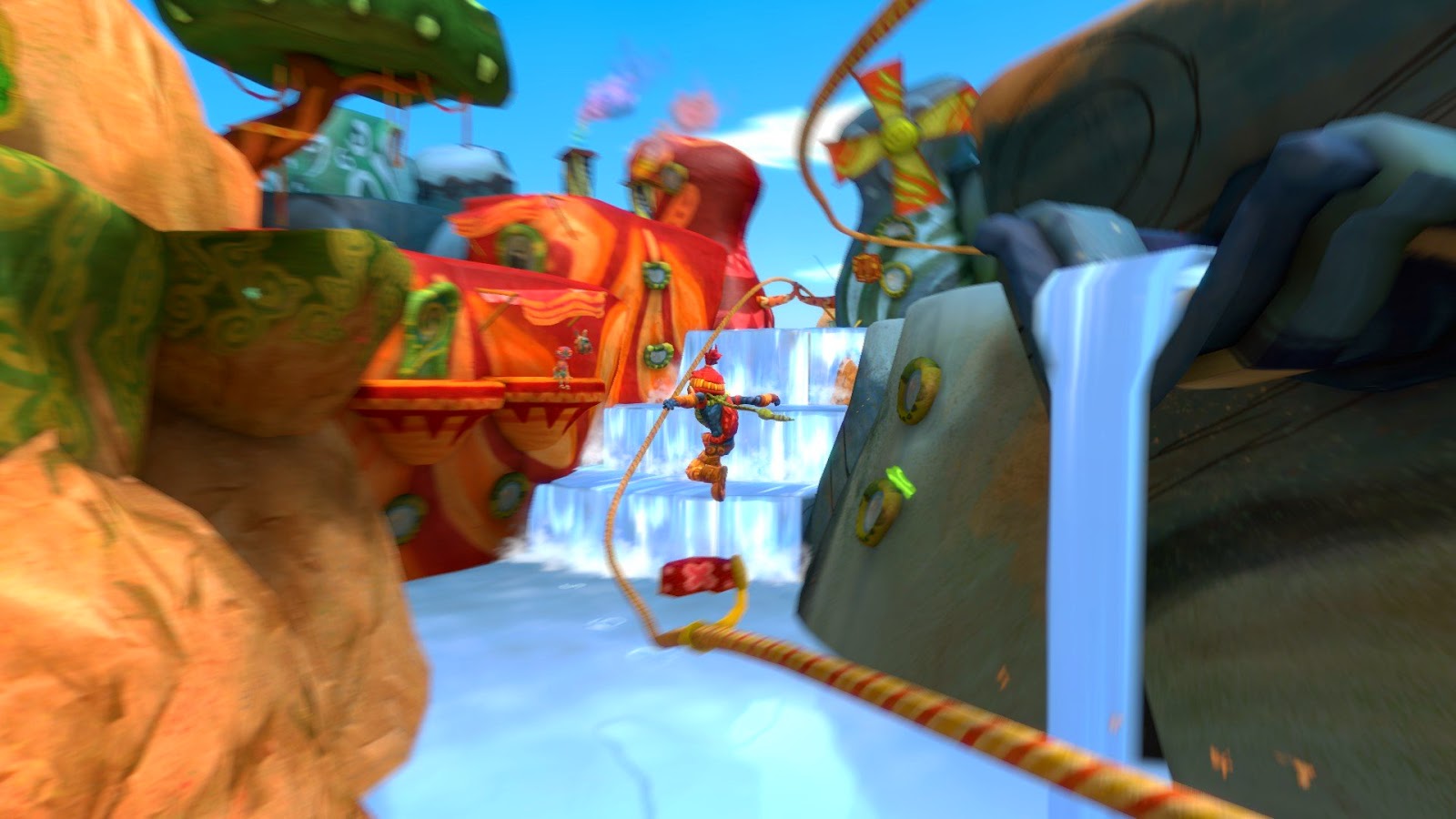 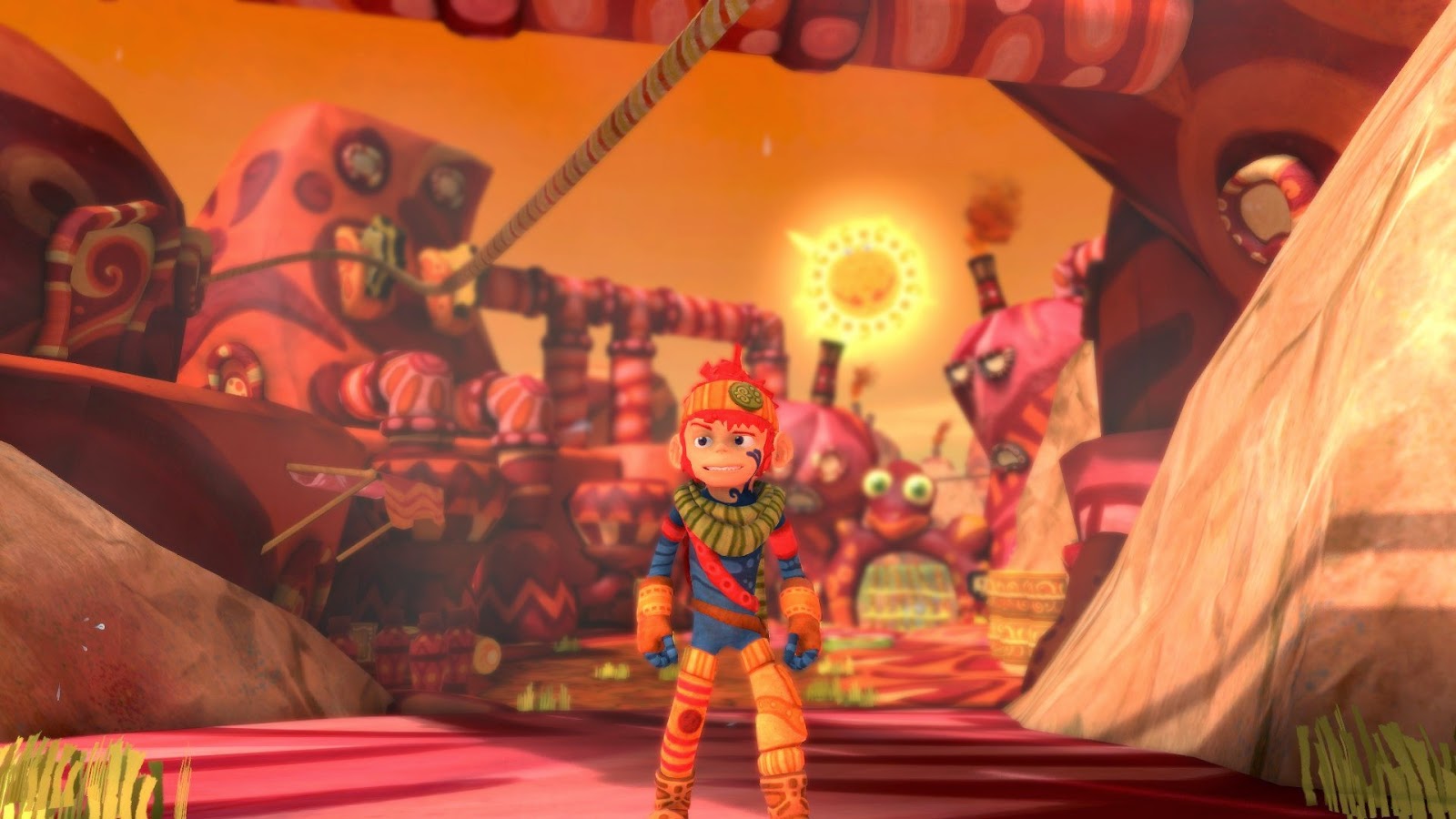