It's starting to get a little difficult to readily classify what is and isn't "indie" these days... certainly there could be a case for Team Football not being truly indie, but then again, what's more indie than a small group of industry veterans getting together and making a game in their spare time?!  In this case, with some assistance from programs designed to help start-up studios, and unusually for an indie developer with the added bonus of some big official licences (the English, Brazillian, French, Japanese and Chinese football teams for a start - an interesting assortment!) plus the voice of legendary commentator John Motson.  But at it's heart this is a 16-bit style footie game and you have to love that (if you don't, I'm guessing you stopped reading when you saw "Team Football"! :-D) - especially at world cup time!  Also, although this is purely coincidental, they're in the same city as me.

Birmingham, June 12th 2014 – Team Football are excited to announce the release of their first game Official England Football across the United Kingdom. The game will be released for £1.99 on the Apple AppStore, Google Play and Windows Store for both mobile phones and tablets. 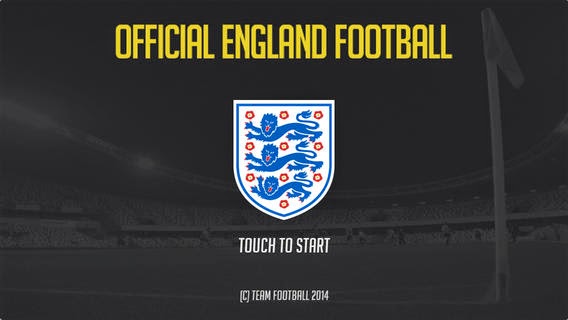 
With this license Team Football are to launch an authentic game based on the English national side, allowing players to compete as all of the England squad who are in Brazil this summer. 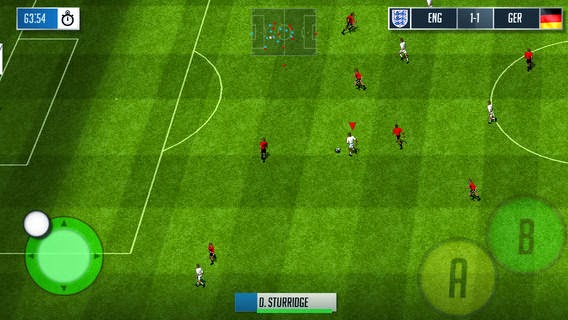 Official England Football will feature four main game modes:
·         World Tournament mode - offers a traditional international tournament format
·         World League mode - users can upgrade player stats, and build their squad like a true manager
·         Friendlies - practice and play as your favourite teams
·         Scenario mode - puts players in the shoes of real life past events, with additional scenarios to be made available for download during the course of the summer. Creative Director of Team Football, Steven Huckle has stated that “We hope to bring enjoyment to football fans across the world by giving regular updates and keeping up-to-date with real life scenarios”

In-game commentary comes from the broadcasting legend John Motson. The combination of the instantly recognisable voice of Motty and the Three Lions on the shirt makes a great package for all England fans!

Music is provided by DubFX, using a version of 'Flow' as the title track for the game, with nearly 20m views on YouTube. 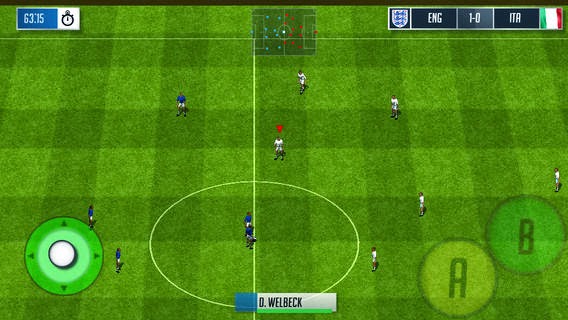 ABOUT TEAM FOOTBALL
A new games development and publishing company, Team Football who are based in Innovation Birmingham Campus: Entrepreneurs for the Future incubation programme. The creators of Official England Football, has been established by a group of games industry veterans, who between them have over 90 years games industry experience.  Our football mad team have been involved in some of the best loved football games of the last 20+ years including Sensible Soccer, Super Kick-Off, Actua Soccer, Premier Manager, Soccer ’97 and multiple versions of FIFA.

Steven Huckle Team Footballs Creative Director said “"When we founded Team Football our goal was to work with high profile licenses such as England to help raise the profile of our games.  We've worked really hard since late last year to develop a game that is fun to play and will give our end users plenty of enjoyment this summer.  Now, by adding the England license we are also giving those who play our game the authenticity of the official game logo, player names and team kit.  With football high on the agenda for fans of England this summer we're sure they'll enjoy playing our game and attempting to perform as well or better than the national side by playing Official England Football on their chosen platform!" 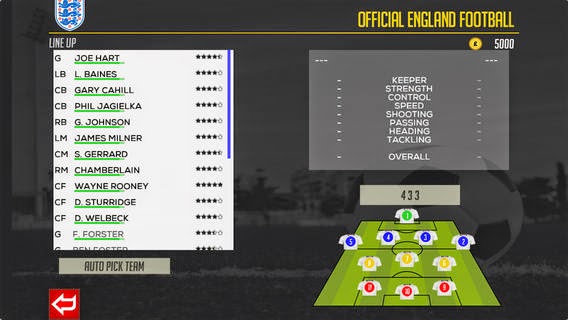 The range of licensed games launching in June 2014, of which Official England Football is one title, was developed under the Creative England and Microsoft programme Greenshoots.  Creative England’s Head of Games & Digital Media, Jaspal Sohal, said: “Team Football is a shining example of what the Greenshoots programme is all about – supporting new and emerging games developers with innovative ideas that have huge potential. We were impressed with Team Football’s imagination and passion, and it’s great to see what they’re achieving on an international level.