Unity Technologies has released the first in a series of Video Developer Profile videos, that highlight the developer stories behind the amazing interactive entertainment experiences that are created through the powerful Unity games development platform.


The first Unity Developer Profile features Camouflaj, the Seattle team behind the episodic dystopian action-adventure game République that is now available through the App Store on iPhone, iPad and iPod touch. Featuring revolutionary “One Touch” gameplay, République is the veteran team’s first foray into mobile game development. Choosing to develop the game on Unity was cited as one of the team’s “best decisions,” allowing them to quickly prototype ideas and push high-end cinematics and environments on iOS while simultaneously developing the upcoming PC and Mac version of the game.


About République
In République, players assist Hope, a young woman struggling to escape from a secret, Orwellian state. Communicating using a stolen phone, Hope contacts the player and asks them to hack into the nation’s surveillance system, assume control, and guide her out of the clutches of the omnipresent Overseer.

Literary works such as 1984 and Brave New World, and current geopolitical events including global surveillance and Internet censorship serve as key sources of inspiration for both the narrative and the stealth-survival gameplay. Players expand their control over surveillance cameras and other network-enabled devices, growing into an active threat to the Overseer and his grip over his shadowy nation. 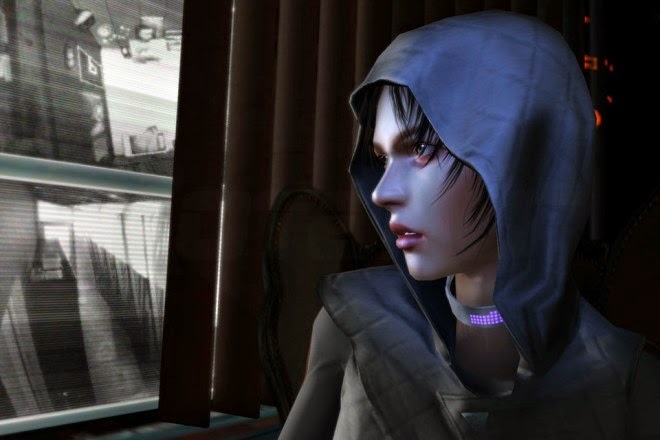