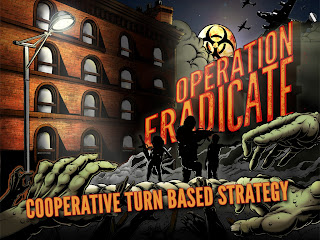 Irvine, CA-- February 26, 2012 -- Mobile game developer, Skejo Studios, is please to announce its debut turn based strategy game, Operation: Eradicate for the iPad and iPhone has been released in the Apple AppStore. Operation: Eradicate is a cooperative strategy game where the player controls up to four characters across the world to beat back the spreading 'infected' hordes.

Operation: Eradicate is a unique challenge, quick to learn with the in-game tutorial and difficult to master with over 20 different possible character setups and 3 different difficulty levels. Forethought and a bit of risk taking is needed to navigate this game of resource management, location and timing.

Travel across the world, fight the hordes, and launch counter-strikes before the 'Infected Ones' spread across the planet. Operation: Eradicate also comes with the ability to match with friends in Turn Based Matches through Game Center, as well as racing up the leader boards and scoring achievements. 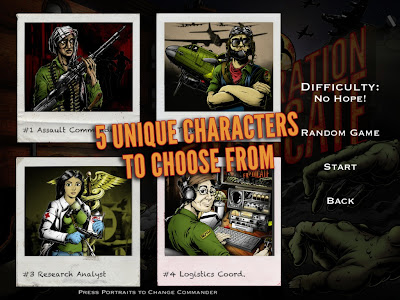 Pricing and Availability:
Operation: Eradicate will have a launch discount of 50%, priced at $1.99 for one week and is available worldwide through the App Store in the Games category. Regularly priced at $3.99.


Skejo Studios is an independent game developer established in 2011 and located in Irvine California, USA. Skejo Studios specializes in iOS strategy and casual games. Operation: Eradicate is their first title. 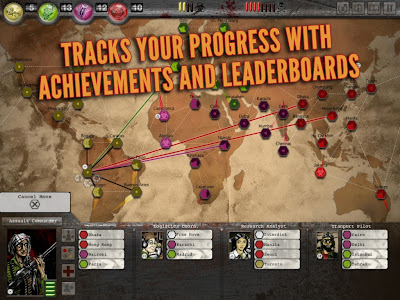 Don't forget you can also keep up to date by adding the Indie Game News Google+ page to your circles.
Labels: ipad, iphone, new release, strategy