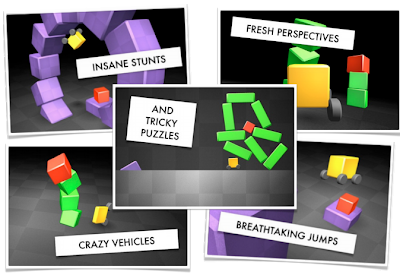 RAZE is the ﬁrst hit-game developed with Unity3D and Brain Builder. These powerful tools enable game development without traditional programming. In fact, RAZE was made without writing a single line of code! Both RAZE and Brain Builder were developed by Boldai, a Swedish spinout from the University of Linköping.

- RAZE was initially a tech demo to showcase Brain Builder. But it was so successful that we decided to make a solid update for the fans. We now include a great mix of easy levels for beginners and some radically tough levels for hardcore gamers, says Magnus Hallin, CTO at Boldai. Boldai is now working on a new creative community described as a mix between Minecraft and LEGO to be announced at the Game Developers Conference (GDC) in San Francisco.


Don't forget you can also keep up to date by adding the Indie Game News Google+ page to your circles.
Labels: iphone, puzzle, racing, version update