1/ Starpoint Gemini has been out for quite some time now - what sort of reaction has it had?  Did it meet your expectations in terms of sales, reviews etc?
The overall reaction to Starpoint Gemini was quite diverse. Rating went from 4.0 to 9.5, but that was within expectations. We knew there would be players who'd almost hate the game, but that there would also be players who would love it.

Sales-wise, it was also as expected and we’re very happy about it. Since we’re a small indie team with no prior published titles, we’re extremely happy. A very important thing is how much we learned from both the good and the bad sides of how SPG was developed and we fully intend to use all that valuable experience in the sequel. We crossed a big stepping stone. 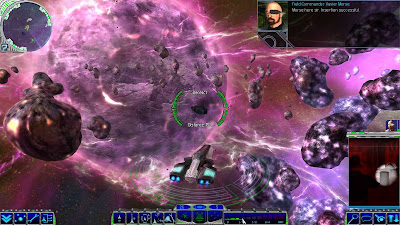 2/ I take it you guys are big sci-fi fans - any particular favourites?  Star Wars / Star Trek / Stargate / Bablyon 5 / Quantum Leap ?
Absolutely; sci-fi is adored by everyone in the team. Don’t get me wrong, we like other genres and settings too, but sci-fi holds a special place. As far as particular influences and franchises, that’s on an individual basis. For me, Star Trek has that special something that got me hooked to every movie and TV series and even games (well, not all Star Trek games).

3/ Was there anything you were hoping to do with Starpoint Gemini that you felt you didn't manage to accomplish the way you'd wanted to?
I’d be lying if I said no. You always think there’s more you could do, and that’s mostly true, but harsh reality has its own rules and you have to play by them. I remember reading player comments on what features they’d like to see in SPG and I wanted those features too, we all did… but there comes a time when you just have to stop and say: “OK. Time to stop. If we continue like this we’ll never finish it…”. Thankfully, we have a much better starting point for SPG2 and that means more freedom. I hope we’ll get most of our ideas done in the sequel.

4/ On the other hand, what aspects of SG were you particularly proud of?
I’m very proud of the entire game. Almost everything turned out as we wanted and planned. Some might disagree with our design philosophy and we respect their opinion, but we’re proud of the outcome. 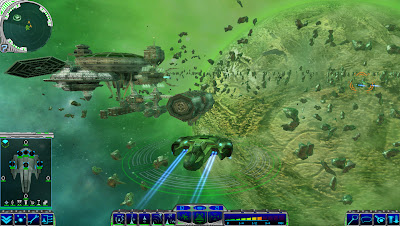 5/ Starpoint Gemini 2 has been been announced - anything you can tell us about what we can expect in that game?
Well you can expect a great deal of new things and some revised ideas and features from SPG. What I’m very proud of is the streaming technology that makes Gemini fully come to life as a single huge area and the second thing are direct controls in full 3D space. These two features will make the biggest difference by far.

We’ll announce the official website when we come to that of course. We should have quite a bit to show from the get-go.

6/ So what's it like being a famous indie developer nowadays?
Heh . I don’t think we’re famous. We’re still relatively new, but we’re getting our momentum. I can’t say fame is a part of our motivation. In Croatia for example, we’re barely known to almost anyone. We’re focused on making fun games that gamers will enjoy. The rest, for a lack of a better word, is ‘meh… who cares’.

7/ After SG2, will you be working on another similar type of game, or trying something different?
That’s a hard question. There are other projects we’re keen on making, but I don’t think SPG will stop with the sequel. It doesn’t necessarily have to be another installment of Starpoint Gemini, but we have some ideas on how to expand on the whole space-sim genre. 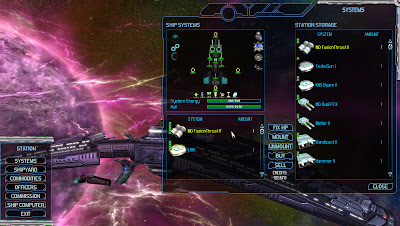 8/ Which indie developers do you really admire for pushing the boundaries of what we expect from computer / video games?
I’d have to say Minecraft devs. I admit I haven’t tried it out myself, but from what I’ve seen and read about it, two things make me admire it: 1)It gives players freedom to be creative and 2)It’s a slap in the face to all those multi-million $ projects that put all emphasis on graphics and leaves the concept and content a lot to be desired. You just gotta love that.

9/ Finally, the game that started off this whole genre was Elite - what was the highest rank you ever reached?  I think I eventually became "Dangerous", but never got to Deadly or Elite - I just didn't have the dedication to play it for that long!
Elite was a tad before my time, but I did give it a go on my PC through DosBox. Not trying Elite would be a crime ;). If my memory serves me, I think I stopped while I was Competent.


Well, thanks Denijel for making me feel old with the answer to question 9... but other than that, many thanks for doing the interview and I look forward to seeing what Starpoint Gemini 2 has in store for us!