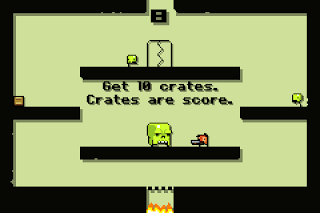 Super Crate Box has received critical acclaim in the indie scene; many prominent developers, such as Minecrafts' Markus Persson “absolutely loved it” and indie news outlets as IndieGames.com call the game “simple but brilliant stuff”.

In celebration of the launch, Vlambeer is hosting a papercraft contest at the games' website at www.supercratebox.com. At stakes are one of three superlimited edition of the game, which will be available as a freeware game download starting October 22nd. 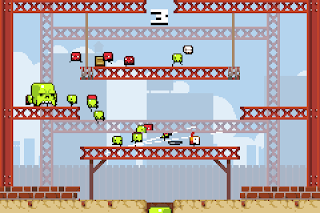 Vlambeers' Rami Ismail said that “it's great to still see such good response to the charms of arcade gaming and with all the positive feedback, we decided that IGF might be a good place for Super Crate Box to be. Entering the IGF means a lot to us, certainly with such fierce competition. We really hope the panel will appreciate the minimalistic design and excecution of the game.” 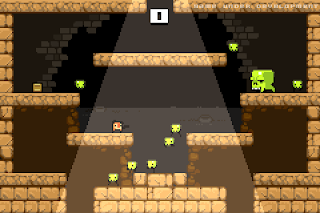 Vlambeer is a new Dutch Indie game studio consisting of game design students Rami Ismail and Jan Willem Nijman, who together decided to take a plunge and go and start a studio instead of taking classes. Their recent work includes Radical Fishing and the upcoming Super Crate Box.