Cologne based mobivention today announces Mahjong Mountain 1.0 for iPhone and iPod touch. Mahjong Mountain is based on a classic Chinese game concept which has the goal to find matching gaming pieces. Additional difficulty levels are included through different game layouts and different pilings of the pieces. The first 1000 downloads of the full version are free. Further campaigns and details of the game can be found on www.facebook.com/mobivention.

Cologne, Germany - mobivention today is proud to present the iPhone and iPad version of their bestseller Mahjong Mountain. Mahjong Mountain is based on a classic Chinese game concept which has the goal to find matching gaming pieces. The rules say that at least two sides of the aimed piece must be exposed, which is not always an easy task. Additional difficulty levels are included through different game layouts and different pilings of the pieces.

Mahjong Mountains takes a step forward and sends its players into an Asian adventure. Being a brave discoverer, the player takes the road to the top of the Tai Shan Mountain and proves him- or herself being worthy to meet an old wise man. In the process the player needs to solve several Mahjong puzzles and score points to enter the highscore list. In the near future players will also be able to use Apple's GameCenter and further exciting functions coming with it.
Supported Languages:
* US English, German and Spanish 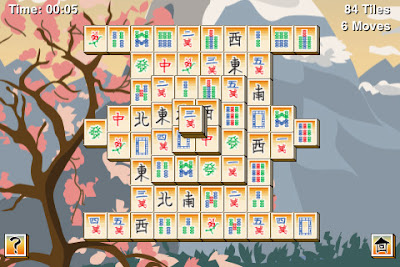 Pricing and Availability:
The first 1000 downloads generated are for free. Mahjong Mountain 1.0 is now free and available worldwide exclusively through the App Store in the Games category. Users of Nokia, Sony Ericsson and BlackBerry mobile phones have already been won over and the J2ME version of the game proved itself successfully. Further information and campaigns can be found on Facebook.