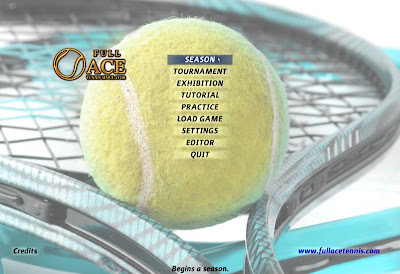 GALACTIC GAMING GUILD
We have chosen this name to show a commitment to openness, and also a humorous dimension in its excessiveness. We are two creative video game professionals, nostalgic for a time when the development of video games was more like craft.  We hope to bring other same spirited individuals to join the team. 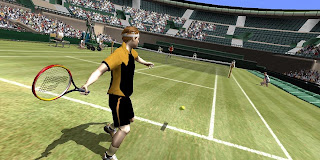 INDEPENDENT
It would have been hard to convince a publisher to fund a tennis simulation.  Aside from that, we want to remain in control of our choices. Besides, we are primarily focusing on an enlightened public which is relatively far from the trendy "casual gamer".   This basis will be retained and GALACTIC GAMING GUILD shall remain independent in his future productions (Sports, Adventure ...) 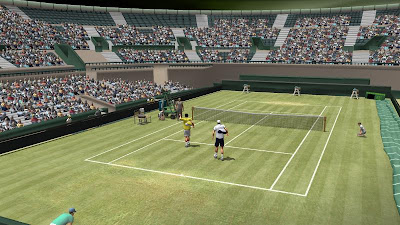 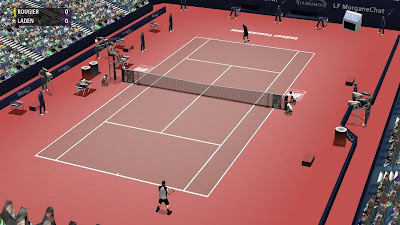 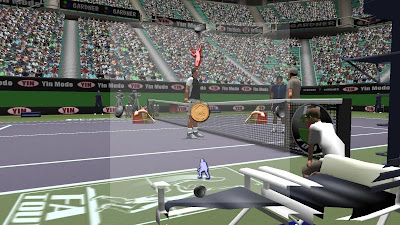 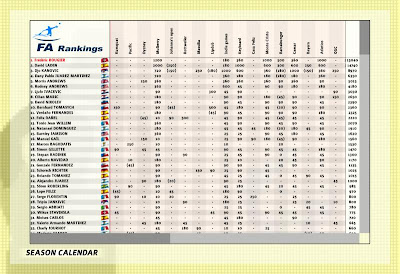 A TENNIS SIMULATOR, WHY, HOW ?
Because of our fondness for tennis, because it is consistent with the size of our business, and we believe we can bring something new to the genre.  First of all, the game expects the player to choose side in order to hit a backhand or forehand.  This way, he may decide to turn around his backhand as he pleases, without seeing the character changing his orientation at the last moment. 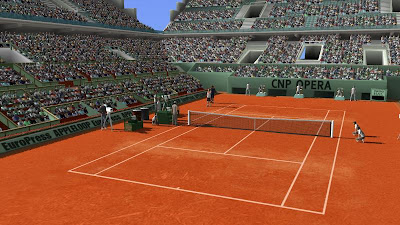 In Full Ace, you control a professional tennis player with his own abilities.  This means that no matter how well you master the gameplay, there is no way you can hit strong shots on the lines all the time.
Skillful tennis is founded on reasoned risk-taking based on technical capabilities, and we want the same thing in Full Ace.  Ball dynamics are based on scientific studies and demonstrate real life speed and spin. Ball spin impacts trajectories and rebounds realistically.  Ball trajectory is updated 550 times per second. Resulting shots are "all different" and realistic (no preprocessing), thus point configurations are potentially endless in their variety. It is therefore all the more important to properly read trajectory and position accordingly. 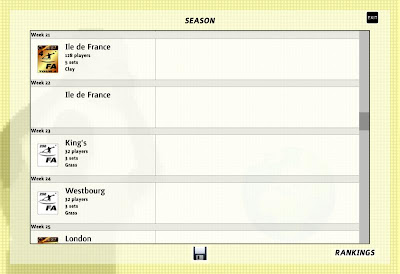 CUSTOMIZATION & TRADE ?
Customization is a fundamental element of Full Ace.  In Full Ace, the player should be able to customize everything that is possible and we are moving in this direction, as customization options will multiply rapidly.  "Character Editor" allows modifying all players in the database and creating as many additional ones as you want.  We will extend these opportunities to allow editing textures, thus giving players a chance to replicate real players' latest equipment, or even include a photo of their own face.
We will soon extend the editor to allow changing stadiums and tournaments names, and probably other factors.  As for suggestions, the community, although just coming into blossom, is already very active.

VISUAL REALISM vs TENNIS REALISM ?
Full Ace emphasizes on mechanical movements, inertia and shot realism.  For example, the player can hit the ball while running. The animations shall transition smoothly, whatever the circumstances.  We had to reach a compromise for that first version, and the downside is a somewhat stiffness of characters in action.  Even if tennis realism stands as our priority in Full Ace, we do care about its visual appearance, and still explore many ways to improve it. 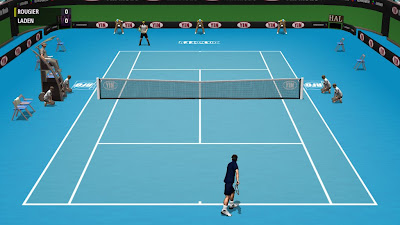 MULTIPLAYER & NETWORK?
A split-screen multiplayer mode is already available, but online play has been set aside until commercial release.  It is now a priority and we would like to provide a full online tour as well as official rankings, eventually.  From the outset we intend to offer regular free upgrades to all registered players, this way they will have access to online play as well as all the other improvements when those become available over the months.

I have tried the demo and it definitely is the first video game on tennis which stays true to the sport. As mentioned here the player movements are stiff, but, since it has already come to the developer's notice I am sure improvements are in store. Otherwise the game is fantastic.

I will be going for the full version fairly soon.

The game is constantly being updated but if you notice the problem continuing try mentioning it on their forums.