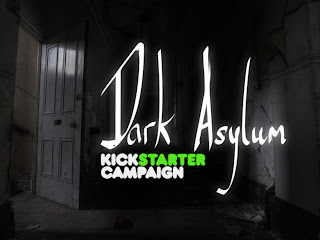 "We're creating a game intent on being truly terrifying, mixing story, lighting, sound, 'The Doctor' and input from the developer community to create what we hope will become a horror classic." 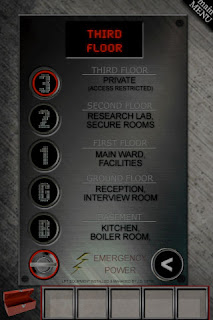 That's how the developers describe their game, and you can find more details on their Kickstarter Page - a whole host of incentives is on offer.

Jon Draper from their dev team also sent me a whole load of interesting information about the project and indie development in general - I didn't want to pass up the opportunity to share it with you, so here it is:

A big 'kickstart' for the UK indie games developer…

In October 2012 the worlds number one crowd sourcing site kickstarter.com opened up to UK creatives.

Stormy Studio a small indie dev team run by Jon Draper is taking on the challenge of running a campaign to raise funds for the development of a new stunning point and click horror game called 'Dark Asylum - The 7 Lost Souls'.

The team are hoping to raise at least £20,000 to fund the project and give themselves the time and facilities to create an exciting new adventure game destined for release on mobiles/tablets and PCs next year. Part time indie developer Jon Draper has created a fun and informative pitch video on the KickStarter website, with some exciting rewards for people to pledge for. For the right amount of money you can appear in the finished game, your portrait will be photoshopped and aged to fit in with the games aesthetic and given a brief history for the players of the game to discover. There are also other rewards such as posters, t-shirts and exclusive heat sensitive mugs. In order to get the funding the project needs to reach its goal, their campaign finishes on the 1st of January.

Stormy Studio are made up of Jon an award winning animator, 3d modeller and programmer. Andre an Urbex photographer with a stunning back catalogue of photos from asylums and dilapidated hospitals taken around the world. Jonas a composer and sound designer who works for a successful games company over in Switzerland and Jon's wife Emma who is in charge of accounts and small business paper work. 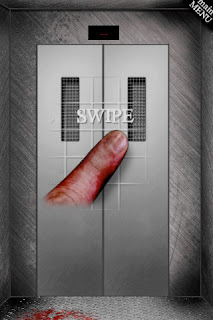 The game title currently has a pseudo 3d environment allowing the user to swipe there way around 360º rooms, collecting items and solving puzzles. With an aim to produce something truly terrifying the guys at stormy studio have spent the past 2 years perfecting puzzles and story making sure the game  strikes the right chords with the players. They'll also be running an exclusive developer area for those that pledge to feedback ideas and make sure the horror aspect is just right. Expect quiet scenes looking down dimly lit corridors, with tailored sound effects and a unique musical score.. suddenly shaken up as a victorian child ghost runs screaming past the users POV. With a story that relies heavily on memories, shadows, and the unknown terror of 'The Doctor' it is all shaping up to potentially be a future horror gaming classic.

The game currently starts with the player waking up in a bloody and broken down elevator/lift shaft. They have to solve some simple puzzles, mop up some blood form the corrugated metal floor to retrieve a coin, unscrew a vent, find a key and turn the elevator/lift's power back on. This teaches the player the basic mechanics needed for the full game ready for them to head out and explore the Asylum and discover the mysteries and horrors that it contains.

Still in relatively early development they hope to shoot over their Kickstarter goal and change to the Unity game engine to create a full 3D asylum using Jon's skills in 3DS Max and Andre's photos to create architecture based on real world locations with incredible dilapidated textures creating a unique game world aesthetic. A larger budget would also mean they could bring on another programmer, modeller and designer.

Stormy Studio have released a number of smaller iOS games 'Quake Builder and the Asteroids' a physics puzzle game that reached the U.S. top 100, 'Escape Artist' a stylised drawing game and 'Audio Invaders' a unique audio only version of the classic arcade game inspired by audio horror game 'Papa Sangre'. Jon is also the developer behind an ad-free social network for game developers called think outside the game box ( totgb.com ) which was originally setup to go along with a game design contest he also runs throughout the year.

It's an exciting time for the small team of creative individuals as the campaign went live at the beginning of December and runs till the 1st of January 2013. 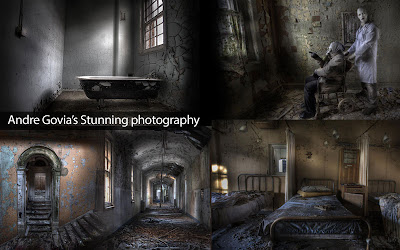 What is KickStarter: (For those that haven't come across it...)
Kickstarter is a website where you submit a project and pitch video in the hope of achieving your funding goal through pledges which allow you to complete development of your product. Rewards are offered in return for pledges, often the final product itself e.g. a copy of the album, game, book, phone charger etc. Previously projects were only possible if you lived or had a friend who you could work with in the U.S. Similar sites were already accessibly in the UK most notably indiegogo.com but none seem to have captured the media and publics attention as much as KickStarter which has seen a number of multi million dollar high profile successes on KickStarter. The sites give backers a chance to help bring something unique and creative to the world that might otherwise never see the light of day.

Indie Game Scene in the UK
For decades there has been an active indie computer game developer scene in the UK. Producing underground hits with the odd one or two achieving great success. Larger game studios today prefer to back a project that they know is far more likely of selling over 5 million units compared to a less popular title that might only achieve 1 million or less, this has led to many similar triple A game titles coming one after another, and in return the indie game scene has exploded as developers strive to come up with new game ideas and fill the need for exciting original game titles.

Now these smaller game studios have a great way to try and reach their fans and ask for backing to bring about their latest and greatest game projects. Indie developers are generally individuals or small teams who work in their spare time producing games that often fill a niche in the games market. Crowd Funding  has given these developers the real possibility of the seed money they need to give themselves the time and any extra talent needed to work on their games.

With the uprising of game app stores over the passed few years, developers can submit their apps and games without having to go through a game publisher. Mixing this with a route to potential funding through crowd funding. Individuals and small teams of developers have the tools they need to create a successful career in game design and could bring about a plethora of small successful game studios in the UK.