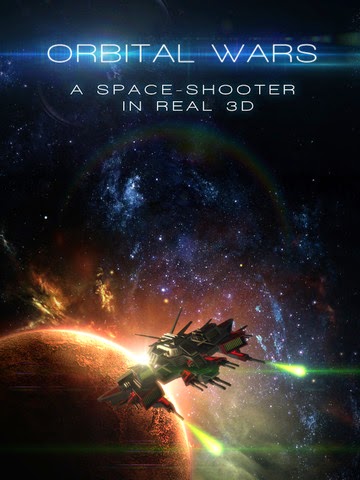 The mobile game allows users to switch from normal mode into Real 3D mode at their choosing. If a user wears 3D (red-cyan) glasses while using the game in 3D mode, they can actually see the ship coming out of their mobile phone screen. The 3D mode is optional and can be turned off if a gamer prefers a normal viewing mode.  (Is this truly revolutionary?  I mean, 3D glasses have been around since before I was a kid... oh well, it IS unusual for an iOS game! :-D)

Within the game, players can collect power-ups to increase their lives, activate a shield or upgrade their lasers. To unlock different enemy-types and power-ups, they must level-up their ship by shooting the incoming aliens. The game features more than 13 ship levels, different enemy types, professional graphics and Space Invaders style gameplay.

"I'm thrilled to unveil my exciting new game with its revolutionary 3D mode, something that has not been offered in a mobile gaming app to date," said Philipp Welle, game developer and creator of Orbital Wars. "Gamers will love the Space Invaders sensibilities of Orbital Wars along with its old school Real 3D feature."

Pricing and Availability:
Orbital Wars: A Space Shooter in Real 3D! 1.0 is only $0.99 USD (or equivalent amount in other currencies) and available worldwide through the App Store in the Games category. The app does not have any in app products or ads. There is a free Android version coming in August of 2014 on Google Play.  (Again I'm a little confused by this press release... as we're already in September 2014, and I only received the PR today... but the Android version is presumably coming soon!)

Living in Munich, Germany, Philipp Welle is an independent developer whose focus is on creating apps for the Apple, Android and Amazon platforms. During the day he works as a 2D/3D artist for major Hollywood productions.