Okay so this is... um... Populous meets Worms meets Transformers.  Sort of.


Mayan Death Robots is a blend between a fighting game and an artillery game: think Worms on speed with a roster of massive alien robots who duke it out during the height of the Maya civilization.

Mayan Death Robots is a simultaneous turn-based game, which means all players have their turn at the same time, and they have only a few seconds to pick their weapon and aim. This results in hectic, fast-paced gameplay where you have to balance lots of different objectives: attacking the enemy heart, battling the enemy Mayan tribe and keeping your defences up by using the construction gun.

Since Mayan Death Robots is a local multiplayer only game, you’ll be able to look your friend in the eye just before delivering the killing blow (often ending the friendship right there and then). You can even set up a dual keyboard control scheme for maximum elbow sabotage action, or just use gamepads if you want to keep a safe distance.

Features:
- Choose from 10 unique robots with entirely different fighting styles. Upgrade your robot between matches to experiment with different combat tactics.
- The tiny Mayans, believing that their gods have descended from the heavens, will start to worship you, and aid you in battle. Blast the Mayans from the opposing tribe to smithereens to gather praise from your tribe!
- Use your construction gun to transform the battlefield and the very land you stand on, and take the fight back to your opponent! Build defences around your heart or create a vantage point to rain destruction on your enemies.
- The real Mayan gods will not stand for your blasphemy, and return to claim their crown. Temporarily unite with your opponent to defeat this all-consuming threat in an adrenaline-pumping co-op boss battle! When the god is defeated, feel free to continue annihilating your friend!
- Coming to Windows, Mac and next-gen consoles (PS4 and XBox One).
- Release date: early 2015. 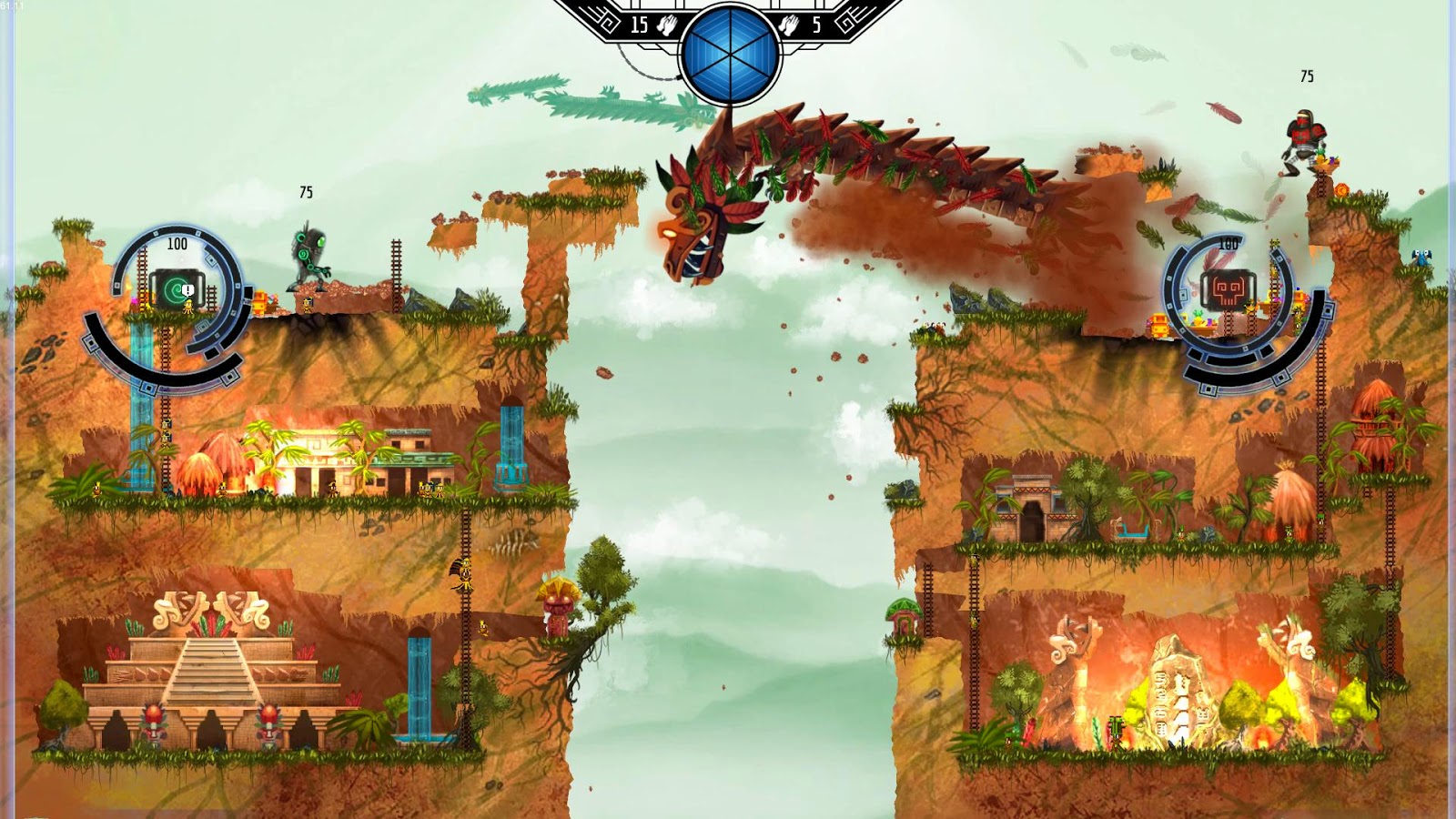 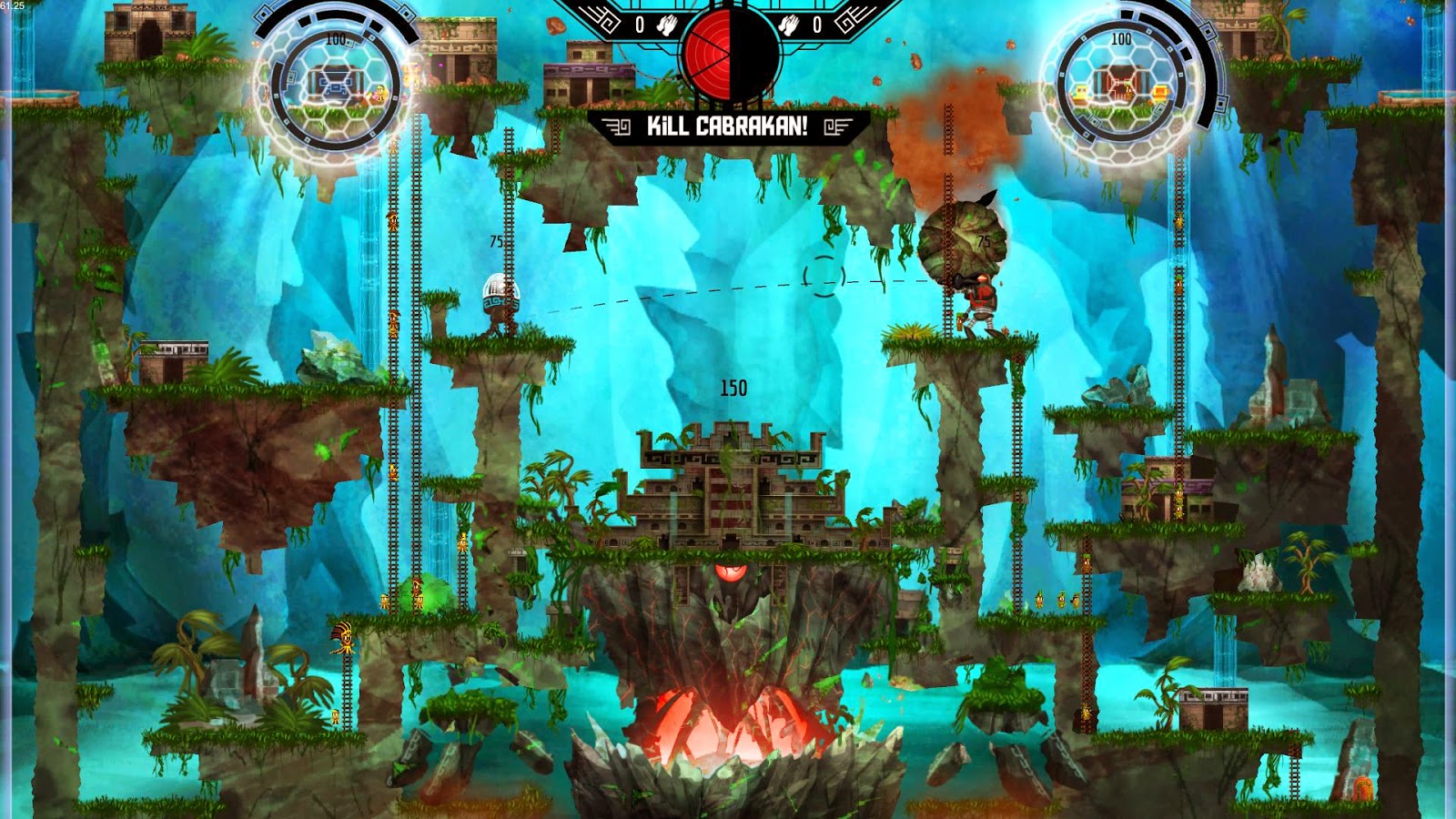 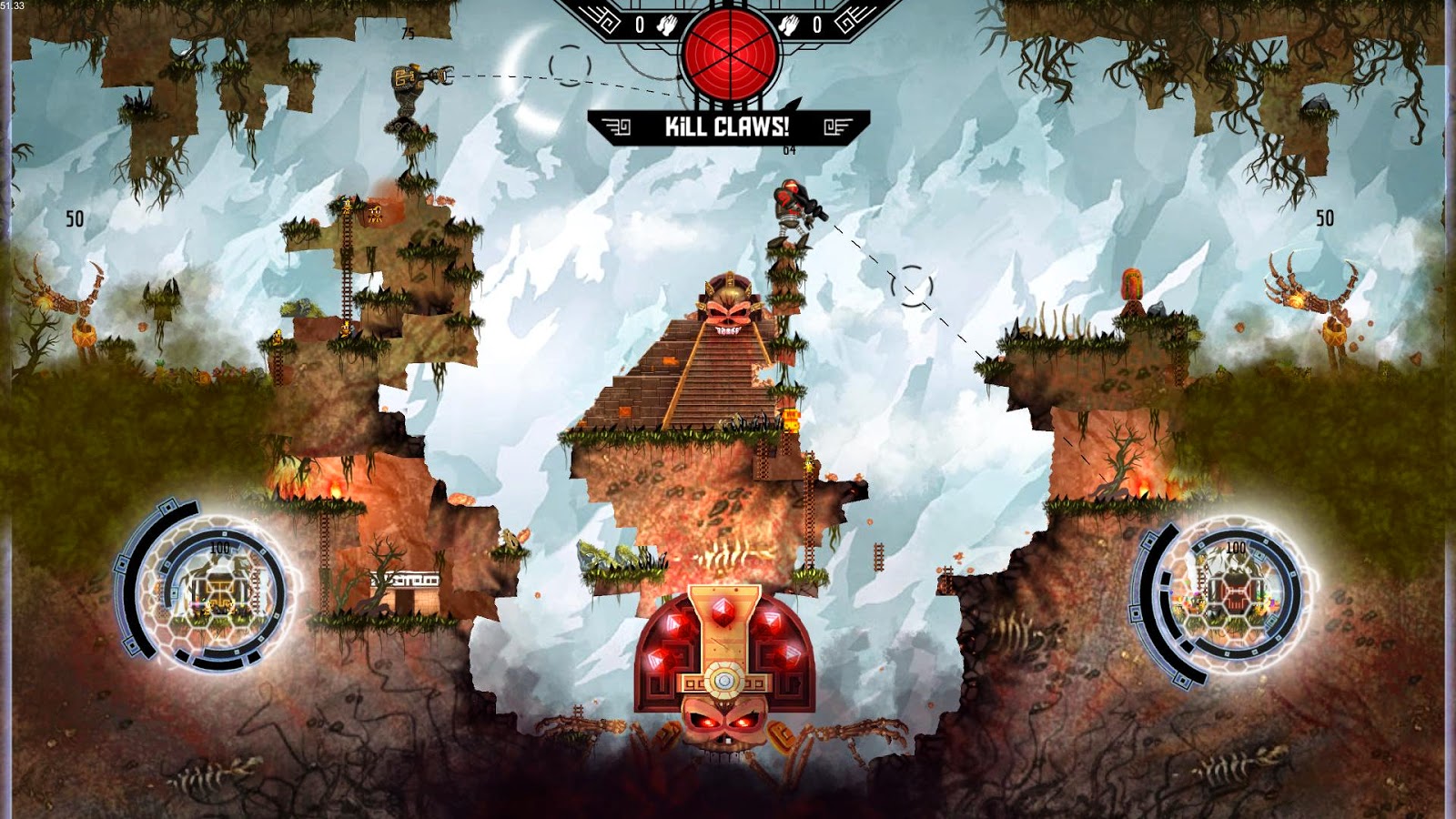 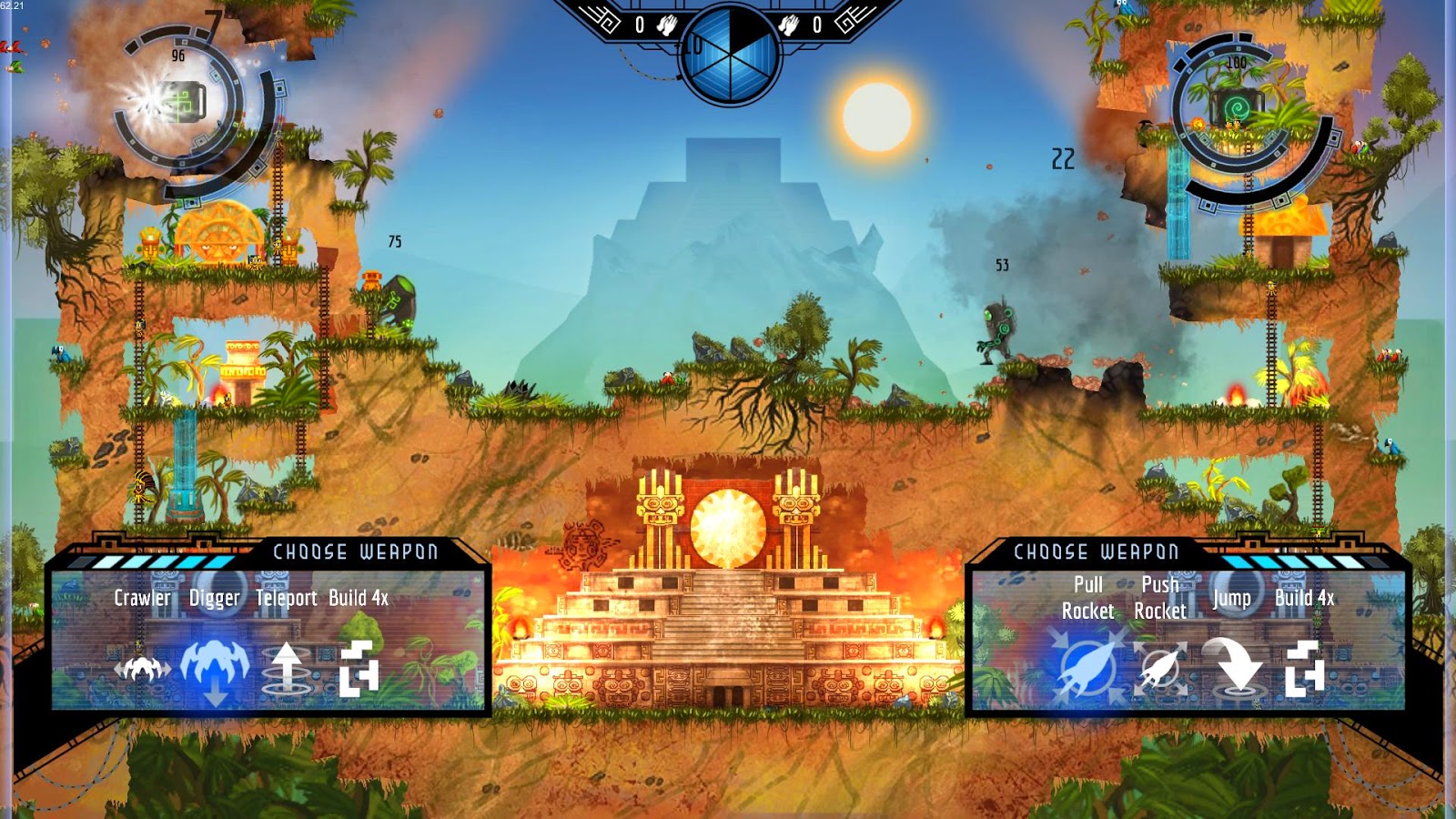