Indie Game Review - The Beard in the Mirror

The Beard in the Mirror (I’m still a little sad that developers “Oh, A Rock!” did not keep the original title, “The Beard in the Mirror is not Mine”, but I guess that was a bit of a mouthful!) is a very retro point and click adventure game.   It’s much more in the style of the Sierra games, but it has a few features inspired more from the LucasArts style.  At any rate the interface is a doddle to use and understand, and even gamers unfamiliar with point and clicks should have no difficulty at all with it. 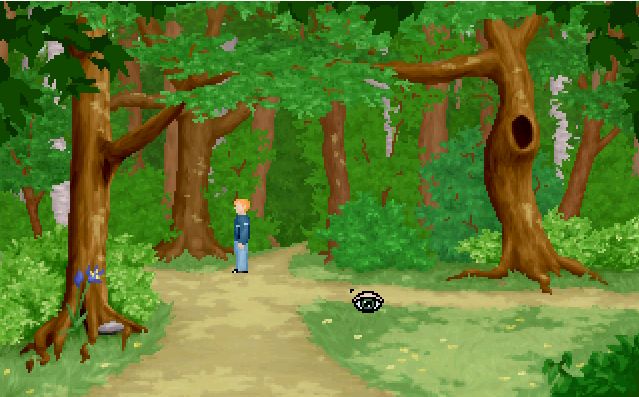 You play a young man named Paul, a bit of a fish out of water, when he has what appears to be a strange dream with a woman called Lily visiting him, who seems to know him but has no idea who she is.  Well you’ve probably guess it, this was no dream and he’s set on a path to another land.  No more about the plot itself as I don’t want to spoil anything for you!

The game offers some very solid adventure gaming, good writing, storyline and characters, and some extremely well designed puzzles.  There is a scoring system too, a nice nod to the old Sierra games, and I got 262/282 from my play through (approx. 4 hours), though I’m pretty sure I know where the lost points could be gained.   From a game play and writing point of view everything’s very good. 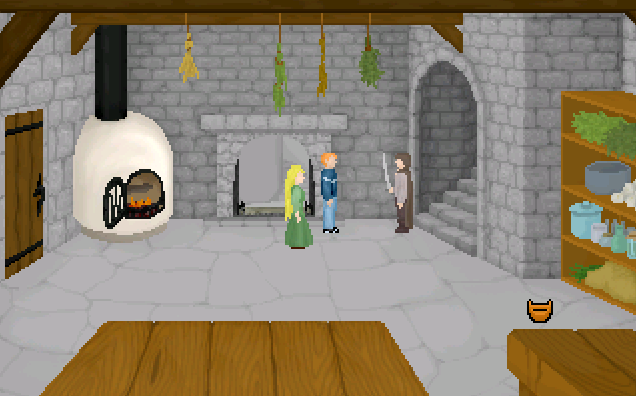 Where the game does lose some marks is in the production qualities, although the most obvious issue – complete lack of voice acting – I actually found to be no issue at all after a while.  Once I got into the plot I was engrossed, and because the writing is good and not overly wordy, reading it was a pleasure rather than a chore.  (The irony of the intro animation with its spoken “Oh!  A rock!” being the only voice acting in the whole game reminded me of the mime having the only spoken role in Mel Brooks’ “Silent Movie”!)  The graphics are fairly basic but are consistent and do their job, sometimes showing more detail than is evident at first, and to me (whether real or imagined) the overall quality of the backgrounds seemed to improve the further you got into the game (notwithstanding the some of the earlier locations are re-visited).

I really only had 2 issues with the game – a distinct lack of animation in most of the game (the characters had no idle animations and the backgrounds looked very static), and a large number of missing interaction responses.  The walk-cycle animations didn’t look too great on the whole.  The price point of the game seemed to me somewhat high for what was offered, but it really depends entirely on what you want out of a game – if you’re looking for something new that will remind you very much of the old King’s Quest games without some of the annoyances those games had (Beard features deaths but they never stop you from progressing through the game or cause you to have to save incessantly), then The Beard in the Mirror is for you.  If you don’t have fond memories of that sort of game already, it’s probably not likely to do much for you. 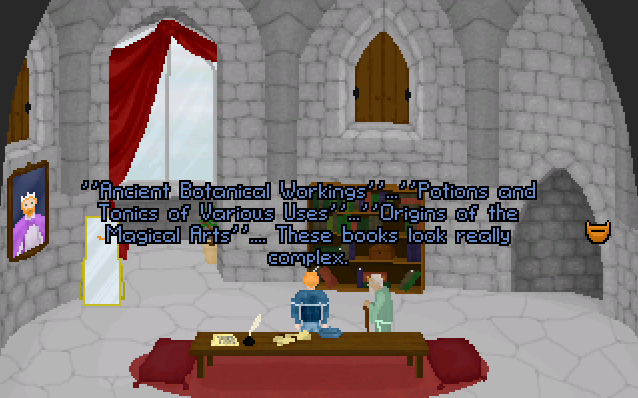 If you ARE a fan of retro adventure games this one offers a solid experience with a plot that’ll keep you interested, good writing, a nice dollop of humour, memorable characters and above all well thought-out puzzles with nicely placed difficulty levels that you’ll have to use your grey matter to solve, but are unlikely to get horribly stuck on.

The Beard in the Mirror is available on Steam.