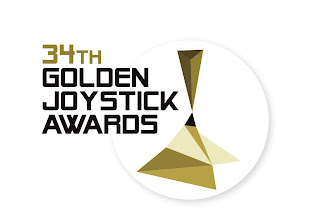 For the first time in the Golden Joystick Awards 34 year history, the gaming community will be able to attend the event, with a limited number of balcony tickets being sold to watch the full ceremony.


On sale from 9am on 1st August through www.goldenjoysticktickets.eventbrite.com, the tickets will be £10 each and sold on a first come first serve basis. The ceremony takes place at the indigO2 at London’s O2 Arena on Friday 18th November from 3.30pm - 5pm.
The Golden Joystick’s is the world’s most popular and credible games awards, and the only one that is voted for by the public. In 2015, over 9 million votes were cast across all aspects of gaming, from Best Handheld Game through the biggest AAA blockbusters. The event is attended by the the great and good of gaming industry.
Declan Gough, Future’s Head of Content and Marketing for Games said, “The Golden Joystick Awards have become the biggest gaming awards ceremony in the world because they are about what the gaming community think. We have been working in the past couple of years to brings the community more into the awards with live feeds on Twitch, and we are delighted that this year we are able to actually invite them to experience the ceremony first hand.”
The Golden Joystick Awards are powered by GamesRadar+, Future’s market leading entertainment website. Voting for this years awards will open from 1st September.