Information on this new interactive fiction development package by its creator, Ryan Epp:


What is Yarn?
For readers, Yarn is a app for discovering interactive stories. For writers and game developers, Yarn is a set of tools designed to make writing and publishing interactive stories easier.
What makes Yarn stories different?
With Yarn, readers become a part of the story by making choices. Some choices are insignificant while other can open up new sub-plots or lead to alternate endings. Yarn narratives can fork off in new directions or converge at any moment based past choice(s) or at random. Yarn stories are aided by images, animation and other visual elements. Some even feature sound effects and music.

Some Yarn stories unfold in real time. When there's a gap in the action, the story stops. When things pick back up readers receive a notification.

While most traditional books are written in first or third person, Yarn's features open up new points of view. Some Yarn stories are written in second person, some are told as conversations between characters while others play out as dialogs between the reader and a character. 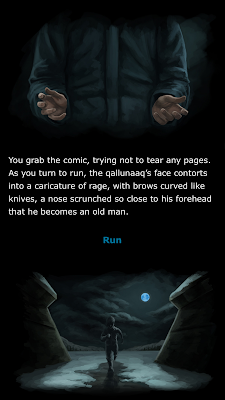 So are these stories or games?
It really depends on the title. Some have (mostly) linear plots and read like mixed-media novels. Others have puzzles, optional side-quests, character stats and other gameplay elements.
Why build an interactive story platform?
We believe that the phone is the next great medium for storytelling. We believe digital stories can be more than just ebooks; that they shouldn't be bound by the constraints of traditional, print novels.

On a less philosophical level, we believe there's a huge underserved market between books and video games. We think the success of games like "A Dark Room," "Lifeline," and "Depression Quest" prove that interactive fiction can have mass appeal.

There's a virtual library of awesome games built with tools likeTwine spread across the internet. Unfortunately, they're often hard to find and most only play well in desktop browsers. With Yarn, we're aiming to make interactive stories more accessible for readers, while offering a better distribution option to authors and game developers.

Who writes the stories available on Yarn?
All of the titles published on Yarn were developed by independent authors. 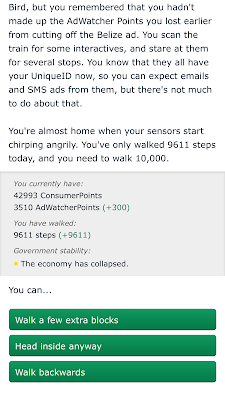 Is Yarn free? How will Yarn make money?
The Yarn app is free and always will be. All of our current titles are also free. We plan on eventually letting authors sell their work on Yarn. As for making money ourselves, we have a few ideas but haven't committed to anything. We're not too worried about it yet.
When will Yarn be available?
The Yarn app is coming to iPhones, iPods and iPads on June 23, 2016. Our Android app is scheduled for release in early Fall 2016.
Who's behind this?
Yarn is a product of Poeko, a literary technology company. Poeko and Yarn were both founded by Ryan Epp in January 2016. 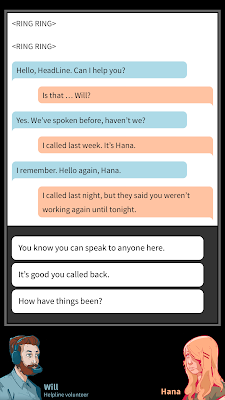 Who's Ryan Epp?
Ryan Epp is a former Amazon Engineer who regrets not going to art school. He's responsible for CodingConfessional.com [email protected]_SURREAL among other things. Before working at Amazon, he was a lead developer at Red Tettemer O'Connell and Partners where he led projects for brands like Under Armour, FOX Broadcasting, and Planet Fitness. He currently lives in the Philadelphia area with his girlfriend and a siamese cat named Meeko.
Where can I learn more about writing and publishing on Yarn?
Check out: https://writers.useyarn.com
Is Yarn an open-source project?
Yes. We're excited about building an open, community driven platform. We'll be releasing all of code related to creating and playing Yarn stories.
Check it out on iTunes (if you try it on 22nd June 2016 and it's not live, try again in a few hours, should go live around midnight on this date.)