Meet Nelly Cootalot, fearsome pirate!    Well actually she’s not very fearsome and is far more of an ornithologist than a pirate, but she does have an eye patch and travels on sailing ships.  Following the extremely popular freeware game featuring the eponymous heroine several years ago, she’s back for another rip-roaring, piratey, avian-filled commercial point and click adventure game!  I've been looking forward to this since I saw it demoed at Adventure-X 2014, and it doesn't disappoint. 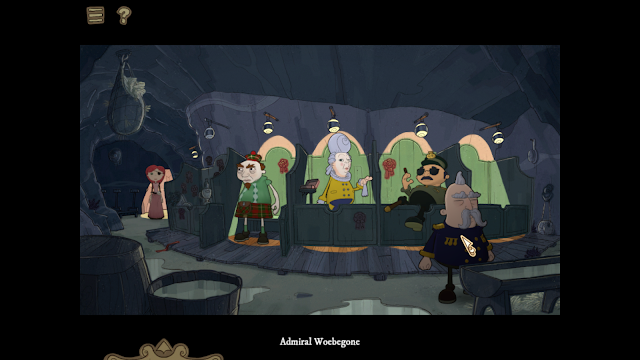 In the Fowl Fleet, without wanting to give too much away, there’s another crisis involving a flock of birds, Baron Widebeard and his cronies, and lots of salty adventures.  The game uses a nice simple interface that’s immediately comfortable to use, and there are a few mini-games that are well designed and often fun.  The main game is the traditional blend of exploration, conversation and experimentation, solving puzzles involving use of inventory items and suchlike.

The writing is very good and will often bring a smile to your lips.  There are a large number of interesting and humorous characters, including many reappearances of characters from the first game.  I was a little disappointed that every action / interaction appeared to have only a single response, but overall the quality of the writing overcomes this.  The puzzles are many and varied, ranging nicely in difficulty, although on the whole it’s slightly on the easy side for a seasoned adventure gamer.    There’s a built in hint system if you talk to Sebastian, a bird who follows you round.  The plot is both funny and  interesting enough in its own right to keep things moving. 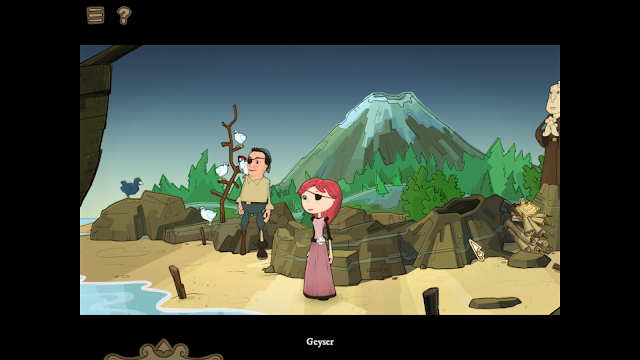 The game features a unique graphic style which is rather like a comic come to life, and features some very nice animation.  The music is very nice and the voice acting is top notch, with Nelly herself being a likable character and many other great performances – and of course I can’t help but mention that the great Tom Baker’s voice graces this game!    There are three main game areas and they all have their own unique look and sound, quite often with things going on in the background, adding to the impression of a living, breathing game world. 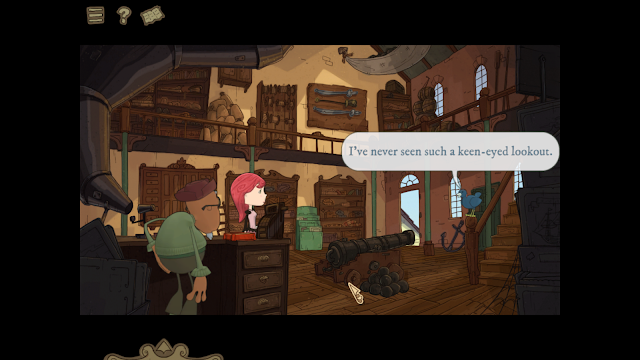 The game only took me 5 hours to complete and the ending seemed a little abrupt, but the twist at the end about one of the characters was great.  I seemed to have got very few of the available achievements so if completing the set is your thing you will get more gameplay hours out of this.  It definitely left me hoping that there will be a third installment of Nelly Cootalot.  Recommended to point and click fans – and of course fans of the original game (which can still be downloaded for free here), and a good introduction to the genre for newcomers – easy to use interface, not too difficult, but not too easy either. 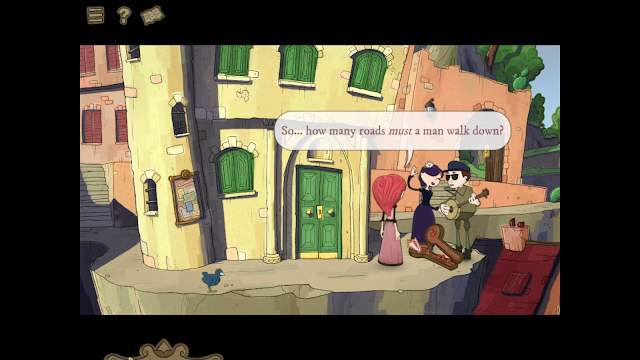