Auralux: Constellations is the sequel to highly popular ultra-minimalist strategy game Auralux that I reviewed back in2012.  The game revolves around gaining control of and defending planets, which produce units – there is only one type of unit in the game, and battles are decided on a strictly 1:1 basis, so the only want to win any battle is by numerical advantage.  The planets – or at least, some of them – can be upgraded (at a cost in units, of course) or taken over by force.

The game is split into 13 constellations, each with a number of star systems to play, ranging in difficulty between Easy, Normal, Hard and Insane.  You can play the systems in any order.  Each constellation has a specific feature that influences gameplay and tactics – for instance you can have gamma rays that destroy your planets at intervals, black holes that suck in all enemy units, white holes that produce more of your own, walls that prevent your units from moving, and suchlike.  Despite the apparent simplicity of the game due to only having one type of unit, each constellation set requires a unique strategy, and indeed individual levels within the constellations often require quite different tactics.  I have completed most of the individual levels but only 4 of the 13 constellations in their entirety – there is almost always one level (sometimes more) that just defeats me time and time again. 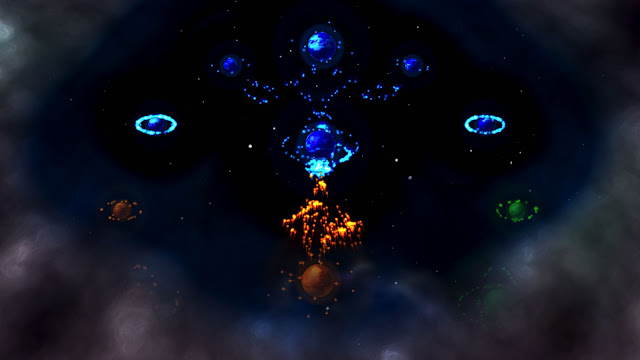 The game would be terrific even with just the single-player mode, but the local and online multiplayer games are an absolute blast as well, and there appear to be extra maps that are not available that do not appear in solo mode.  I’ve had problems finding other players at times, but it’s quite early days and I expect this problem to resolve as the player base expands.

Aesthetically the game is again simple but quite beautiful - well, in some ways less simple than the original.  There’s a kind of mesmeric quality to all of these glowing dots and pulsing planets, and there’s an overwhelming sense of satisfaction as you send a swarm in to take the final planet in to complete a level.  The music is good but in addition the gameplay itself affects the sound, which is a lovely touch.  It doesn’t require high system specs – even my system is quite happy with it in 1600x900 resolution. 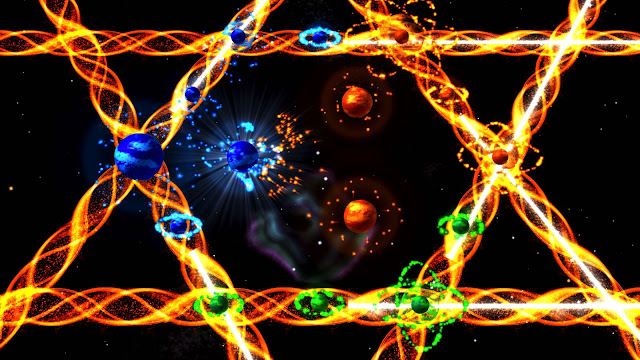 I’ve already played this game far too much and expend to regularly visit the online multiplayer.  This fits the description “beautifully simple, simply beautiful” perfectly.  It’s simple enough for newcomers and involving enough for most strategy aficionados (the only people I can see not taking to the game are those who would be disappointed in having individual levels that can be completed in a matter of minutes).   Auralux: Constellations is quite simply an amazing game.  However, some of the levels are downright evil! :-D 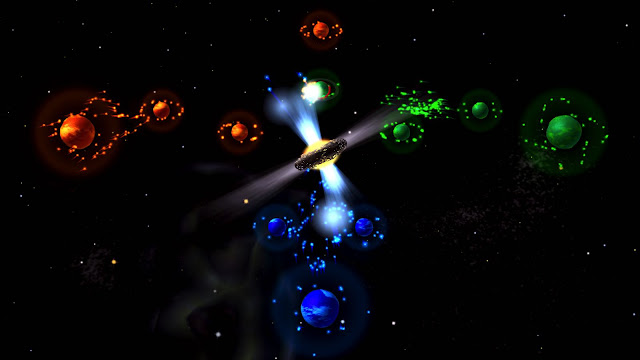