Haarlem, The Netherlands – 08 March 2016 – Developer Zero Sum Games and publisher Iceberg Interactive are happy to release the first official DLC to their turn-based 4x space-strategy title StarDrive 2 (PC/Mac/Linux). Sector Zero will expand theStarDrive 2 universe and gameplay grandly and adds a new set of features and additions.  A release trailer is created to show some first footage of the changes and additions to this brand new DLC. Check the trailer HERE: https://www.youtube.com/watch?v=bTsMMLLwWK4
Some of the major changes in the Sector Zero DLC include: The galaxy is divided into a new Hex-tile Strategy map, there are three new ways to win the game, dozens of new quests, anomalies, technologies and events. The ground combat received a major overhaul and new Deep Space Construction Mechanics have been added. Moreover, UI and AI are improved and there are more options for your Galaxy Size.
Daniel DiCicco, Developer of StarDrive 2 and Sector Zero DLC says: "We are thrilled to launch our first full-featured expansion pack. I know players new and old will be delighted with the many new features and changes in Sector Zero"
With the release of Sector Zero, publisher Iceberg Interactive is offering a massive 75% discount on StarDrive 2 in Steam’s Daily Dealhttp://store.steampowered.com/app/252450. Simultaneously, the main game received a major patch today. Read the full changelog in the Steam Hub HERE. 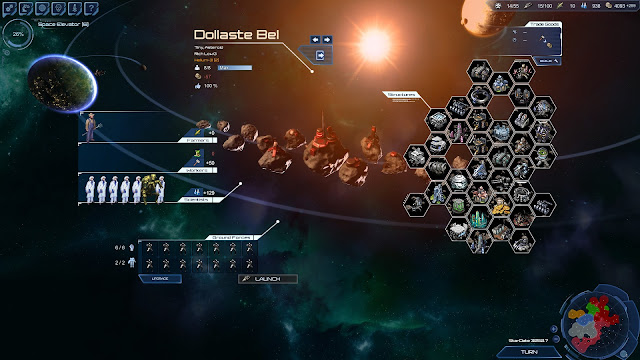