I didn't actually get to see this game in action at Adventure-X 2014, but I'm posting about it anyway. :-)

"The world ended on the day the bombs fell.

Since then, it's always been like this. Disease, hunger, death. The ruling Aristocrats have unchallenged authority – a faceless oligarchy that controls all resources, and there's never enough food, water or vaccine for everyone. The poor live in fear, superstition and squalor. The rich receive regular doses of vaccinations in exchange for unconditional government support.

Amy has never known a life beyond this, and has had to resort to working for Caligula, the ruthless head of the Ministry of Energy, in order to qualify for the vaccine lottery.  However, she will soon learn that the government is keeping a terrible secret.  With the help of a mysterious figure, Amy will work to unite the oppressed, bring down Caligula, and find a cure for the plague." 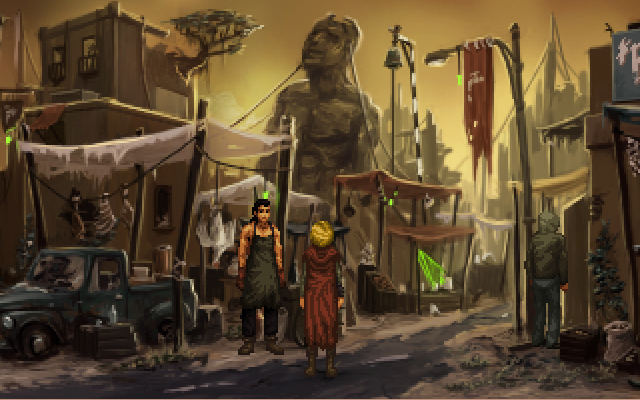 More news on this game a bit later, for now the gorgeous screenshots should be enough to keep you occupied! 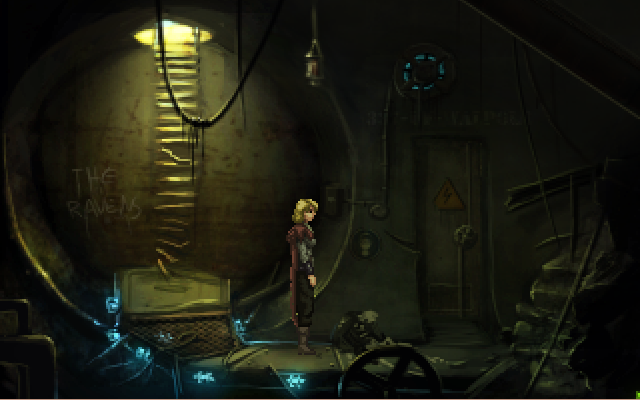 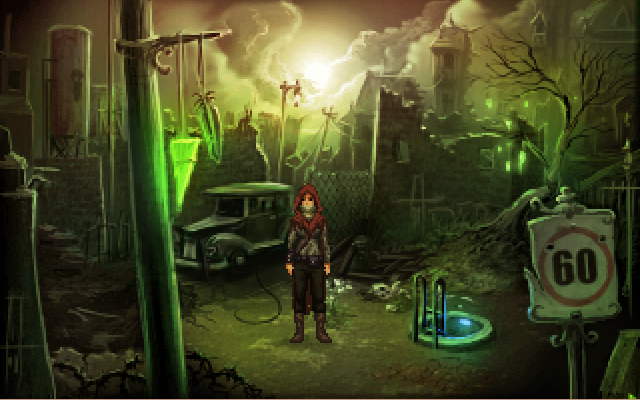 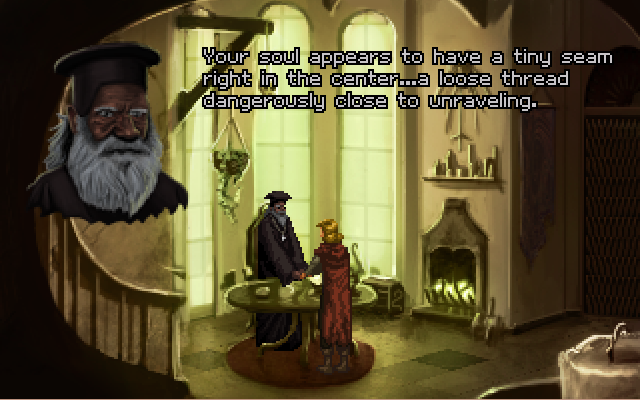