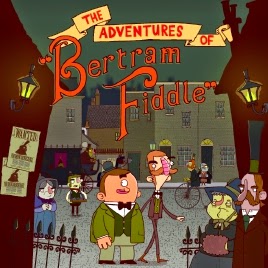 I saw this game in action at Adventure-X 2014, and I have to say that it looks really great.  Most devs I talked to, when asked "when is this game coming out", almost without exception said "hopefully in 2015" - when I asked the guys making The Adventures of Bertram Fiddle, I got the answer "this Thursday!".  So, 11th December 2014 is the big day...

The game was made a by what is primarily an animation company, and that comes through with the lovely visuals and animation, with  a surreal Victorian setting that's rich in detail.  I played it on a handheld for a while and found that the one-touch interface worked perfectly, with the idea of holding down on the screen to reveal all hotspots was a great idea.  It's described as kind of Victorian steampunk, which didn't make that much sense to me as surely steam WAS the big thing back in Victorian times?!? :-D

The design of the game seemed to anticipate what would be a typical adventure gamer response to a situation, and make you work out how to do it a different way.  That's not to say that the game is particularly different, but the most obvious response seems to almost never be the one you need.  The humour in the game is great, and the surreal atmosphere comes across in such a way that the oddness - such as you having a Peruvian valet called Gavin (he's also your in-game help system in a way), who just happens to be a cyclops as well, somehow seems perfectly normal! 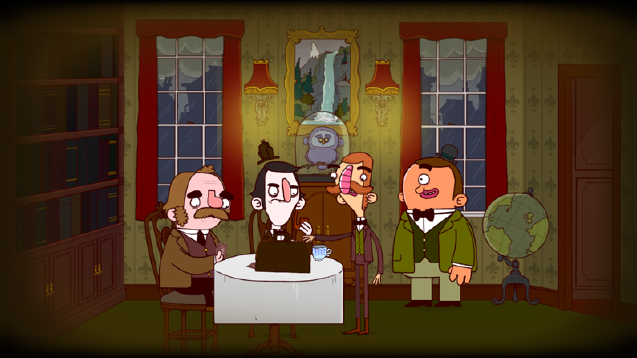 The game will be released episodically, which each episode giving probably about 2-4 hours of playtime, depending on how quickly you solve the puzzles and how much you want to explore the environment.  It was attracting quite a bit of attention in the Exhibitor's area of Adventure-X, and I saw one young lad playing it for at least an hour solid after someone else had come off.  (I can't help wondering how close he came to completing the game!) 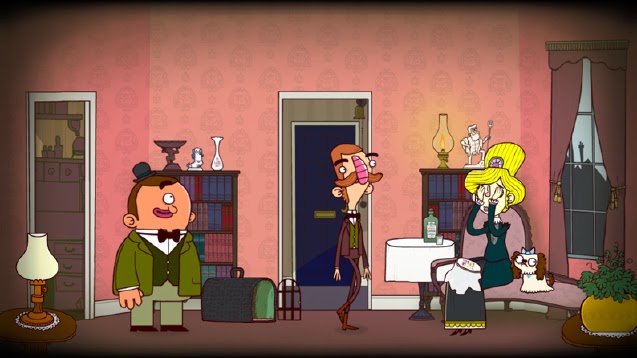 It's made with Unity so will be coming to a variety of platforms, but I think it's only the iOS version that's being released tomorrow.