1/ Tell us a bit about your game.
Black Ice is a cyberpunk hacking FPS/RPG, so it's a lot like Borderlands meets Tron. If you like loot, lasers, and neon, you're going to like Black Ice.

2/ What has been the most challenging thing about developing Black Ice?
The most challenging thing about developing Black Ice isn't any one feature in particular but the massive amount of work required for a game of this size.  I've been trying to keep the scope of the game down, but even then, I've been surprised at the number of things I need to do to get everything right. This is the first real game I've made, so I suppose this is to be expected. 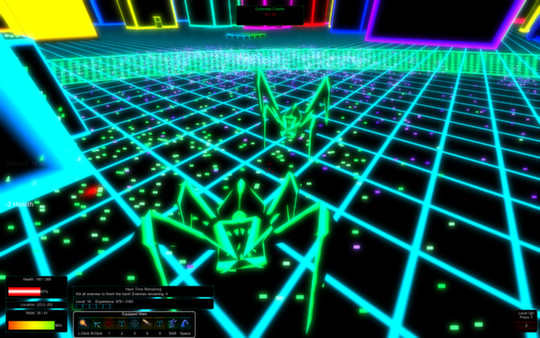 3/ What aspects of the game are you most proud of?
I've been really happy with the core loop of the game - finding a building you like, starting the hack, hunting around to kill all the enemies while staying within the radius. I spent a lot of time just trying to get that right before I moved on to anything else, and even when I thought I was done, I still found things to improve. In particular, leaving the hack radius used to instantly cancel the hack, but now you have a ~5 second grace period in which to get back in.  This was a huge improvement to the feel of the game, and I was surprised at the new strategies it allows without really changing the core.

4/ Has there been any player feedback that you were particularly please with?
Oh, I love all player feedback, in particular theory crafting. I guess I'm most proud that I've got >99% positive reviews on Steam (okay, I'll stop bragging) 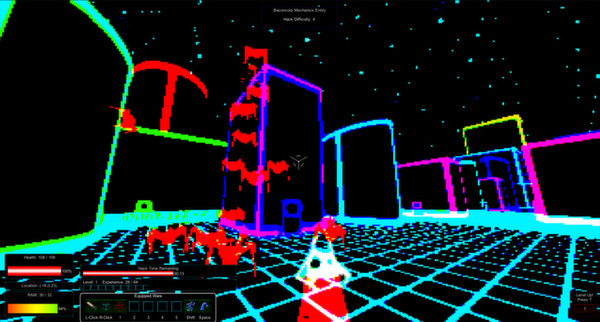 5/ Any plans to develop Black Ice further?  Or a sequel, perhaps?
I still have *tons* of plans to develop Black Ice further! I just added PVP and player-summonable minions, and now I'm working on revamping the UI, which will lead to controller support. After that, I've got player models, more enemies, and inter-server connections (servers buffing each other so you have to a kind of network/threat analysis) planned.  Actually that's part of the problem - I might have too many things planned. But then, I don't have to stop working once Black Ice reaches 1.0.

6/ How do you see the indie game scene at the moment?
Well, I like to focus on the positive - and the Indie scene is full of great people willing to share knowledge and encouragement. I love that. 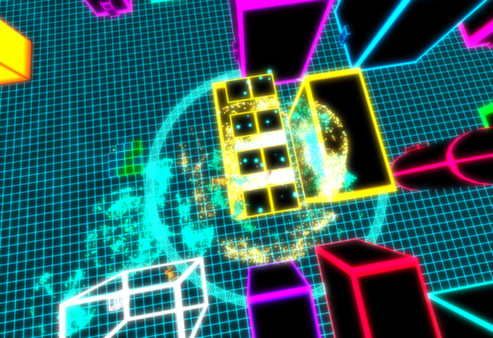 Thanks to "SuperDuperGC" for the interview, and please do check out the official Black Ice website for more information about the game. 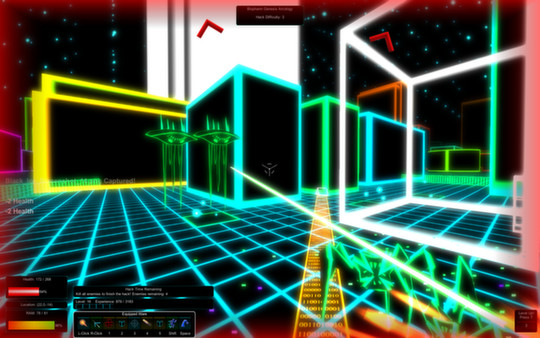