You wake up on a planet following a crash… where are your crew?  Why does this planet seem to be bereft of life, despite all research indicating that it should be teeming with it? 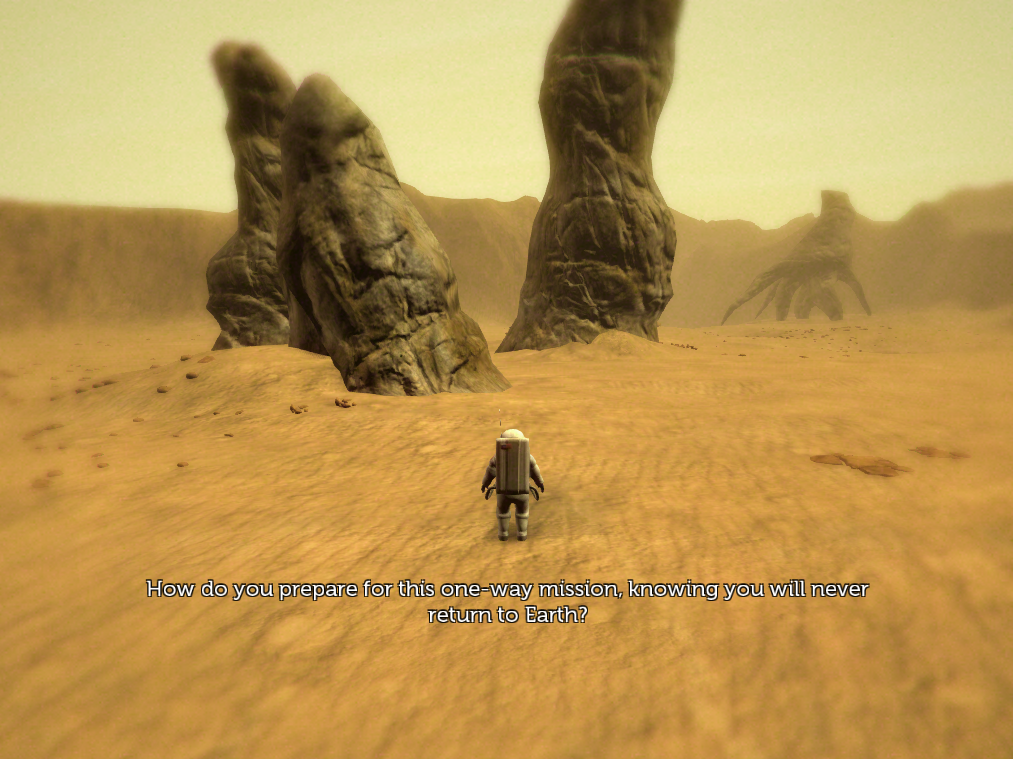 This is the situation that you face in Lifeless Planet.  I have to admit, at the very start, I didn’t think I was going to like this game much (or at all) – you seem to be presented with a huge, barren world to explore and very little guidance as to where to go.  However this turned out to be a bit of a misnomer – in fact that game guides you, quick clearly when you work a few things out, as to where you need to go next – but in a clever way that doesn’t make you feel any less like you’re genuinely exploring.  Along the way you may have puzzles to solve or 3D platforming to beat – none of it is particularly taxing, but the atmosphere the game creates is incredible at times.  Following a set of footsteps across a vast open plain has never been so absorbing.

While you mostly have all the time in the world to look around and work things out, at certain points you have to beat a time limit - especially when you start to run out of oxygen.  Although this happens infrequently and at set points in the game (you can't run out by taking too long in other sections), when you hear your breathing become more laboured and the edges of your vision begin to blur and blacken, it can feel pretty tense.  Certain discoveries can also be a little harrowing.  But the tension and horror elements are always measured, the sense of exploration and the sci-fi environment are always the key things here. 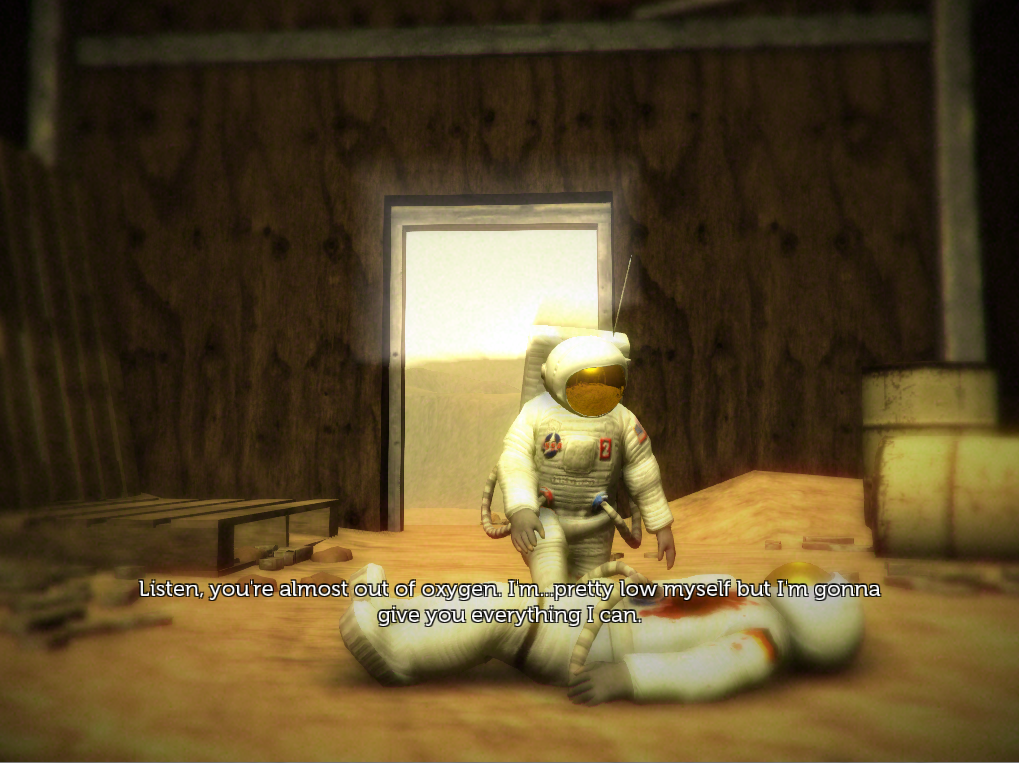 The thing about Lifeless Planet is, though the gameplay elements are fine in themselves, it’s all about the story.  It’s slowly revealed as you journey across the planet, sometimes encountering strange and mysterious things, sometimes avoiding danger, sometimes finding out visually as well as via your character’s comments and the log that you can read at various points, and is well written sci-fi with a hint of horror.  The plot is genuinely interesting and you really want to find out what the next revelation that the game hold for you will turn out to be.

The sound design is excellent and again highly atmospheric, I really wish I could tell you more about the graphics as they look lovely, but my current system was only just about capable of running it on absolute minimum settings.  (So please don't take the screenshots in this review as a representative of the game's overall graphic quality - it represents the very minimum graphic quality you can get!)  The music, when it is used, is effective and sometimes hauntingly evocative.

2 Stage Studios have created a thing of beauty here.  The gameplay elements remain simple throughout, but the story is so strong that it easily compensates for this – and in any case, just because the mechanics are simple doesn’t mean that there’s no level of challenge to it.  One particularly memorable scene has you tightrope walking over dead power lines strung above a huge canyon.  (You will probably die quite a lot, but when you do, the game restarts at the last checkpoint – usually chosen so that when you reach a point where you are likely to die a lot, it’s just before the point you die.) 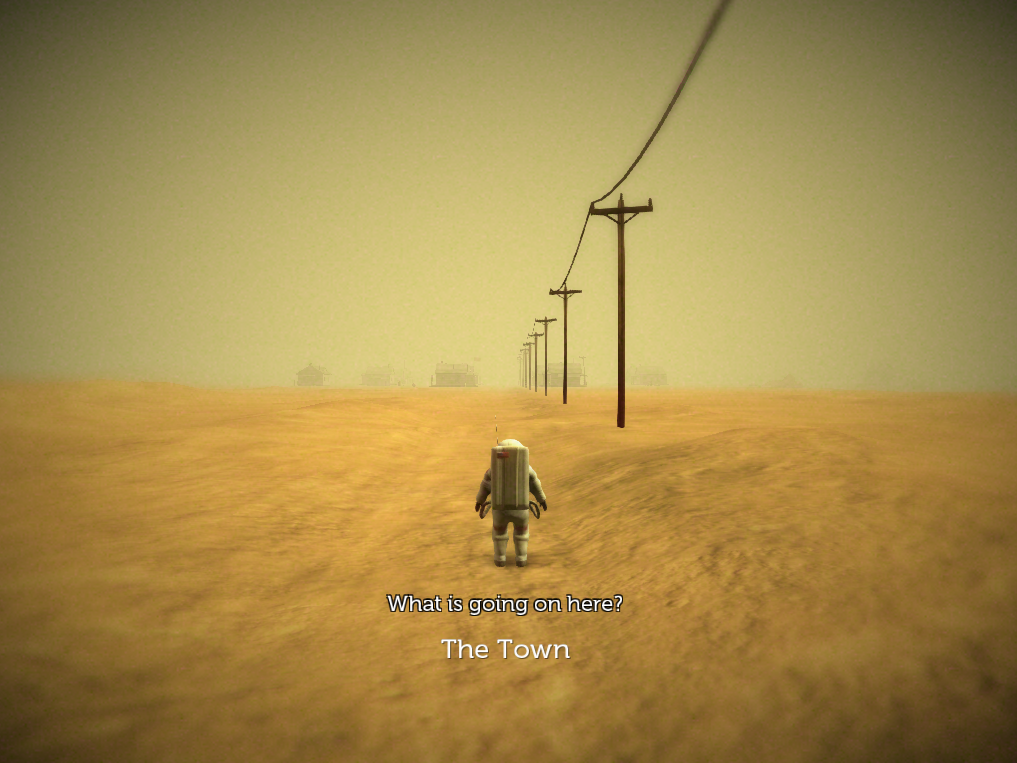 That does lead me to one of my very few gripes about the game – the savegame system.  If I select “continue game”, I expect it to put me right back where I clicked on Save in the first place.  However in Lifeless Planet, it sticks you back at the last checkpoint you reached before you saved.  This is rarely if ever a major inconvenience (and you can start a new game at any major checkpoint you have already reached anyway), but it did irk me just slightly.

All in all, Lifeless Planet is an excellent interactive story.  The gameplay is good enough to keep you involved, and the way the environment is cleverly designed to lead you to where you need to go next avoids a lot of frustration (although it is certainly possible to get lost at times, especially when you have the extended jetpack capability!).  I think you probably do need to be a sci-fi fan to really enjoy it, but saying that there’s a strong human appeal to the story, and a nice bit of Cold War paranoia thrown in for good measure. 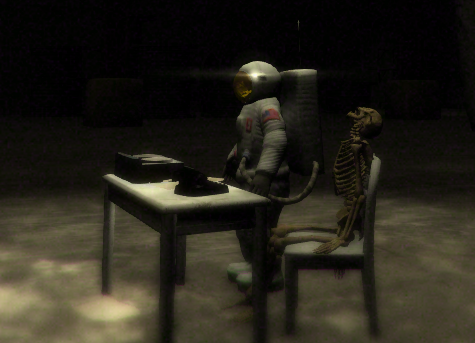