I debated whether to post this press release or not - I really don't know how much it would / whether it would have an application for gaming.  But I guess that if you're a programmer, and use Python, and make games, you'll be able to judge that for yourself... so here it is!

Python programmers gain access to over 1,700 mathematical and statistical in the NAG Library

March 5 2014 - The NAG Library for Python, from the Numerical Algorithms Group, which gives users of the increasingly popular Python language access to over 1,700 mathematical and statistical routines in the NAG Library has been enhanced in-line with Python2.7 and Python3. Further enhancements include an improved pythonic interface and a new python egg installer.

NAG Consultant Brian Spector, will be discussing the NAG Library for Python at the New York Quantitative Python User GroupMeetUp on March 6 2014 where he will present the headline talk "Implied Volatility using Python's Pandas Library" and will explore a technique and script for calculating implied volatility for option prices in the Black-Scholes formula using Pandas and the NAG Library for Python. He will fit varying degrees of polynomials to the volatility curves, examine the volatility surface and its sensitivity with respect to the interest rate. 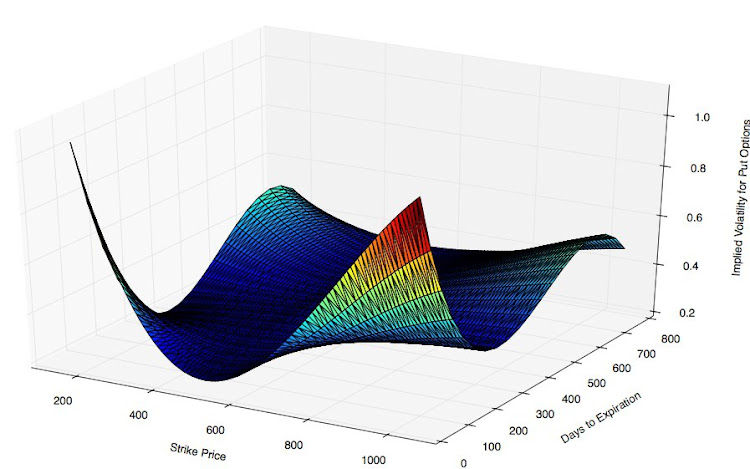 Background
Software developers writing in the popular Python language that require accurate and reliable numerical functionality are faced with a dilemma - write numerical routines yourself or source elsewhere? The NAG Library for Python saves those working in the environment crucial development time by providing world-class quality, robust, stringently tested and fully documented numerical code in one cost effective numerical library. Why waste time writing arduous routines when the work has been done for you? Frequently, the NAG Library for Python is used for prototype application building with subsequent production systems being developed using other variants of the NAG Library, based on the same underlying NAG routines.

More benefits of the NAG Library for Python:
Detailed documentation giving background information and function specification. In addition it guides users to the right function for their problem via decision trees.

Hands-on Product Training - NAG offers a wide range of tailored training courses either at our offices or in-house, including 'hands-on' practical sessions, helping users to get the most out of their software.

See http://www.nag.com/python.asp and the NAG Blog http://blog.nag.com/ for more information.