Reversion is an episodic series of adventure games that brings us in a dystopian Argentina, more precisely in Buenos Aires, where a young man wakes up in a hospital with a huge amnesia. His name's Christian and he believes he finds himself still in 2015, while he's actually in 2035 and the whole city has been taken over by a non better specified military force. All he has left from his cloudy past is a torn picture of what seems to be a scientist. The first goal is to manage to get out of the hospital, which is guarded by some military-dressed individuals who also seem to know who you are and why is their boss about to come for a torture\interrogation addressed to your person. 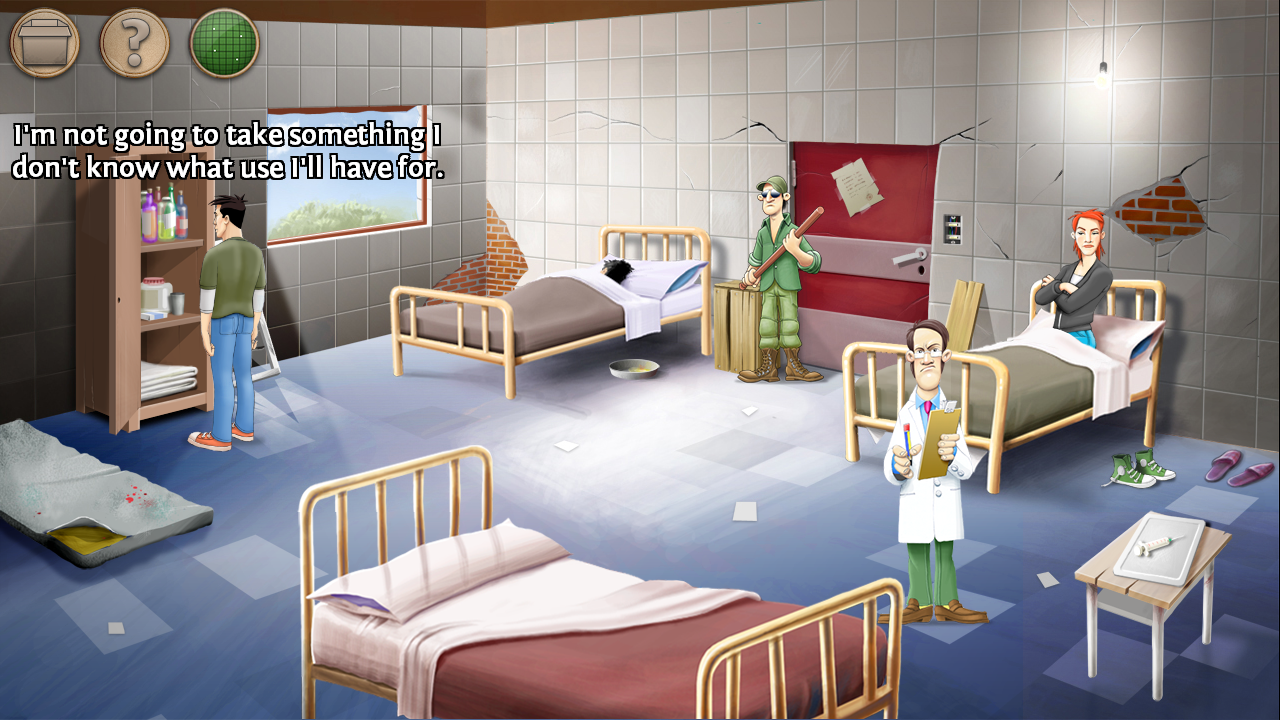 You're not alone in the hospital: there are also a redhead woman, who initially won't talk to you, and another prisoner, unable to speak after his own "interrogation".

The one provided in Reversion, is not a kind of dystopia which we're used to: you won't see flying cars or any typical sci-fi approach to the genre, but instead the feeling you get is that the society just abruptly stopped evolving, somehow even regressing and it indeed feels interesting.

The first episode is really short, given that the only goal is to escape from the hospital and that's why I considered talking about both the first and the second installments of the series, which are currently the only released ones.

While the whole setting is laid out in an interesting way, the characters sometimes don't feel as such. Christian, whose degree of amnesia is not very clear to us, in some moments will just remember things in a sort of "deus ex machina" manner. For instance, out of nowhere he will just know that, in order to reach some place in Buenos Aires, there's a specific path to take.

Most of all, though, throughout these first two games in the series, we only grasp a little of what's actually going on. We spend most of the time trying to understand if there's someone who can actually help us restore our memory and, in this perspective, the characters are not helping. Often your questions about what's going on are answered with a postponement and this kinda let me ask myself if I would have ever know something more or not. 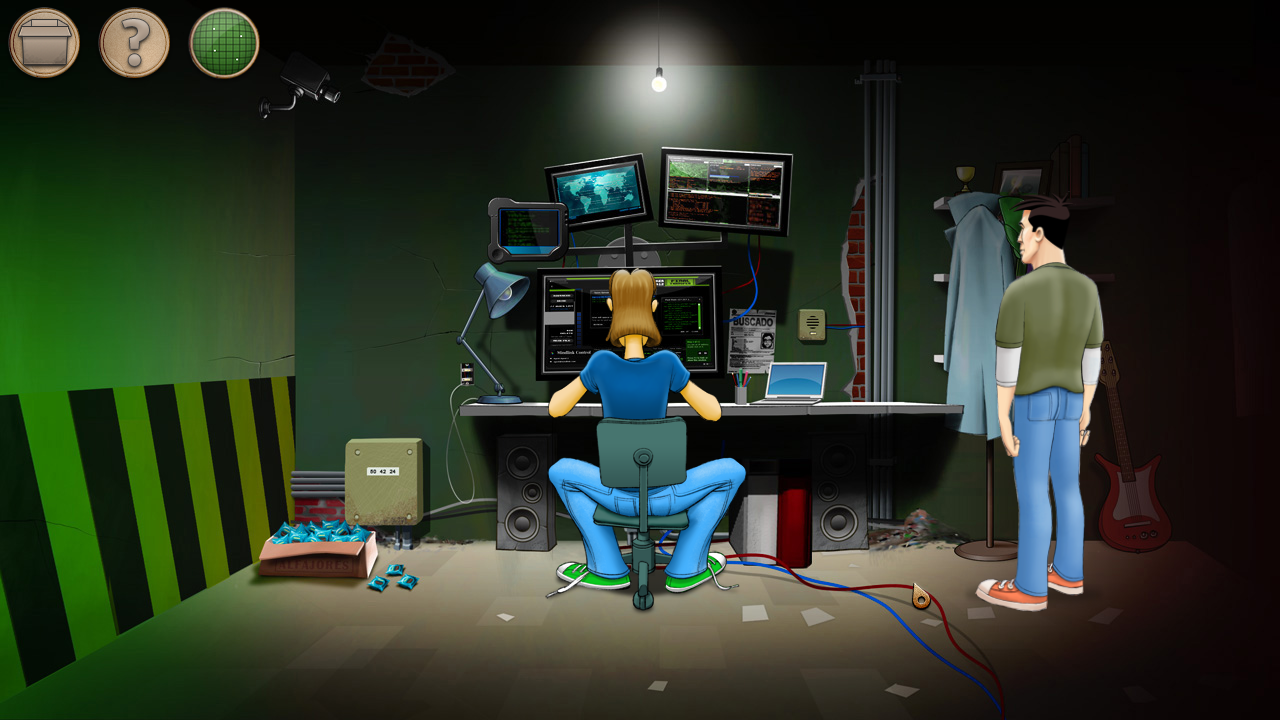 About the puzzles, a thing that can be unfamiliar to adventure gamers is that most of them are linear. This means, for instance, that I can't take an item before knowing why do I need it. Some other puzzles, then, are going to be more difficult than others because their solution will have you to repeat something you already did once and, since these will come without a proper feedback, you actually may not be aware of what to do next. Here comes in handy the included hint system, which allows you only to get a hint every 4 minutes or so.

3f Interactivo, after releasing the first episode (The Escape) as a freeware title for Windows, successfully completed two parallel campaigns (on idea.me and Indiegogo) to fund the development the second episode (The Meeting).

The games are programmed with the Wintermute Engine, which helps delivering a smooth and pleasant interface, with an action-token that pops out when we keep pressing the left mouse button over an item. The background art is detailed, yet not as cartoonish as the characters, whose walking animation sometimes seem to be unexpectedly "plastic", feel.

There are few typos in the subtitles and sometimes you could meet some unlocalized sprites as well, but there's nothing that will stop you from playing successfully these two games. 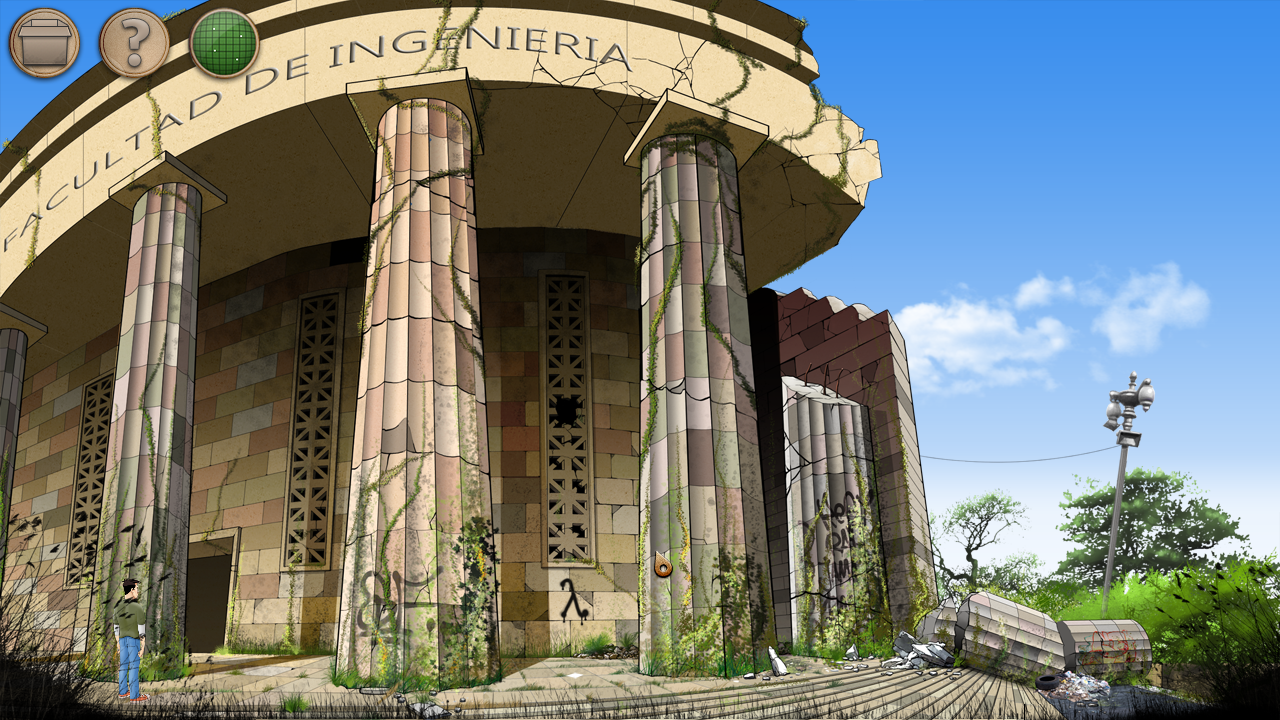 If what you've read got you curious about this series, you can give yourself a few hours of entertainment playing these first two episodes.

Review by Chris Sacchi for www.indiegamenews.com