What happens when you mix up the sci-fi plot style of Bladerunner and the ambiance of The Dig? Why, you get Gemini Rue, of course!  It really is a very good adventure game, with a novel approach to the interface, though it's definitely one for adventure game veterans rather than beginners. It's a pretty tough game (at least I thought so) in some places, and the large, rather bleak environments bring home the stark isolation of the game's dystopian society and protagonists, criminal-turned-cop Azriel and Delta-Six, prisoner of an institute whose motives seem far from pure... 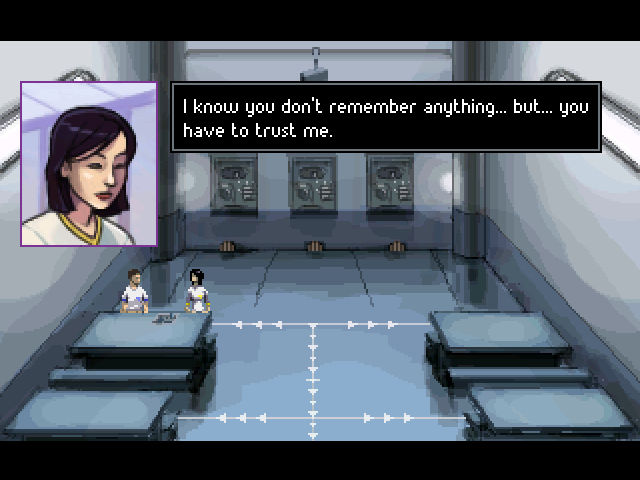 The graphics are very old school, nicely detailed and lots going on in every screen - very little was static really, there was always some animation going on. Retro graphics obviously aren't everyone's cup of tea, but for those of you who've grown up with the LucasFilm Games / Sierra-on-Line classics, it's a little bit of modern history. I'm not sure whether the game would have benefited from higher resolution graphics or not, but somehow the slight blockiness of some screens is all part of the appeal. The animation is handled very nicely. 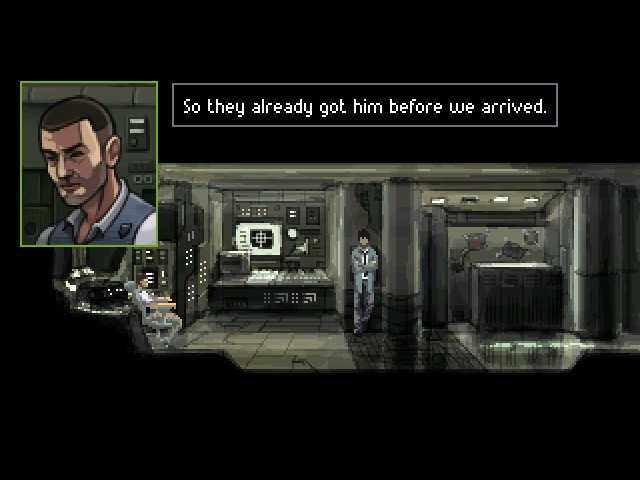 The music too is good, very moody and wouldn't be out of place in a top science fiction movie.  The game is sometimes eerily quiet, but excellent use is made of ambient sound effects to compensate for this.  The voice acting was, on the whole, good - I must admit it felt a little flat sometimes, but that's could well be more to do with the recording equipment than the voice cast themselves.  The overall atmosphere of the game remained good though.

The interface is right-clicking on an object or person to bring up a panel which has both your actions and inventory items.  It did take me a little while to get used to this, but I found it quite intuitive after a while.  You have eye, hand, mouth and foot actions available - the foot icon is not something I've seen very often in adventure games, but it works extremely well here and again I found it very intuitive - for instance when you needed to reach a higher level, using the foot icon in a hole in the wall or on a pipe to get a leg up seemed obvious.  Another interesting feature is that you can get other characters to do things for you, by interacting on them (hand icon) then on what you want them to do something with. 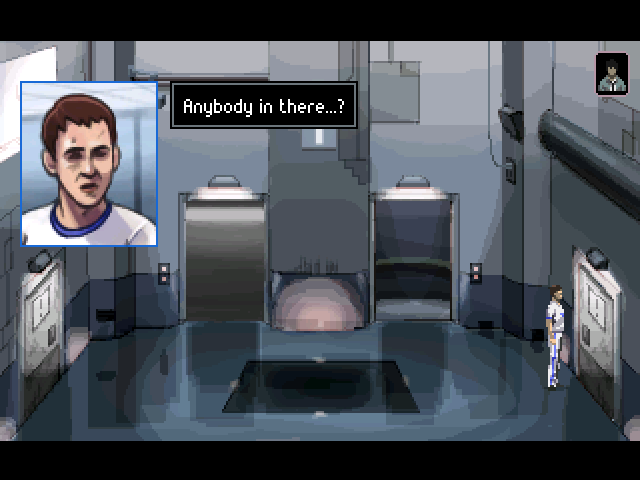 There are also action sequences in the game, which you can adjust the difficulty level of if you're finding them too touch.  I liked the sections and thought they added to the game - action sequences in adventure games are a tricky beast as many purists seem to despise them as a matter of principle.  Anyway, I thought they were a fun extra feature and added something to the game.  The fact that you could set them onto easy mode if you needed too should alleviate people getting too frustrated with them.

One thing that did frustrate me once or twice was the speed with which your character could get killed.  The game does do an autosave every time you are about to enter a life-or-death situation, which is good, but that doesn't prevent some annoying bits.  Not a really major problem, and it does feel appropriate in that your characters are living on a knife edge, with the mysterious Boryokudan organisation around every corner - but I still found it a bit frustrating at times. 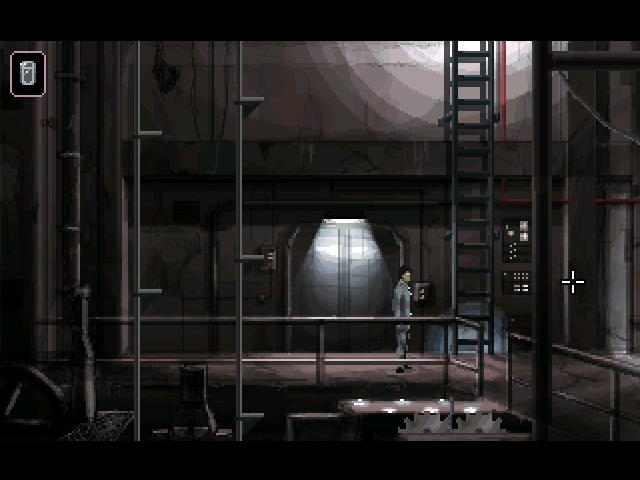 The puzzles were good, even the ones I struggled with had a definite logic behind them.  There's an element of moving boxes around, but don't worry if you hated that part of Broken Sword 3, it's only an occasional aspect of the game!  Some of the puzzles probably seemed trickier than they really were because aspects of the interface, such as searching terminals and using your communicator, didn't occur to me immediately since they're not something I've normally seen in adventure games.  There is a bit of pixel-hunting too (gah!) - but not too much thankfully.

Really though, the main strength and weakness of Gemini Rue is the same thing - the fact that it's aimed squarely at adventure gamers.  For those of us who love the genre, this is a great things - for those that don't, Gemini Rue might come across as a little inaccessible.  So really, the only thing you need to know is whether you like adventure games - if you do, get Gemini Rue.  It's got a very good story, believable dialogue, great atmosphere and of course most importantly of all the gameplay is good.  Highly recommended to all adventure game fans. 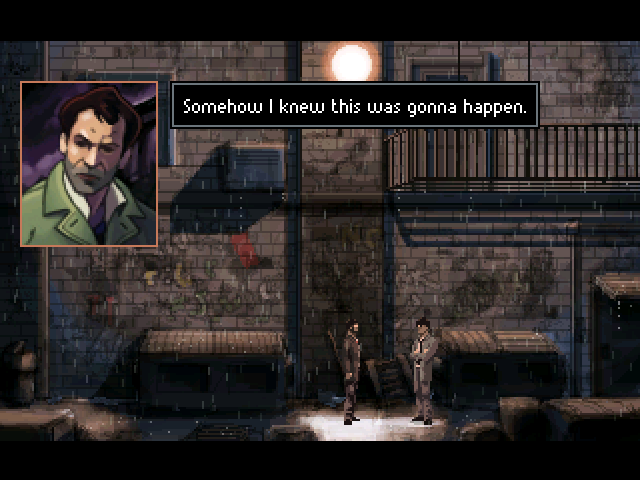