When I was asked to review the X360 version of Rofaxan 2089 AD, I was also informed of a previous review, related to the PC version. Dave said "don't let my review influence you!" and I didn't. Actually I still haven't read it!  (THE CHEEK! – Dave – click here to read it, unlike Chris.)

Personally, I'm not really into shmups, even if when I was 2 years old I used to beat the very first level of R-Type on my brother's Amiga, while sitting on the highchair. I think that the fondest memory I really have of the genre can be linked to the great PSX title Einhander.

Rofaxan 2089 AD is far more retro than Einhander. As the main screen splashes beneath your eyes, you're immediately drawn into the challenging spirit of the game, helped a lot by the fine heavy metal performed throughout all the experience by the German band Thunder and Lightning. From the very first moment, you constantly face danger as enemies, missiles and powerups crowd the screen quite hastily. This is no place for cowards! 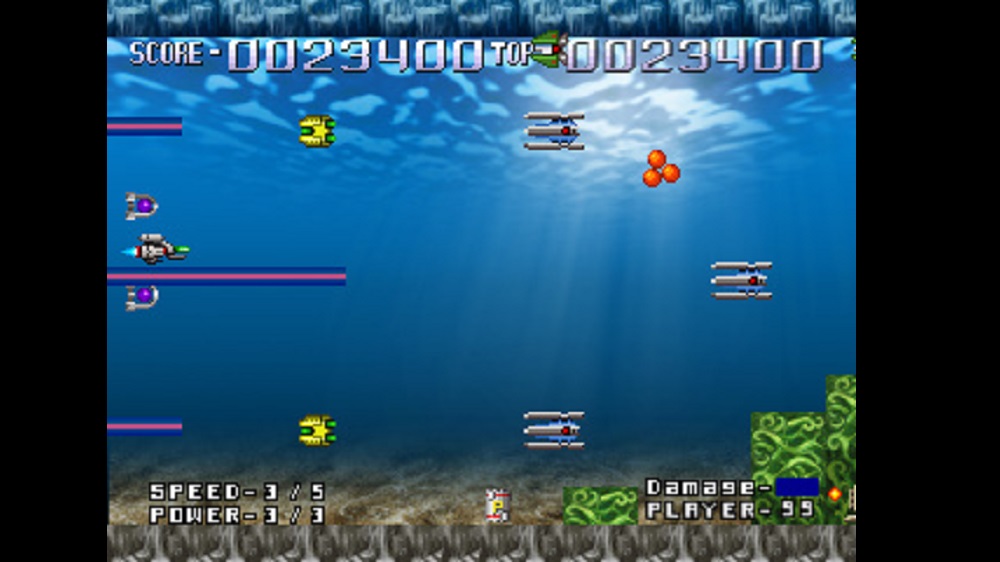 Any fan of the genre, probably, can find both a great challenge and a great entertainment in playing this title, which moves really smoothly on the X360 controller. With just 2 controls to use: steer and fire. As soon as you begin keeping your finger constantly on the fire button, the sense of hardcore nostalgia is immediate.

As a non-aficionado, though, I've kinda enjoyed far more the side-scrolling levels as a whole than the boss fights, where it sometimes seemed that you just had to find the right spot of the screen to avoid the predictable attacks and keep on shooting with the whole arsenal of weapons you gathered so far in the level. 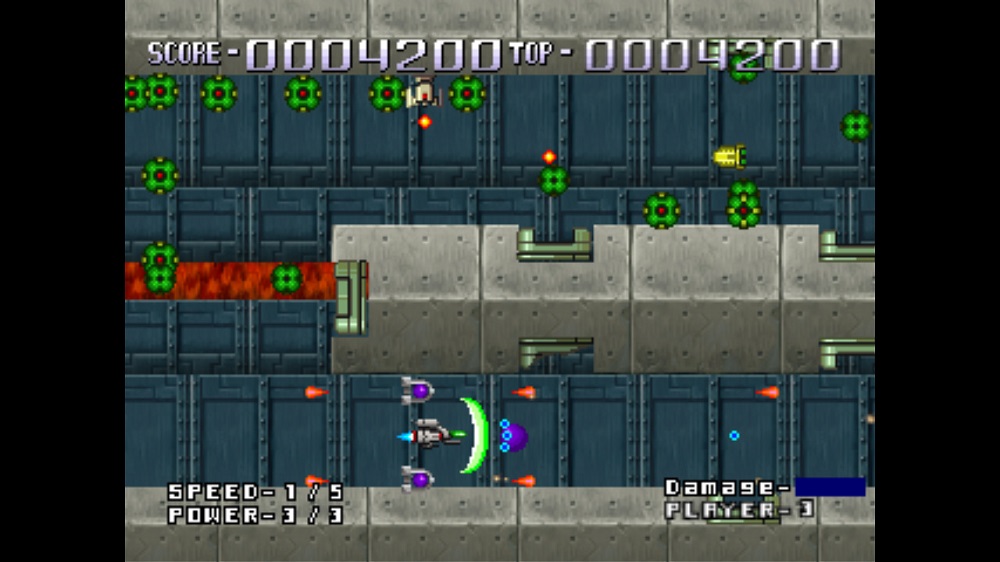 But as you go on, you see that this doesn't let you avoid any kind of challenge. The game grows harder on you and, unforgiving as it is, each time you get destroyed you have to start from the beginning of the level and lose every single power-up you collected (and moreover, your lives are numbered), so you won't lose that overall sense of true nostalgia.

My X360 is connected to a 27" monitor and, unfortunately, the game seems to not interpolate too well (unless I'm wrong!) when scaling at these resolutions. While everything is still enjoyable, the bigger sprites (the bosses', for instance) seem to suffer the lack of an outline and they appear more as paper figurines stuck to the screen than sprites in movement.

While there's a nice use of the shmups' trademarked parallax, some levels (like Stage 3 and 4), show different layers using the same palette and the result is confusing, especially if the game is getting insanely tough.

Other than the Normal mode, the game features also a Boss Rush mode that, as the title says, lets you face all the boss fights in a row, and a OMG HARDCORE MODE that, if you think you had a hard time with the Normal one, this will become a true nightmare!

So, if you love shoot-em-ups and got just few dollars to spare, you really have to grab this game on XBLIG; if you don't, don't let this stop you from trying it – you may well find it to be worth a try!