Al Emmo and the Lost Dutchman's Mine (the recently revamped edition, version 4.0) is an adventure game that wants to stay true to its ancestors - and does so in many different ways.

We're talking about a game in which you must not forget anything you see and hear from the very beginning intro cut scene, until the very end of the adventure. Not because it's fatal for your character, but because it's necessary for you to beat the game! The game itself is huge, especially if compared to most titles that are around these days.

The intro cut scene can be divided in two parts; first we see a group of treasure hunters led by Jacob and Eduardo. Jacob has grown sick and he has begun to cough a lot, so he chooses to leave to Eduardo the chance to finish up the quest and find the Aztec gold they were looking for. Before leaving on a mule, he passes Eduardo his two revolvers, hidden in his hat. Eduardo and the rest of the team (featuring a shifty, evil looking guy) then disappear inside a cave.

Then the scene changes and moves two years forward. We see the arrival of the main character at the Anozira station (read it backwards!). He's a little nerdish man in his forties that goes by the name of Al Emmo, and he drops off the train just to take his mail-order bride Ivanna Lottakash and bring her to his parents' house. Of course everything goes wrong: his bride-to-be states that he's quite not "as expected" and moreover she is somewhat looking for, let's say, "economic stability", while he's completely out of cash (since he doesn’t have "his father's allowance" with him).

And so here we are: in a town in the middle of nowhere, surrounded by desert, without cash and without love.

Those two apparently unrelated episodes we are exposed to in the intro are going to meet quite slowly during the game as our main quest, for quite a long time, is to try to let Al engage an affair with Rita Peralto, the lovely and gorgeous bar singer of the town. Moreover, our attempts are constantly sabotaged by a tall, dark-dressed Spanish prince that goes by the name of Antonio Bandana. 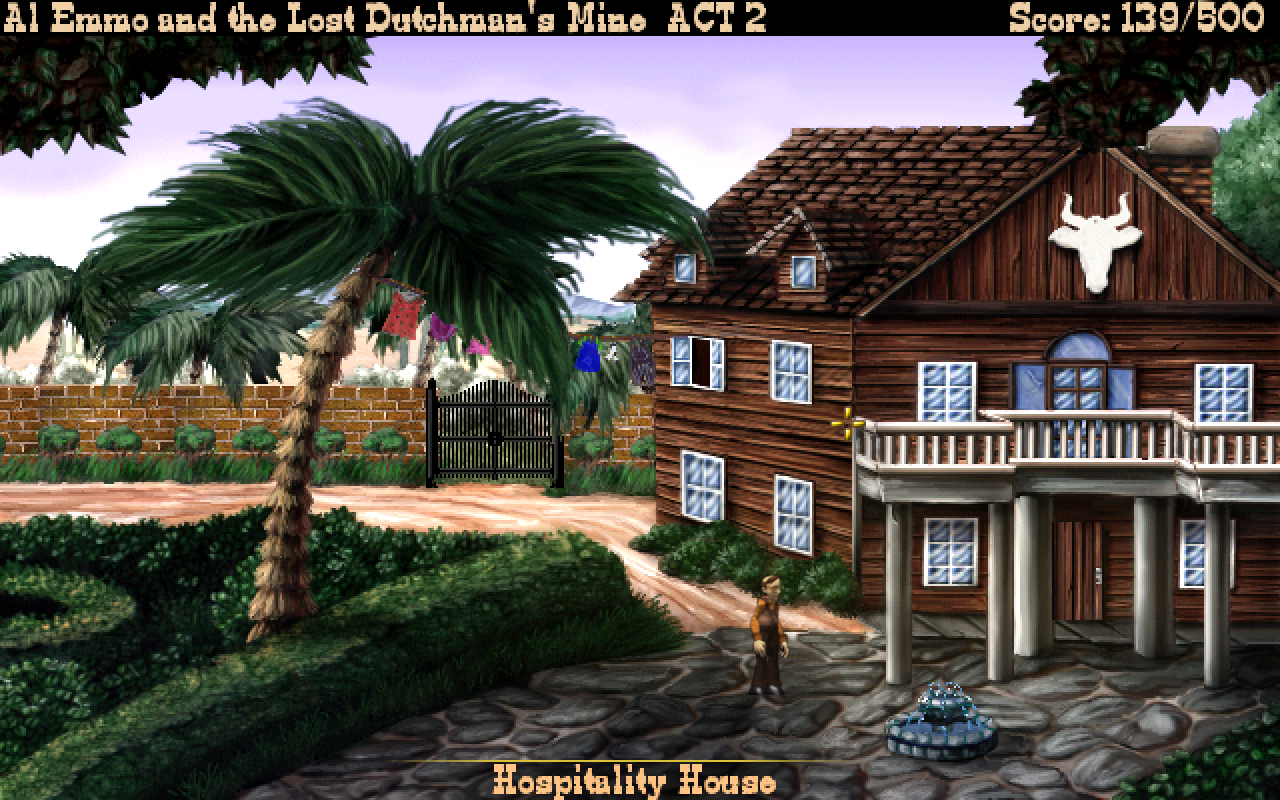 By taking a first glance at the game and at how it presents itself, a trained adventure player will immediately spot the huge heritage of those titles that made Sierra famous.

The main character could indeed remind, in looks and manners, of Larry Laffer from the Leisure Suit Larry franchise as well as the pretentious and pitched (and funny!) voice of the Narrator, which even engages active conversations with Al. The game features many great comedy scenes and clever easter eggs, which is indeed a plus.

The map of Anozira and its surroundings is also huge. Fortunately Al picks a map quite early in the game so that the players may move more easily through already visited important places. But if you lack memory or if you missed something needed in order to solve a puzzle located 6-7 screens away, it can still be a bit boring.

Most of the puzzles are really challenging and sometimes, if you are rusty as I am with this kind of "harder" adventures, you'll find yourself banging your head against the wall to try to solve this or that puzzle, while some other times you will have already everything you need in your pockets.

While the background art is very polished and the characters' conversation portraits are amazingly lip-synced with the voiceover, the character and objects 3D art feels more unpleasant. This 2D\3D hybrid, while proving again the great potential of the ever-marvellous AGS engine, breaks the immersion in what I think is a quite decent title. Really interesting, then, are the "act transitions cut scenes", which show off a completely unexpected graphic novel style (I wish that even the intro and the ending were made like this!) 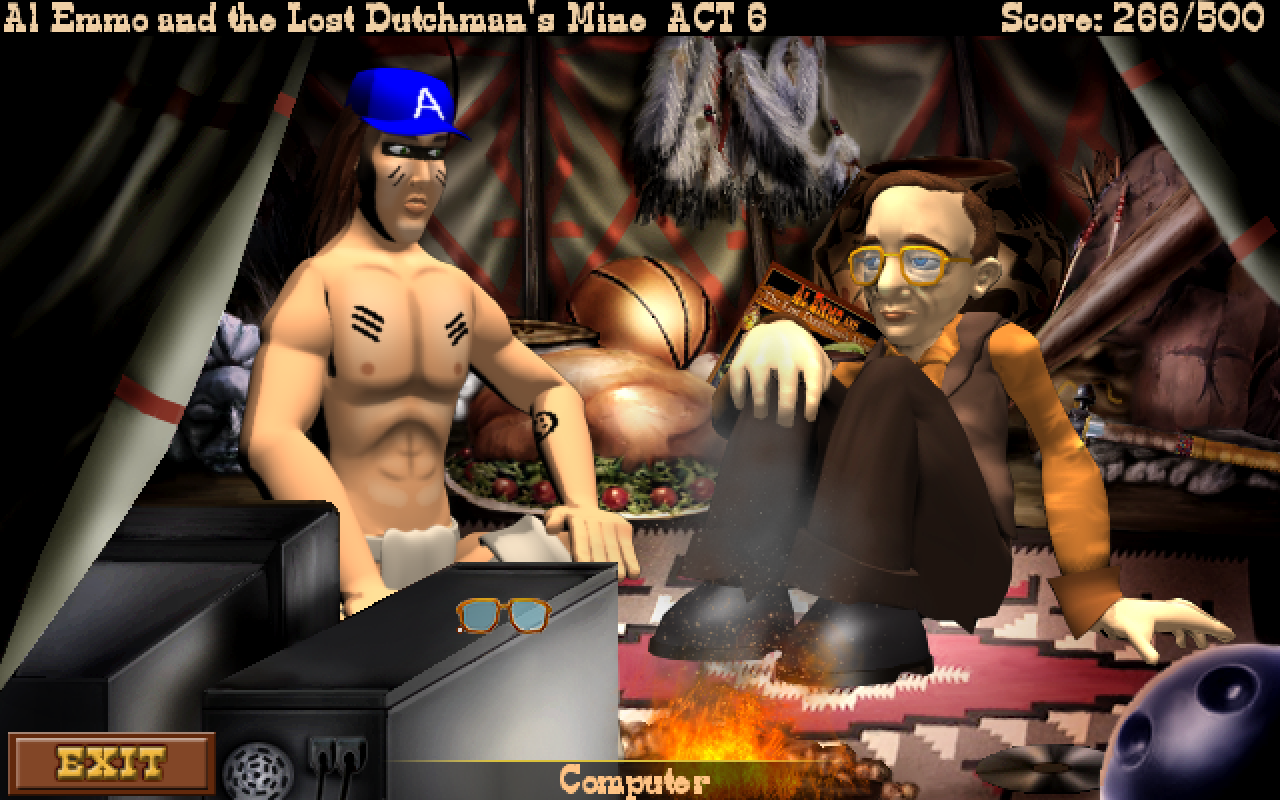 To summarise, Al Emmo and The Lost Dutchman's Mine is a nice title for both adventure game aficionados who want to face a really challenging title, and gamers in general who are open-minded enough to leap over non-AAA aesthetics and other things they aren't accustomed to. I have never played the original version, but this Enhanced one (which features improved graphics and a different voice actor for Al), for £5.99 ($9.99) on Desura, it's definitely worth a try.