Hot on the tails of the Top 100 Indie Games of 2013, we have the mods... after some thought I decided to post it here on Indie Game News, since quite a number of indie game devs started out as modders.

Melbourne - December 13, 2013 - After a hotly contested 10 days of nominations, the Players' Choice Top 100 Mods of 2013 has been unveiled on Mod DB. In the end 62,809 people picked their favorite crafty creations made by developers shaping and changing the game we play. 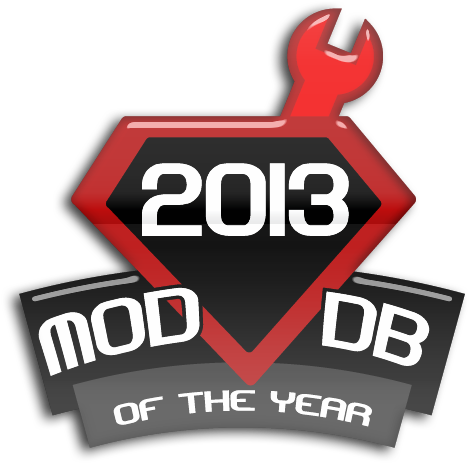 Now it is time for players to help us decide the top 10 of 2013, and they can do that by submitting their votes at the top 100 page.

Every vote counts and the clock is ticking... only a few days remain before the winners shall be locked in and shortly thereafter announced.

About ModDB
Mod DB is the premiere online community that unites developers, players and their ideas, empowering them to shape the games we play. Mods provide new and exciting options for gamers, and Mod DB is the largest website for players and developers who want to create and play something different. For more information please visithttp://www.moddb.com