Armed Seven is a fast-paced shooter where you feature as a guy in a mech suit or something and probably saving the world or something like that – I was a little hazy on the details but since when has storyline been important to a side-scrolling shoot-‘em-up?!  Anyway, it turns out that this is a tremendously good side-scrolling shooter – the controls are lovely and responsive, the action is frenetic but nicely varied, the boss fights are suitably epics. 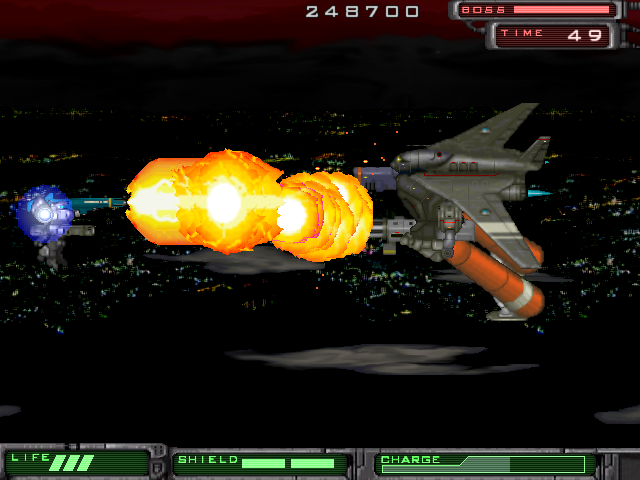 While the game sports terrific retro graphics and some whizzy visual effects, Armed Seven doesn’t fall into the trap that many Japanese shooters I’ve seen have – that of having just so much eye candy and things going on simultaneously that you can start to seriously lose track of what’s going on, or at least begin to feel that what you do in the game is largely irrelevant.  (This could just be me… but that’s often how I’ve felt with this type of game.)  With Armed Seven I always felt completely in control of the player character and thus, regrettably, had only myself to blame when things went horribly wrong. 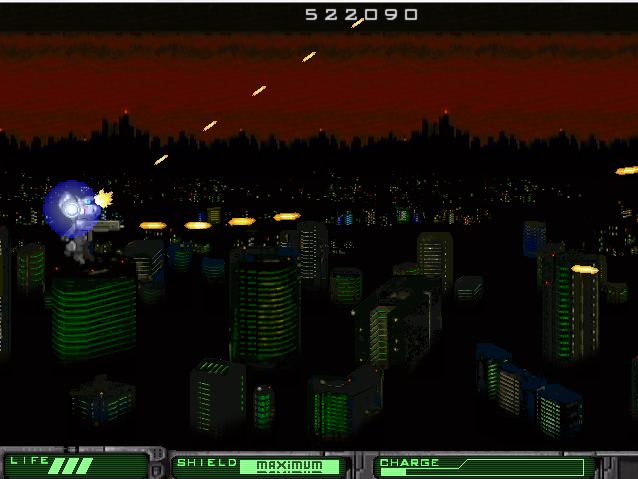 The game has 4 difficulty levels – Easy, Medium, Hard and Insane – and after selecting your difficulty level, you also select your main, auxiliary and backup weapons.        The Easy Mode is still hectic but gentle enough even for me to progress reasonably far into the game before starting to feel that it was getting too tough (yes, add shooters to platformers in the list of genres I’ve admitted to not being very good at!), while I can only guess at the horrors of the Insane difficulty level.  There’s a little bit of strategy involved too, in terms of both choosing your weapons at the start of the stage, to timing when you actually use your Charge Weapon. 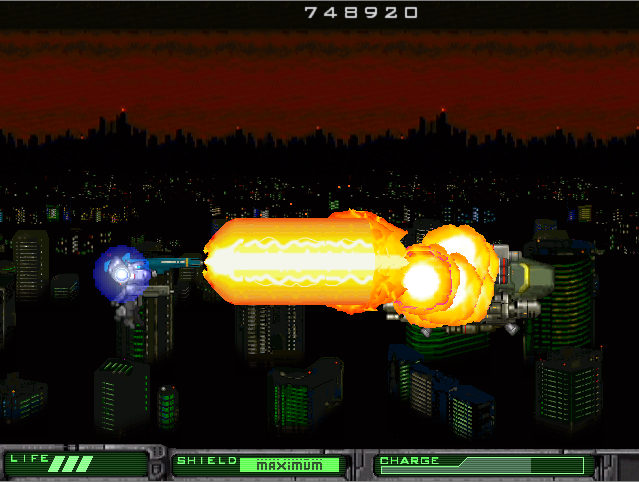 There are achievements – called “Emblems” in Armed Seven – you may not be surprised to learn that I have yet to get any of them.  They’re not along the lines of “well done, you’ve actually worked out how to press “Start” from the menu, so I’m going to give you an achievement” type of thing – the very first one on the list is for completing the game in Easy Mode.  They just go up from there…  You can start the game at any stage that you’ve already completed. 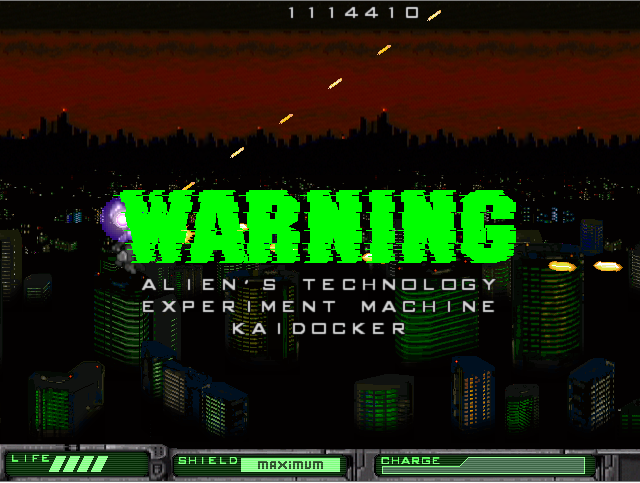 While it would be a very good game anyway, mention has to be made of one outstanding feature of the game that hugely adds to the enjoyment factor – the music.  Armed Seven has an absolutely stonking soundtrack.  There is a good bit of variety but every track is top notch.  The sound effects too are excellent. 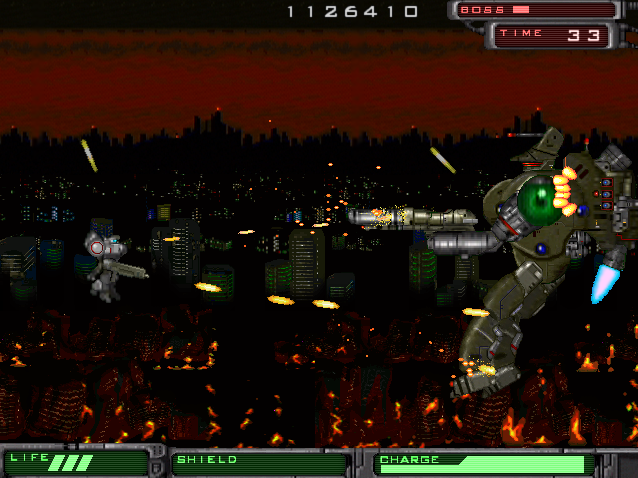 If you liked hectic shooters, I think you’re going to like Armed Seven a lot.  Of course, if you have a penchant for retro games as well, you’ll like it even better. 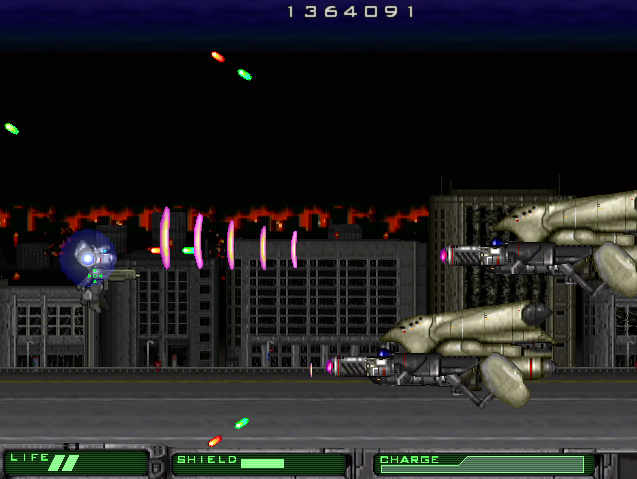 You can get Armed Seven on Desura (currently £3.99) - demo also available on that page.