Adventure game Conspirocracy will be launched on 8th December 2013.  Check the Desura Page for full details (and to pre-order) for £5.99.

A schoolteacher wakes to find his entire life is missing from public record. His bank account, his health care, his credit cards are all frozen when the government declares him to be a non-person. As he takes the steps necessary to pull his life back together, he becomes aware of nefarious forces that have conspired against him. The truth, it seems, is rarely pure and never simple. Conspirocracy starts in an exaggerated, highly-bureaucratic re-imagining of Toronto, Canada. Medical droids serve as gatekeepers between patients and doctors. The activities of beggars and buskers are regulated and tasked. Airport security is taken to an more extreme, disconcerting level. As the player, you will have your work cut out for you finding what you're looking for when the system is stacked heavily against you. 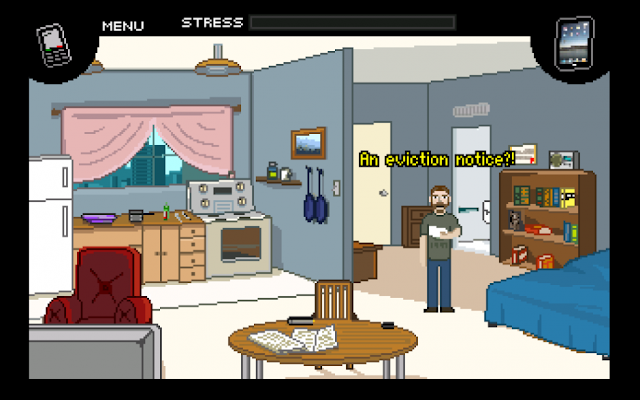 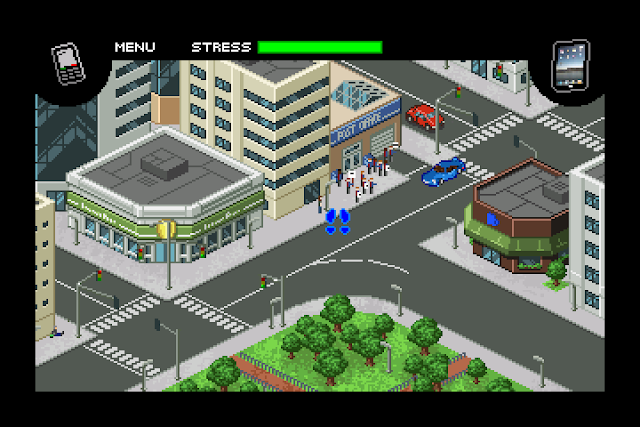 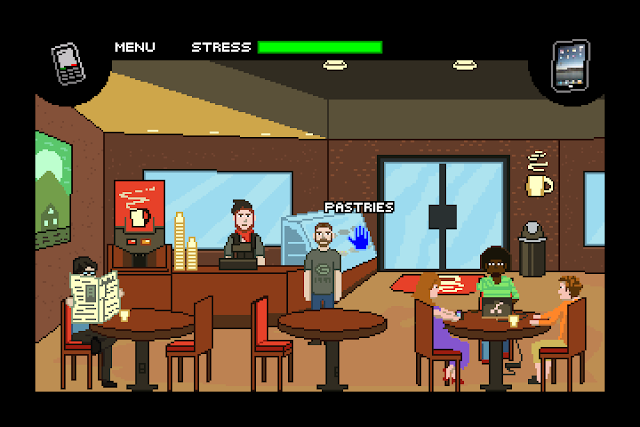 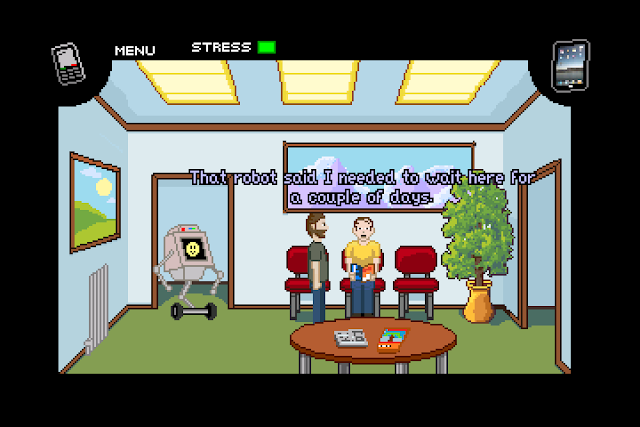 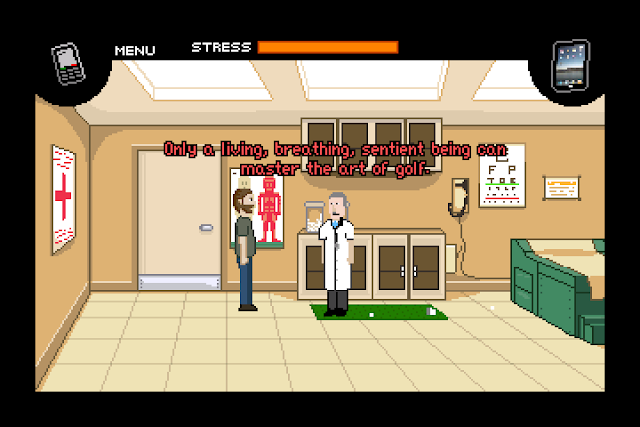 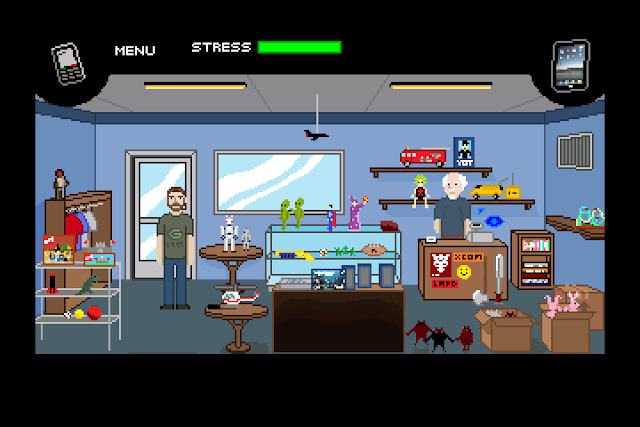 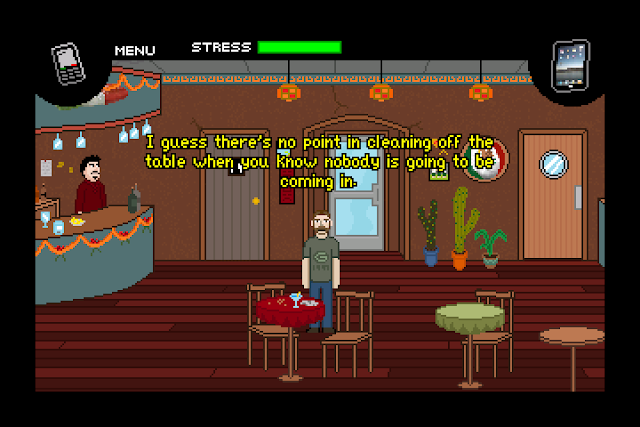 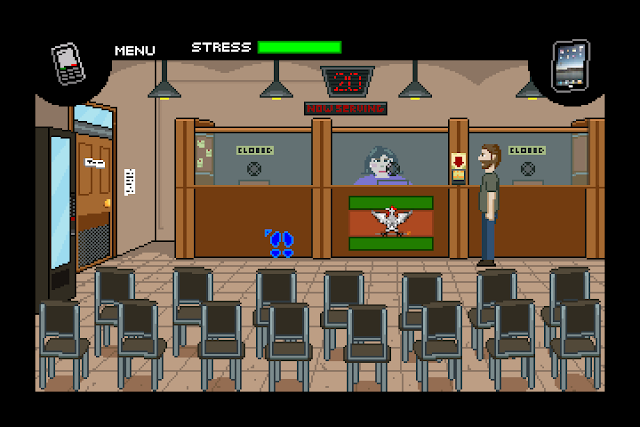 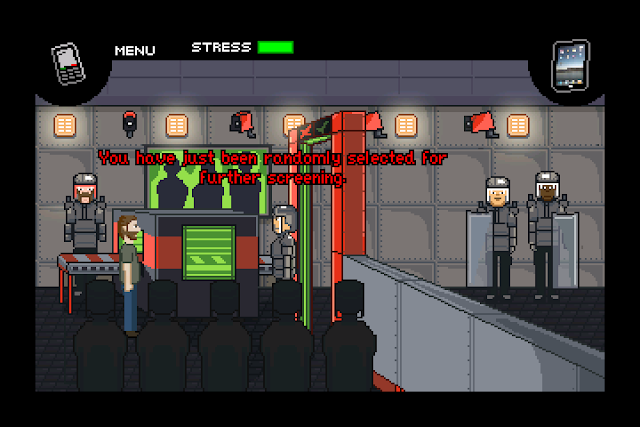 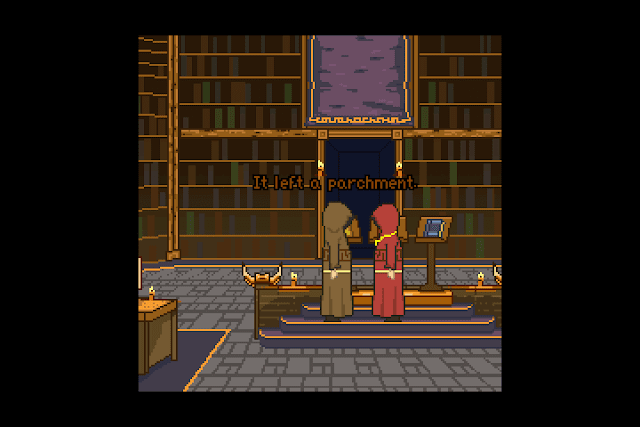 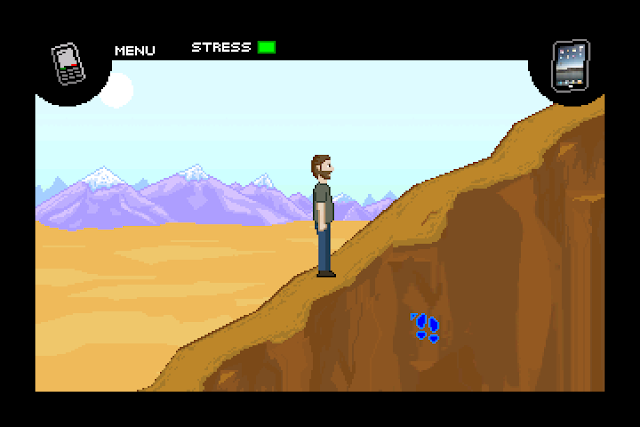 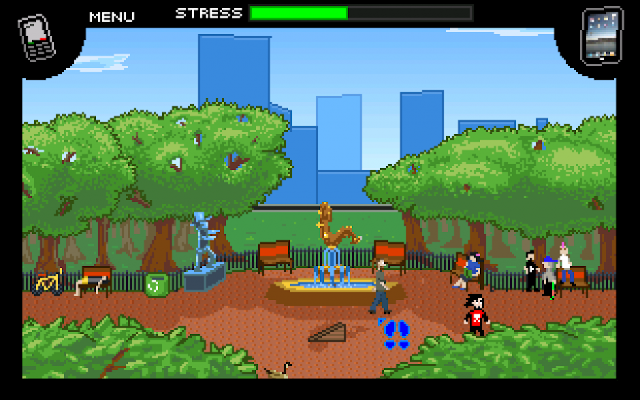