Wyv & Keep: Temple of the Lost Idol by indie developer Jolly Corpse is a 2-player co-operative platform game.  It can be played by one player controlling both characters – at least the early stages can – but having 2 players is definitely preferable (although there is also the option of swapping between the character being controlled, so it’s set up for single player pretty well) .  There is also an online play mode.

At its heart this is a fairly simple but quite often devious platform puzzler – the learning curve is very gentle though so it won’t take you long to feel that you’ve gone a respectable way into the game.   The graphics are nicely drawn and have a real retro feel to them, and there’s some good animation in there too – in fact the simple aesthetics initially belay the fact that there really has been a lot of detailed work put into the character art and animation.  There are lots of nice touches, like the look on their faces when someone stands on their heads (or pushes a box on top of them), or how if you manage to kill one character, the other bursts into floods of tears.  The music is extremely good, although the loop points jar a bit.

There is a story based around treasure hunters finding an ancient area in the Amazon full of treasure, pretty simple but with some amusing moments.  The writing comes across as rather juvenile but that seems to be deliberate because of the mentality of the characters.  (As you might expect from both the plot and the game's title, the influence of Indiana Jones is palpable at times...)

The controls respond snappily and the levels are very well designed.  It is easy to get yourself into dead ends but if that happens you can just restart the level.  The further I got into the game, the more I appreciated every aspect of it – including the writing, which definitely got funnier after the first half dozen levels or so.  Both the difficulty and the number of different things you can (and need to) do in the game increase slowly so as not to overwhelm the player, but quickly enough to keep the game interesting.

To be completely honest, when I first gave this game a quick spin, I didn’t think I was going to enjoy it much.  After spending a little quality time with Wyv & Keep however, I found that there really is a lot to like about it.  If you like retro style puzzle platformers, and especially if you have a friend to play it with, this is a game you will really enjoy.  With 60 levels to complete - and extra treasure to aim for on each level that might not be possible to reach simply by completing it - there's a fair amount of game time involved in completing the game, and it definitely has some replay value.
Wyv & Keep Screenshots: 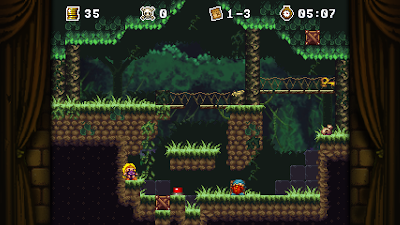 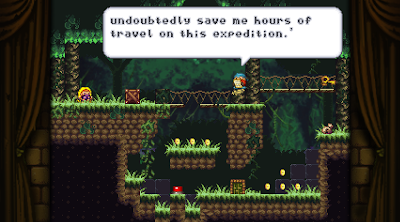 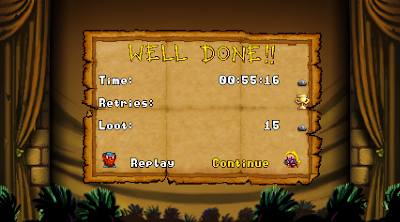 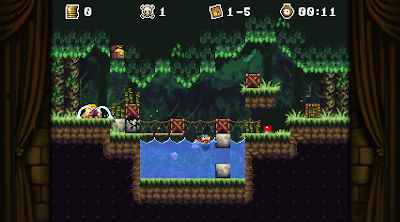 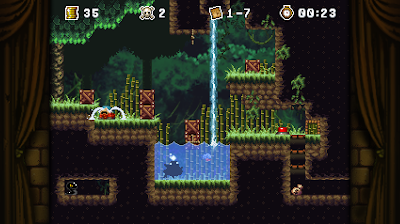