If you like the 9-letter word wheels that appear in the daily papers then you're going to love Lexathon, because that's exactly what the game is.  The game features a clear interface, a multitude of online high score features if that's your sort of thing, and a whole lot of puzzle action for word game fans.

Basically you're presented with 9 letters to make words from, which don't need to connect in any way (you can shuffle the letters around, but this is more to help give you ideas than anything) - but the central letter doesn't change and needs to be included in any word.  You are shown the number of words possible to make from the combination, have a time limit that is added to every time you get a correct new word, and your score is updated depending on how many words you get and how quickly you get them.  There is always at least one 9-letter word to be had from each combination.

From playing a number of games I have not come across any bugs.  The closest thing to a problem is that the words you've already found appear at the top of the page in a list that scrolls if you get enough of them - it can be a little awkward scrolling through them on a small screen display, although the game does of course tell you if you submit a word you've previously found.  The range of possible words for any 9-letter combination appears to be between about 25-150 (that may not be the full range, but from about the dozen games I've played it has always been in that range).

Your scores are all recorded for future reference, and if you've set it up to do so you can compare against players around the world.  You also get a comment on your score - from OK to Brilliant (again there may be more, but that's the range I've found so far).

All in all Lexathon is a very well designed game, simple in concept but if you're a fan of this kind of word game, the longevity is practically endless.  A nice addition to the library of an lexophile! 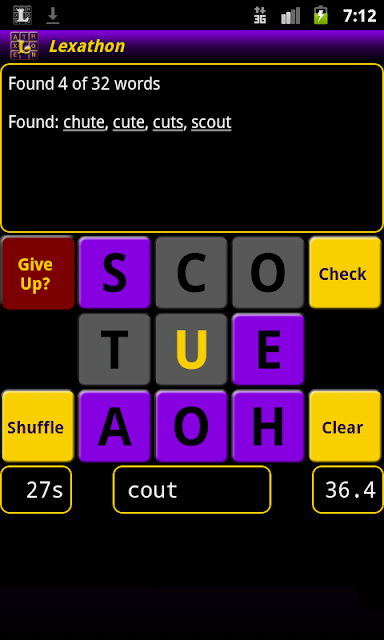 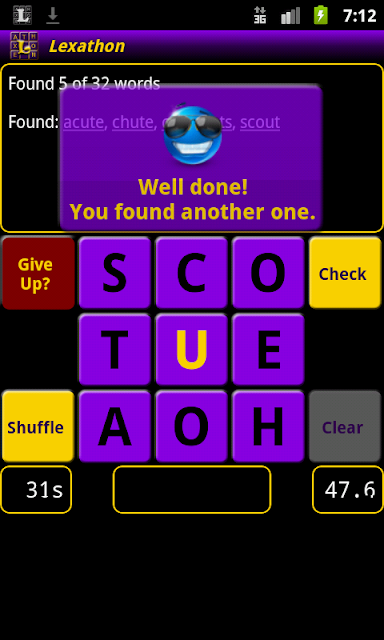 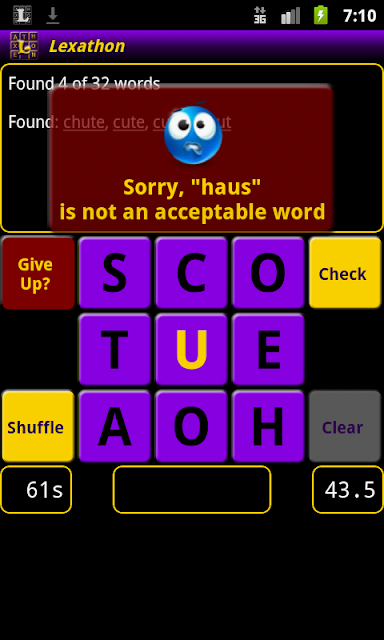 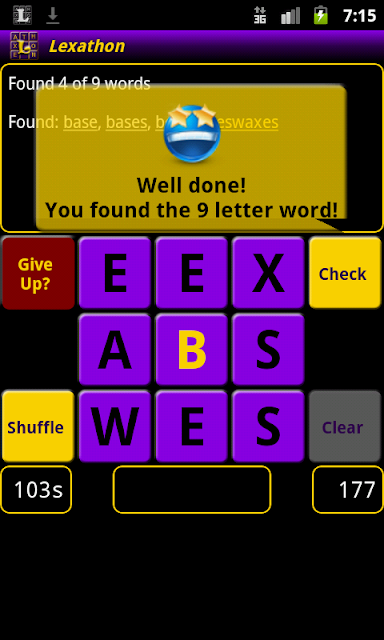 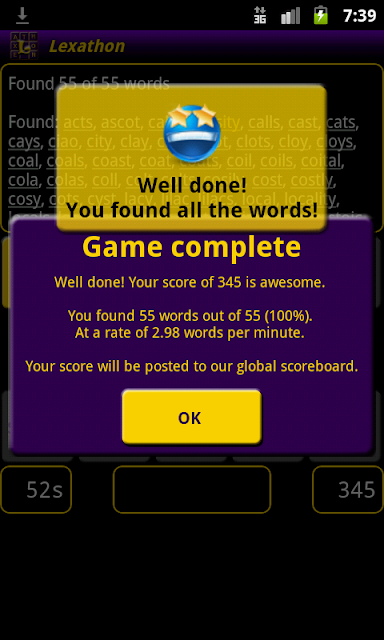 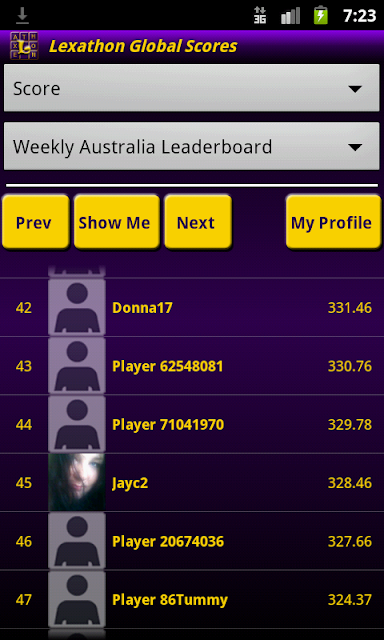 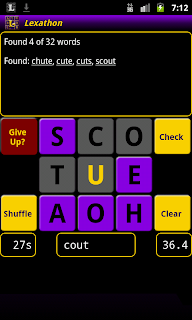 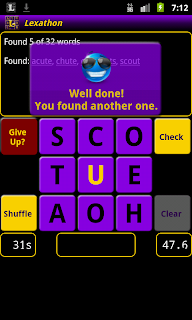 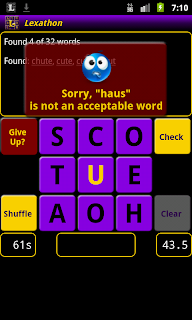 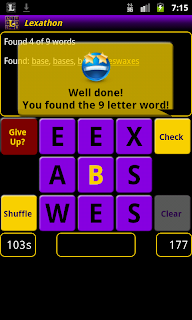 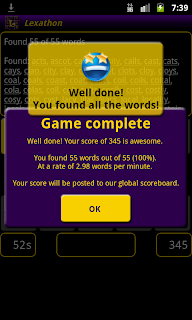 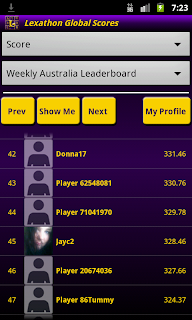