The Zombie Games - Annihilate Zombie Athletes In a Battle For Survival 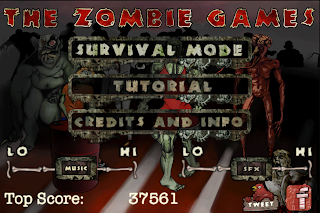 Sheffield, United Kingdom - Gamers looking for a mobile zombie shooting, survival game can now immerse themselves in the fast paced, fierce environment of The Zombie Games, launched today by Fresh Touch Media. Featuring an array of various deadly zombies, you must collect weapons and items, whilst managing your inventory as you battle for your life within the infested games stadium.


You take the role of Norris Ronson, a lone survivor, who must run around the map unearthing new weapons, ammunition, health packs and batteries (to power your torch when it gets dark). Use the inventory page to manage your items and set primary and secondary weapons.

The twin joysticks offer great control over Norris' movements as he runs around. Simply alter your thumbs flicking motion to change the throwing distance and hold the right joystick in the direction you wish to aim and fire.

Surrounded by swarms of weight lifters, footballers and even more hideously mutated zombies. Keep Norris alive for longer and the zombies will mutate into more hideous and powerful foes, offering increasing gameplay difficulty.

Pricing and Availability:
The Zombie Games 1.0 is free until September 4th, 2012 and is available worldwide exclusively through the App Store in the Games category.

Based in Sheffield, United Kingdom. Fresh Touch Media is an app development, graphic and sound design team founded in 2011. Our Brilliant team come from a background in music production, computer games, graphic design, illustration and web coding. Our aim is to create innovative and fun apps bringing new life and creativity to music production and video games 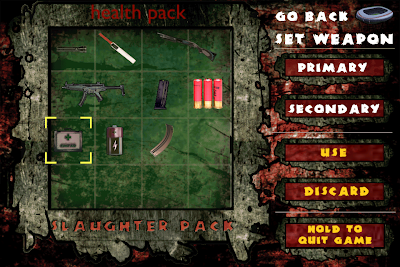 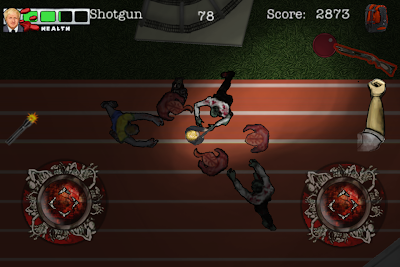