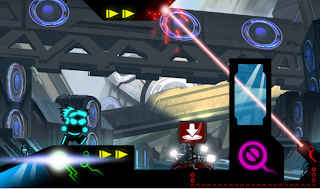 (Jacksonville, Florida) - August 6th, 2012 – XYLA Entertainment, an independent video games developer and publisher, today announced the launch an innovative KickStarter campaign to promote it’s one of a kind forthcoming game Rush Bros. A platforming multiplayer music based racing game with a revolutionary modern twist! Race through levels set to your own music that directly influences the way the platforms shift and move. http://www.kickstarter.com/projects/myxyla/rush-bros?ref=live


Remember the movie “The Wizard” where they debuted Super Mario Bros 3 and all the players raced against each other at the same time? Well Xyla Entertainment liked that idea so much they built a game around it.


Lead Game Designer, Ian Boswell describes Rush Bros as a “Fast-paced racing game from the people who played ‘I Wanna be The Guy’ and thought it was too easy.”


Boswell went on to say “Rush Bros is a 2D platforming experience unlike any so far, not only where seasoned veterans would be expected to die repeatedly to reach a goal, but a game which allows for single player and real-time split screen competitive play. Characters can wall-jump, ground-pound, power-slide, and even perform classic power-jumps. The goal of your game is to reach the end of a stage to press a magic button that will crush your opponent.” 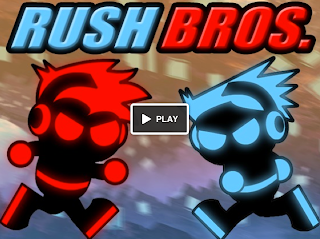 “The real secret ingredient”, added Boswell, “is the unique music feature we have developed allowing you to play the game to your own personal library of music tracks. The music you pick will not only influence how the stages looks but how they play.”


XYLA Entertainment are appealing for fans of platforming games to help them raise their target of $50,000 over the next 30-days which will enable them to build final levels, create missing art and apply final polish.


KickStarter donations vary from $1 to participate in the game beta, all the way up to $10,000, which will enable you to spend time with the company CEO, have a custom XYLA Entertainment iPad3, 4 VIP tickets to the game launch party, limited edition game art book and merchandise as well as a host of other mouth watering rewards. To see the full list of rewards and find out more about the game please visit: http://www.kickstarter.com/projects/myxyla/rush-bros?ref=live


The game is slated to launch on the Steam Network in late Q4 2012 on PC & MAC with 30 initial game levels. More DLC expansion is planned in 2013, which will include a game Level Editor.


About XYLA Entertainment
XYLA Entertainment is an independent New Jersey based video games developer and publisher. Backed by a team of exceptional talent, XYLA focuses on bringing edge-of-technology gaming to today’s intelligent gamer. XYLA thrives on pushing the boundaries of entertainment industries, combining multi-platform technology and fresh, innovative ideas. With a clear strategy, and while being partnered with the best in the gaming industry, XYLA is emerging as a leading presence in entertainment business. www.myXYLA.com