Curiosity out there on Mars, Cowbeam out here on Earth!

While the Curiosity has made its landing on Mars, Hank has touched down on Earth. Dutch indie development studio Digital Dreams released its first iOS game “Cowbeam” together with an animated short telling the story of Hank the alien.

"Cowbeam" can best be described as a singleplayer “Who is it?” with planets, where you must gather hints that point you towards the right planet where a cow resides. These hints range from the planet’s color to its size, and from the vegetation to the amount of moons orbiting around the planet.
The cows you’ll find resemble the planets they live on.  When the planet is red, the cow is red, if the planet is close to the sun, the cow could wear sunglasses or a sombrero, etcetera.

They are stored in canisters and become a colorful collection. There are some very special cows to be found throughout galaxies as well, so try to find them all!

"Cowbeam” is available to download from the App Store as a universal app in HD for iPhone, iPod touch and iPad.

About the intro movie
Hank the alien loves cows. Or rather is in love with one particular cow from earth. Knowing she will probably not fall for a weird looking alien like Hank, he forges a plan to win her heart. Hank wants to make himself appear like a handsome bull and to achieve this Hank needs the DNA of as much different cows as you can find. How many will he need? And will his plan succeed? Play Cowbeam to find out! 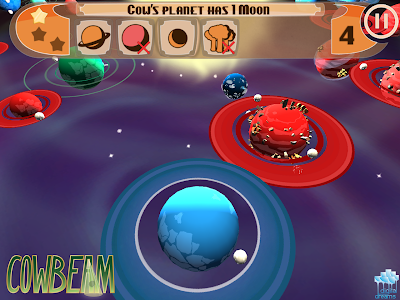 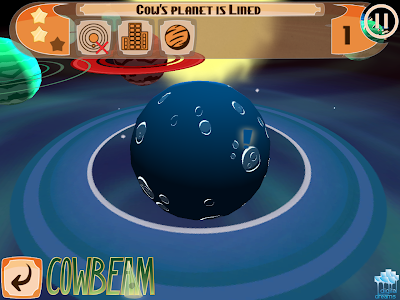 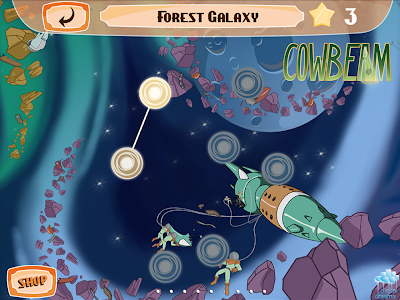 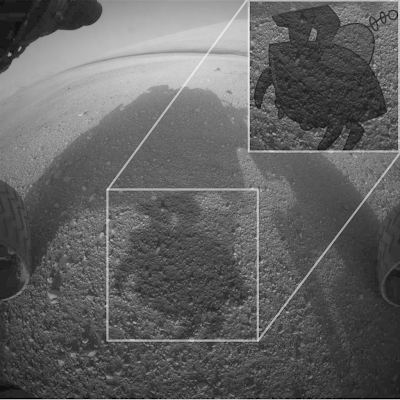