Los Angeles, California - SulliOS is pleased to announce the arrival of 'Achroma - Colorful Space Invasion Shooter'. Achroma is a tilt-controlled, tap-to-shooter with two gameplay modes: an endless Battle mode, where the player's ship fights through waves of enemy UFOs and powerful enemy motherships, and a Survival mode, where the player navigates through a progressively more difficult barrage of attacks. Players can compete in both modes on the online leaderboards and for achievements in Gamecenter.

In Battle mode, the player faces endless waves of red and blue enemy UFOs and occasional powerful motherships. With a swipe of the finger, the player's ship gains chromatic immunity to its own color. However, the enemy ships are also immune to their own color as well. So the player is forced to strategically control the color of the ship to clear out the enemy forces.

In Survival mode, the player faces an increasingly difficult wave of bi-chromatic attacks and must swipe to control the ship's color immunity and tilt to dodge and survive. The test of Survival is a good way to hone skills and earn coins towards upgrades in the Shop. In the Shop, the player can upgrade both the firepower and the defensive capabilities of the ship by spending coins earned in both game modes.

Pricing, Availability, and Promotional Deal:
Achroma - Colorful Space Invasion Shooter 1.3 is available worldwide for purchase for $0.99 (US). For a limited time (until Aug 15 2012), players will be given 1,200 coins for spending in the in-game Shop for upgrades. 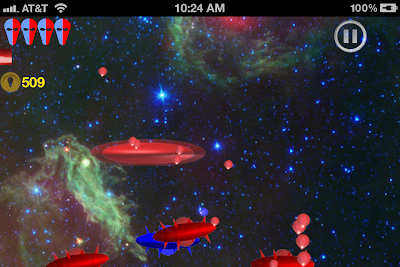 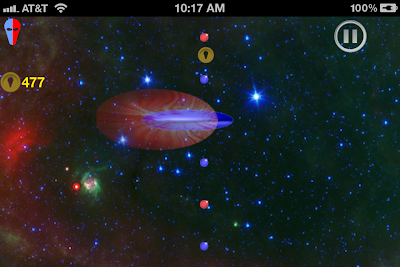 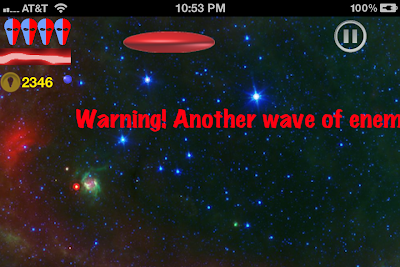 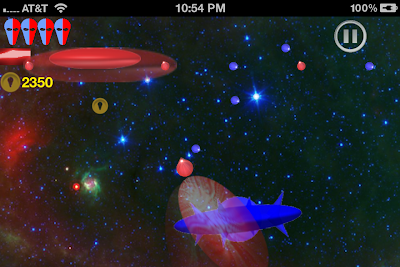