SickBrick is a simple PFS (First Person Shooter) by Croatian indie developer Mladen Bošnjakand published by Magrathean Technologies (must be Hitchhiker’s Guide fans!), set in a surreal world of what seems to be a post-apocalyptic world with our protagonist trapped in some kind of automated test centre, with the tests involving robots repeatedly trying to kill you.  The storyline (and voice acting!) are persistently surreal, which helps to give the game atmosphere despite a pretty thin storyline overall (though there’s a good plot twist near the end of the game).  You are following in the tracks of someone who went before you, leaving clues and directions.  The game is pretty linear; you’re never left in any real doubt as to where you should go next. 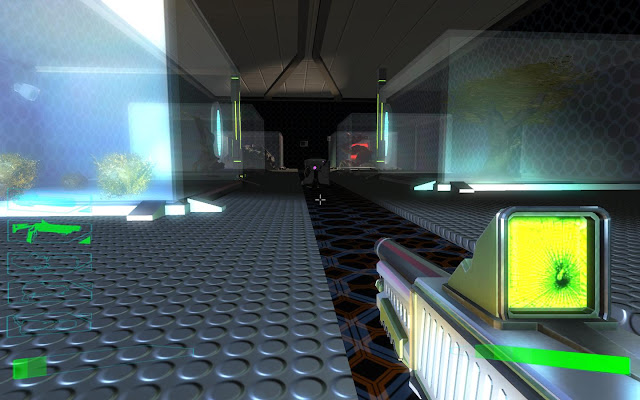 I suspect hardcore FPS fans will find the game very easy; I didn’t find it particularly challenging, despite the fact that I’m pretty bad at this sort of game.  The game features 5 different weapons, a lot of enemies, a couple of rather challenging rooms among the easy progress of the rest of the game, a few simple puzzle elements, and a few sections where you get to drive a tank.  This is a nice variation in the gameplay, although the cursor for these sections is much too small to see easily, and mouse cursor control is rather jerky.  Still the tank is pretty fun to drive and the landscapes look good as you trundle along.  The physics seem realistic in all areas of the game; always a plus point. 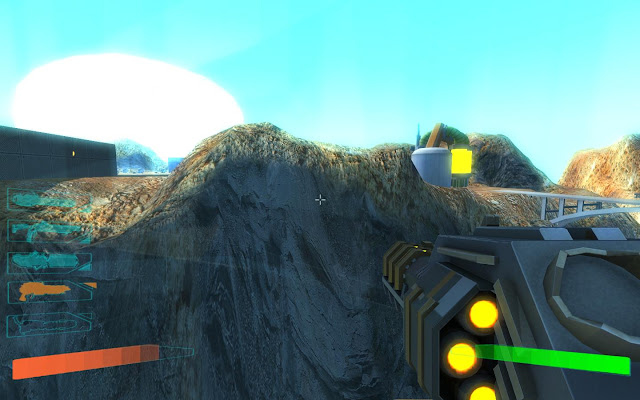 The graphics are nice and clean, simple in terms of animation but quit detailed in terms of your surroundings – the screenshots show this off quite well.  The game has some cool visual effects and overall it looks good.  The soundtrack rocks for a short time; however it loops much too quickly and gets a little irritating.  Sound effects are used sparingly but effectively.  If you're almost dying, the screen fades to greyscale and the image blurs, as you can see below - this is a pretty cool effect. 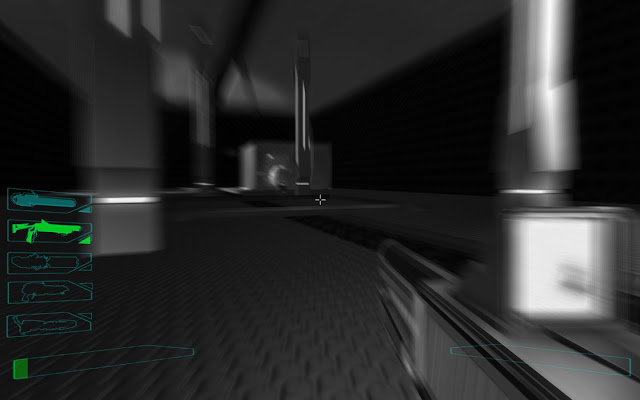 Overall, SickBrick is a simple but well produced FPS with a refreshing lack of gore (all your enemies are robots after all).  If you’re a hardcore fan of the genre I suspect you’ll find it too simple and easy, but if like me you only occasionally enjoy playing this sort of game and aren’t particularly good at them, SickBrick offers something unique.  (Incidentally, I have no idea why it’s called SickBrick.)  Or, if you like first person shooters but feel like something undemanding, SickBrick could fit the bill really nicely too.  It’s a fun and enjoyable game. 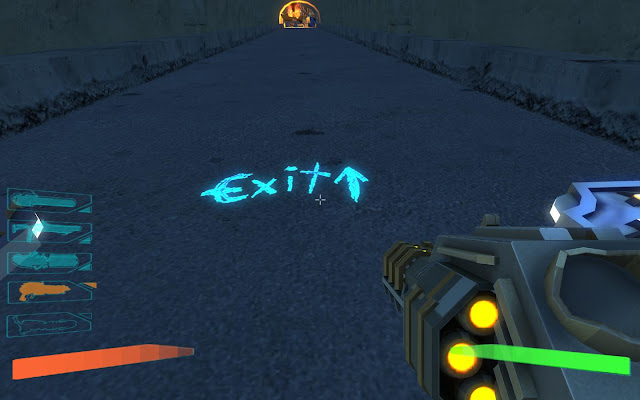 SickBrick is available for PC, Mac and Linux (PC version reviewed).  Apparently the Linux version runs under “Wine”, whatever that is (I’m assuming Linux users will know!) – at the time of writing this review, a native Linux port is in the works.  It's not a tremendously long game but should still take you a good few hours to complete. 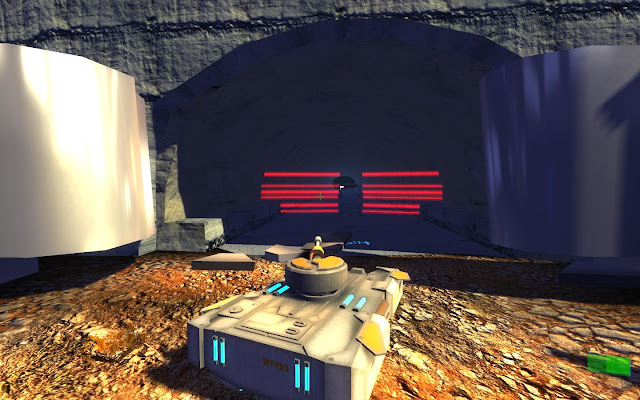