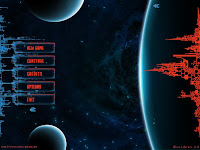 Blue Libra by Orator Games is a real-time strategy game set in space, where your race have been all but eradicated by the nasty Garian Empire, with only a single capitol ship, “Blue Libra”, surviving.  With such humble beginnings you must travel through the stars, reclaiming your lost territory and finally re-conquering your home planet.  It’s rather like a microcosm of Homeworld – but despite the small graphics and generally short missions, it’s a very enjoyable game, and definitely needs some good strategy and quick reactions to win at the higher levels.  There are 3 difficulty levels – Casual, Normal and Expert – in Casual you’ll probably complete the full campaign in around 2 hours; as the name suggests, it’s not much of a challenge.  In Normal difficulty mode the AI is much more aggressive, and it may take you around twice as long to complete (I didn’t time it).  Expert level really ups the stake; along with the more aggressive AI, the enemy ships are more powerful.  Some levels seem pretty much impossible in Expert level. 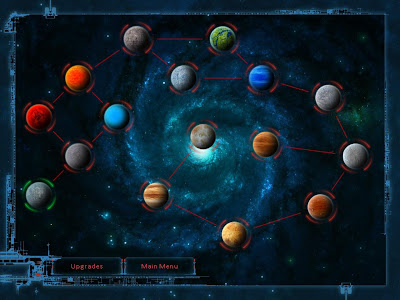 As well as the campaign, there is a randomly generated skirmish map, which is pretty good and adds to the longevity of the game.  The individual maps in the campaign mode (there are 16, though 2 or 3 are optional) take about 2 minutes in the early stages in Casual mode, to quarter of an hour or more in Expert.  The game starts with a tutorial, which is well designed (and helps you understand the interface, which again is very well designed), and after you complete maps you earn a reward, which can be used to buy upgrades.  There are 3 strands of upgrade; Economy, Warfare and Tactics.  With 6 progressively helpful upgrades in each section, increasing in price as you go, there’s a bit of strategy involved deciding which ones to go for at which stage.  A large part of the game centres around Command Points – you need them to build more ships, more powerful ships require more command points, capturing planets and space stations enables you to get more command points. 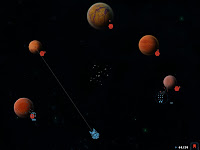 The graphics, although featuring very small sprites, are nice enough, and the ship classes (which appear slowly during the course of the campaign) are different enough to notice even when there are a large group together.  The music is nice and atmospheric.

While Blue Libra is much simpler and less visually impressive than many RTS games, it’s got enough complexity and depth to keep you playing for quite a while.  At $4.99 you’ll get a good few hours out of the game, and if Orator Games release free mission packs for this in the future, it will end up representing very good value for money indeed.  It’s simple enough for newcomers to the genre to enjoy, and the Expert level is going to have even veteran RTSers scratching their heads for quite a while.  (This game reminds me very much of what Auralux could have become with further development.) 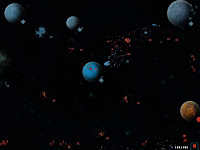 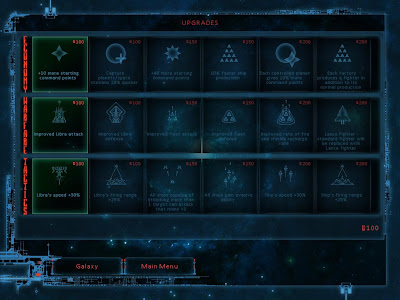